If I had to choose 3 cheap guitar pedals... 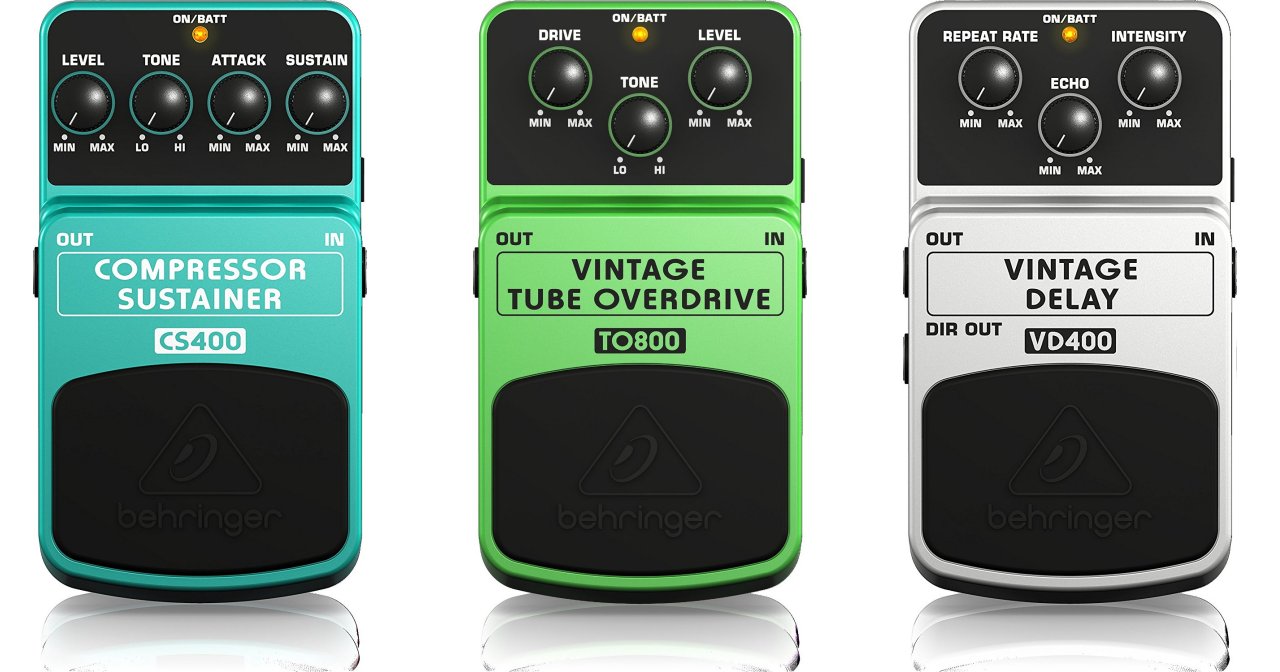 If I weren't using a multi-effect floor unit and had to go with pedals, there are three I would use.

Before I get into that however, in my last newsletter I talked about effects, mentioning the old stuff I used to use and what I use now, which is the DigiTech RP360.

But I made mention that were I go to all-pedal, as in traditional pedal, I would use nothing but Behringer because they build dirt cheap BOSS clones.

Three things I require in my effect lineup are compressor, overdrive and delay, in that order.

Do the Behringer pedals get the job done? Yes, they do:

Behringer is BOSS sound for cheap, with the only tradeoff being the plastic instead of metal cases.

This basically means as long as you don't treat the pedals harshly and keep them clean, they'll last a few years. And by that time they'll have more than paid for themselves.

If I had to give up my RP360 for just 3 pedals, Behringer would be my first choice, because dropping $75 instead of $350 is a lot nicer on my wallet.