5 cheap luxury wristwatches for under $100 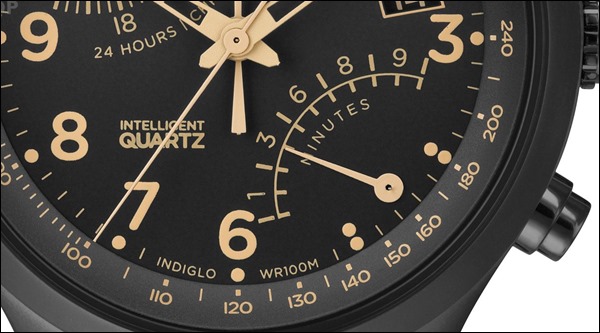 Watches are cool, and getting a luxury watch that's cheap, looks good and makes you feel good is even better.

Note: Every watch listed here is under $100 at the time I write this. Prices may go up in the future.

Since I started getting into watches, I've been studying them and learning more about what's good, what isn't, what qualifies as luxury, what doesn't, and so on.

What does "luxury wristwatch" mean?

This term has absolutely nothing to do with features and everything to do with style. Basically put, if it fits a certain look and functions well, it is good regardless of who made it or what you paid.

What does "cheap luxury" mean concerning a wristwatch?

Technically, anything under $2,000 would be considered cheap as far as timepieces are concerned.

However, you can get something really nice for under $100 when you know what to look for. 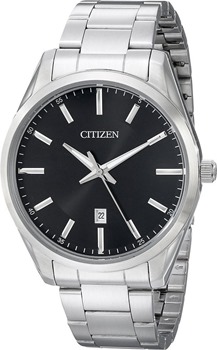 This is a solid daily wearer with a simple display with day-of-month at the 6 position, luminous accents, quartz movement and rock-solid reliability. 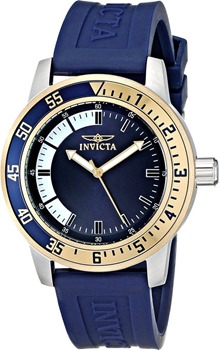 This watch is unintentionally a super-easy-reader. Time only, no date, and it has thick hands with arrow tips that make it ridiculously easy to tell the time at just a glance.

Granted, the polyurethane band on this watch isn't to everyone's liking, but it's nothing you or a local jeweler can't switch out quickly for something else. Maybe a two-tone gold/stainless bracelet? 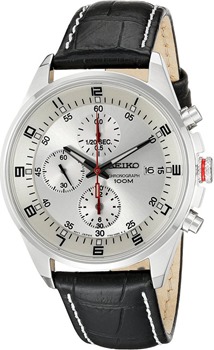 This is a super cool looking retro-styled chronograph watch from Seiko. I like how the outer numbers turn with the bezel, and the red band around the crown is a nice touch. The black band with stitching also fits this style very nicely.

Holy crap, did Timex nail it with this watch. Whoever designed it should be given an award because it is the best looking Timex I've ever seen, and I'm not exaggerating when I say that.

The Timex T2N700 flyback chronograph is a near-perfect blend of form + function. It has the just-right blend of a busy-but-not-too-busy face and an overall non-shiny look that gets it so right. 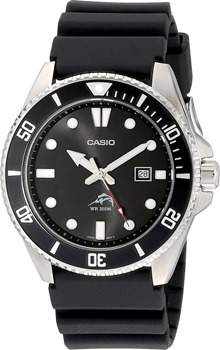 This is the cheapest watch on the list, and it's basically Casio's version of a cheap Rolex Submariner.

Why own this? Simple answer: It's pretty much the only cheap diver's watch that you can actually dive with that will work like it's supposed to.

Other watches under $100 claim to be diver's watches. They're not, because when they get wet, the underside of the lens fogs right up and the watch becomes useless in short order. This Casio on the other hand, which does have a true screw-down crown, one-way rotating bezel and screw-lock back truly does act like a diver's watch is supposed to act.

What's the only thing bad about the Casio? It has a cheap resin band. The watch itself is stainless steel all around, so no worries there, but the band is awful. However, that's nothing you can't swap out for a metal bracelet you can buy separately for cheap.

When you want a cheap, fully functional true diver's watch, Casio really does deliver with the MDV106-A. And while the band is cheap, so what? Change it. Problem solved.