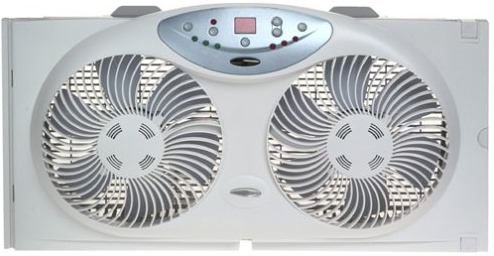 For a good chunk of my New England life, I lived with no A/C whatsoever because it simply wasn't required. Only for maybe 1 to 2 weeks out of the year did you really feel the heat and cranked up A/C if you had it.

It's during the winter months that New England living is most expensive primarily due to the heating oil bill. It's absolutely required to keep the pipes at a minimum 55F, else they'll freeze and you have no running water.

As crazy as this sounds, the best course of action to save cash on heating oil during winters in New England is to use an oil-filled electric radiator. You set the house thermostat to 55F so the pipes don't freeze, put the radiator in the bedroom, set to as low of a setting as possible to stay comfortable and the heating oil cost for the rest of the dwelling won't skyrocket.

Florida has the exact opposite issue. The winter months are the most pleasant because on most days you don't need to run A/C. But from April at the time I write this until about mid-September, people are cranking up A/C units everywhere and spending huge dollars just to cool their houses and apartments.

I live in a 2-bedroom apartment, and my electric bill last month was $57. That's about as low as you can get it in Florida. And bear in mind that cost includes running cycles of my own electric clothes washer and electric dryer every month.

How do I keep my electric bill so low? I know fans and know how to use water for cooling effectively.

Knowing the difference between air cooling and air conditioning

The most common way to cool the air is by use of an evaporative cooler. And I can tell you right now that this does not work in Florida because there's too much moisture in the air for it to have any effect.

A "redneck way" of evaporative cooling - which again, does not work in Florida - is to use an ice chest with two holes cut in the top. One hole is the exhaust and the other is for a fan. The fan brings air in, circulates inside over some ice, and goes out via the exhaust hole or port as it were. The chest is filled with ice and cool air does come out. So what's the problem? You're adding in a ton of moisture to the air that's already humid, and that will ultimately result in the room getting hotter and not cooler.

The only redneck way that truly conditions the air rather than just cools it is this:

The parts needed for the above DIY air conditioner is:

Why is the above true air conditioning? Because it's barely adding any humidity to the air. Water circulates through the copper tubing which makes it become cold. The fan pushes air over the cold tubing which results in cooler air, and thus cools the room without overly adding in any humidity, and that's why it's true A/C.

There are, however, a few drawbacks, but they're fairly minor.

Depending on how cold the water is going through the tubing, condensation will start to form on the outside, and that can add humidity to the air, but not too much.

The bucket must be covered, else the water will evaporate into the room and possibly attract bugs as well; this is why I state to get a 5-gallon bucket with a lid. Yes, you will have to drill holes for the tubing and the wire for the fountain motor, but that's easy.

The water and/or ice must be replaced every 2 to 4 hours, depending on how hot it is on a given day.

Most pedestal fans aren't quiet, so this could be a bit loud.

How much cooler can you go with this DIY A/C?

If the room is enclosed, like a bedroom, a pedestal fan that throws good air can get the temperature down to 72F without issue. The only time it doesn't is if the bedroom is huge, where in that case you can expect somewhere between 75F to 80F.

For large, open rooms, don't expect miracles. You may need to use both the DIY A/C in combination with a large dehumidifier. And yes, that is still cheaper than running conventional central air conditioning.

Dirt cheap easy ways to get cool without A/C

Fact: Most of the time you don't need A/C at all, even in Florida.

More often than not, if you want a cooler room, all you need is moving air - if it's the right kind.

Ceiling fans for most people are worthless if that's the only fan you have. It doesn't matter whether it's pushing air down or up because there's simply not enough air flow going on.

A combination of window fans, pedestal, box and/or ceiling fans with a periodic splash of water however can make all the difference.

Most fans on medium setting will only use around 50 watts per fan at most. So if you ran two fans, one in the window and a pedestal, and ran that 24 hours a day, that's 2.4 kWh a day or around 72 kWh a month.

To put this in comparison, a window-mounted 9,000 BTU/hr air conditioner run only 8 hours per day eats up 321 kWh a month on average. If it's a central air system, the same 8 hours a day for a month spikes to 857 kWh a month.

I state this because if you were wondering why fans are so much cheaper than A/C, now you know. Central A/C uses a ridiculous amount of electricity. Fans don't.

Fans I recommend other than the window fan shown at top 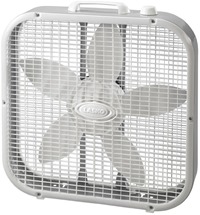 Old-school style box fan. Cheap, quiet, works. Use on the floor or in the window if it can fit there. Don't buy one. Buy two. 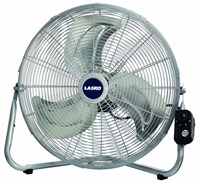 I only recommend one of these to those with large rooms that need something that can really throw some air. Any fan billed as "high velocity" will be loud, and that's just the nature of the way they are.

The loudness won't be too much of a bother in a large room because you can place it far away from you and still feel the air flow.

And yes, the price of the 2265QM is dirt cheap compared to an A/C bill; it's lower than you think. 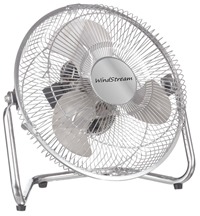 Windstream (or other brand) 9-inch fan

The best use of this one is on the floor when working at your computer desk. Set it down, point up towards you and feel the breeze. Just make sure your floor is clean first or you'll be blowing dirt up at you.

How does a splash of water help keep cool?

Okay, so you've bought your fans and you can now feel the air. Good. But there are times when you still feel too hot.

Wet your head. Grab a hand towel, soak that, put on your head and make it damp. Then sit in front of one of your fans and watch how fast you cool down.

Want to feel even cooler? Wet your neck as well.

Want to feel cold? Get a t-shirt, put it on, soak just the shoulder area of the shirt and sit in front of a fan. You'll be shivering in less than 2 minutes.

"What about when I sleep at night?"

The old trick to keeping cool while you sleep is by use of a box fan. Take the box fan and set it against the edge of the bed on the floor so that air runs under the bed. That air will escape out the sides, up and around you. Combine that with a pedestal fan pointing at you and you'll stay cool enough to sleep without A/C and be comfortable.

If you want to make it even more effective, make sure the headboard side (as in where your pillows go) isn't against the wall. Air will go under the bed, hit the wall and escape up near your head for a nice soft breeze.

People in Florida are already cranking up the A/C...

I only turned on my central air once since 2014 started; it was for 5 minutes and that was only to check if the central air system is working properly. Other than that, it's remained off.

That can't be said about other locals however. Even in my own neighborhood, I've been hearing those central air units fire up as early as last month (March 2014). What a waste.

Bear in mind I'm not talking about people with children or infants using their A/C here. I'm talking about regular non-senior adults, many of whom don't have any children living in the house. And they're all turning their homes into freezers.

It's not that I'm not totally anti-A/C as there are Florida summer days that require it. But it's not even summer yet and people here are blasting the A/C and paying huge electric bills already.

Do none of these people know how to use fans? I guess not.