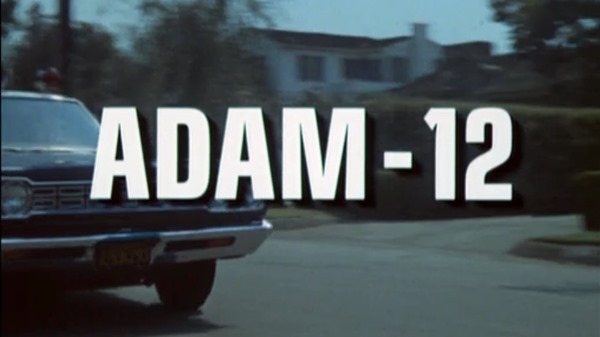 I finished watching Dragnet on Netflix a little while back and have been watching episodes of Adam-12 off and on.

Now I will admit up front that Adam-12 is nowhere near as good as Dragnet is. Not even close. However, the styles of both shows are very similar. Why? Because Jack Webb took part in creating the show, and was the executive producer as well.

There's one episode of Dragnet where you will see Malloy and Reed there. It's in the episode "Internal Affairs: DR-20".

By the way, yes you will see the same sets and locations shared a lot between those two shows. You'll also see many actors that worked parts on both shows too. So if you watch Dragnet first and then Adam-12 second, you will instantly spot familiar sets and think to yourself, "Yep! Seen that house before. And that hotel too. And that road..." You'll also think to yourself, "Yeah, I've seen that guy before. And that lady too.."

Adam-12 is considered to be the last "good cop" show. And by that I don't mean "good cop show", but rather a police show in where the cops are shown as the good guys where they exhibit high moral values. Sense of duty, sense of honor, sense of police brotherhood, rigid responsibility to the citizenry, etc. All that stuff is in the show.

The show ran for a long time. Seven full seasons from 1968 to 1975. I've no idea how well it did in the ratings, but it must have been good enough to keep people watching it.

I've almost finished watching the second season, and to be honest I don't know if I'll watch the rest because I'm not nearly as interested in this show as I was in Dragnet.

Here's some observations I've had about the show so far.

The attitude of veteran cop Malloy is of a guy who is flat out rude. It's really difficult to like this character, and in all honesty I don't. The character is a guy with a permanent bug up his butt.

What's even more annoying is that there have been several times he's been introduced to women by his partner - hot women mind you - and he won't give them the time of day. We're talking ridiculously hot girls here, and Malloy wants no part of them. And in the few instances you see him with a woman, who of course is supremely hot, he just doesn't care. It honestly makes you wonder if he's gay.

There's one episode in particular where he gives a traffic ticket to this insanely hot blond who is absolutely loaded with money. This blond starts pawing after Malloy and totally wants to bang him, so much to the point she even bought him a Porsche, which he of course refused to accept. Yes, really. Malloy wanted nothing to do with her. Totally hot chick, absolutely loaded with cash so she's not a gold digger, and a fine prize for any man, but... nope. Malloy couldn't be bothered. At the end of that episode, he finally relented and went on a date with her, which you never see because it's only said he would. After the date, his only explanation for why those two won't be seeing each other is that he told her something that would "make sure" neither of them wouldn't date again. My guess is that he told her he's gay. What other possible explanation could there be? The guy just needs to come out of the closet.

If a big-racked, hot-butt blond with a perfect face and body along with being loaded with money came up to me and said, "Here, have a Porsche. Now come over to my house and f--k me", I would have been naked and in her bed right after the word Porsche.

Malloy at times also drives like a complete idiot. Almost every time he pulls up to a scene, he slams on the brakes, screeches the tires and I'm surprised he doesn't run over a baby on his sudden way to a halt.

Basically speaking, Malloy's character is just a tough one to believe. Stiff as hell, hates women, sarcastic in a real non-funny way... the guy is just rude.

Reed is the rookie cop and a much more likeable character. The guy is married, and even though his wife is a total ditz, that's fine. For some reason I get the impression that his wife used to smoke a ton of weed (or maybe she still does) and was a total tart in high school. Her character is just that she's basically a busybody and is always complaining about something whenever she's not busy. I think the writers probably had a hard time depicting what a "1960s cop's wife" was supposed to be. When it came to writing for an older cop wife, that was easy because all she had to do was be elegant but firm. But for a young cop wife, the writers had no clue.

Reed tries his best to make friends with his partner, Malloy. But Malloy being the total rude dude he is always shoots him down with one of those non-funny sarcastic idiot comments (again, writer's fault there). Reed, not knowing any better, just takes it. Over and over.

There are times when Reed is smart, but other times when he is ridiculously stupid. It's almost as if the writers for the show would simply flip a coin to decide whether or not Reed would be smart or stupid for that week's episode.

Reed's character definitely has more of a moral center than Malloy does. Malloy is hardened and crusty, but Reed isn't and actually has a heart when it comes to his work. That's a good thing, because above all else, it's the only thing that makes his character likeable.

All the stories told, said honestly, suck. And the reason they suck is because of the stiff acting. I don't blame the actors for this but rather the writers. The actors are handed a script, and the director says "Okay, act like cops", so the actors take their best guess as to how a cop is supposed to act like. The end result is acting that's a bit on the plastic side.

Good episodes of Adam-12 is when the show brought in some really good actors that weren't playing cops and had actual character to them. For example, that episode where I talked about that super-hot blond that was pawing after Malloy? She was a good character, and it wasn't just because she was hot, but because she was also interesting.

Whenever actors are playing drunks on the show, that's always a good episode because they are hilarious.

Like Dragnet, Adam-12 absolutely hated hippies and went after them with a vengeance. Anyone who smokes weed - even if the person has just one joint that's not even lit - is as far as the show is concerned a total menace to society and should be locked up immediately. I don't even smoke weed, but when watching how the show treated hippies, I was thinking to myself, "You have GOT to be kidding me..."

Cops on Adam-12, of course, never smoke weed. Ever. And this was during the late 60s and early 70s. Riiiiiight... Maybe if Malloy smoked weed, he wouldn't have been such an idiot.

Aside from the hippies, Adam-12 also hated what they coined the "counterculture" of America at the time. The show depicted the cops "just trying to do their job", but there were many instances where the cops outright harassed citizens for basically no reason. You'd have to watch the show to know what I'm talking about. 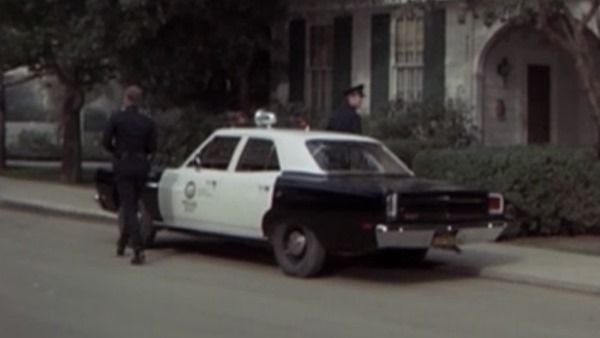 The cop cars used in Adam-12 were all Plymouth Belvederes in the early years, a Plymouth Satellite for one year, and AMC Matadors after that until the show ended.

Are the Adam-12 patrol cars memorable? Not to me. The ultimate memorable cop car is the one used in The Blues Brothers, which was a '74 Dodge Monaco. That car was amazing because it was old, dirty and ran like a bat out of hell.

Seriously, FELL THE ADRENALINE RUSH when watching these:

Those Belvederes in Adam-12 have got absolutely NOTHIN' on "that s--tbox Dodge". 🙂

I will say this however about the cars used in the show: At least Adam-12 had the nerve to keep up with the times and used cars the LAPD actually used, and changed them when it was necessary. Dragnet didn't do that. Friday and Gannon drove that same craptastic 1967 Ford Fairlane from beginning to end.

Is Adam-12 worth watching?

Somewhat. It's woefully dated. While it does have a Dragnet style to it, it doesn't have the flavor, but...

...it's been said that Adam-12 is like watching life through the windshield of a car. I'd have to agree with that. The more you watch the show, the more you think you're actually living in that time (in short bursts, obviously). With each episode watched, you actually start to learn the environment they patrol, get to know certain characters fairly well and yeah you feel like you're living in the "clean side" of the late 60s and early 70s.

You can get wrapped up in the Adam-12 world. Sort of, anyway. If you watched 4 episodes in a row, that's about the length of a short movie. Watch anything for that length of time and yeah, you get that "took me to another place" feeling. A little bit, anyway.

I'm not saying Adam-12 is great television or anything like that, because it is a bit plastic. But it is unique.