There's some good ones this year, and you'll definitely want to check these out. If you get the jump on them before November 24 (which is when Black Friday is for 2017,) you won't have any problem getting any one of these.

Starting with the above is the Gibson Les Paul Studio Gold Series in Wine Red finish. Definitely one of the best looking Les Paul guitars I've seen. It's done so well that you forget the fact it's a Studio and not a Standard model, which basically means no body/neck binding. And since it's a Studio model, it's priced lower than the Standard. You really don't get all that much more with the Standard other than a higher price tag, so this one is a really good deal.

It should also be noted that, thankfully, there is absolutely none of that wacky robot tuner garbage nor any other "improvements" on the Studio model. It's a true Les Paul, the way it should be. No awful surprises here.

This is a guitar I've mentioned recently, and as luck would have it, it's an unbelievably good Black Friday deal. The price is LOW and the quality is HIGH. Great guitar to give as a gift or to have as a spare. It's also mod-friendly, so if you want to swap out the pickups and tuners (not that you need to,) no problem. 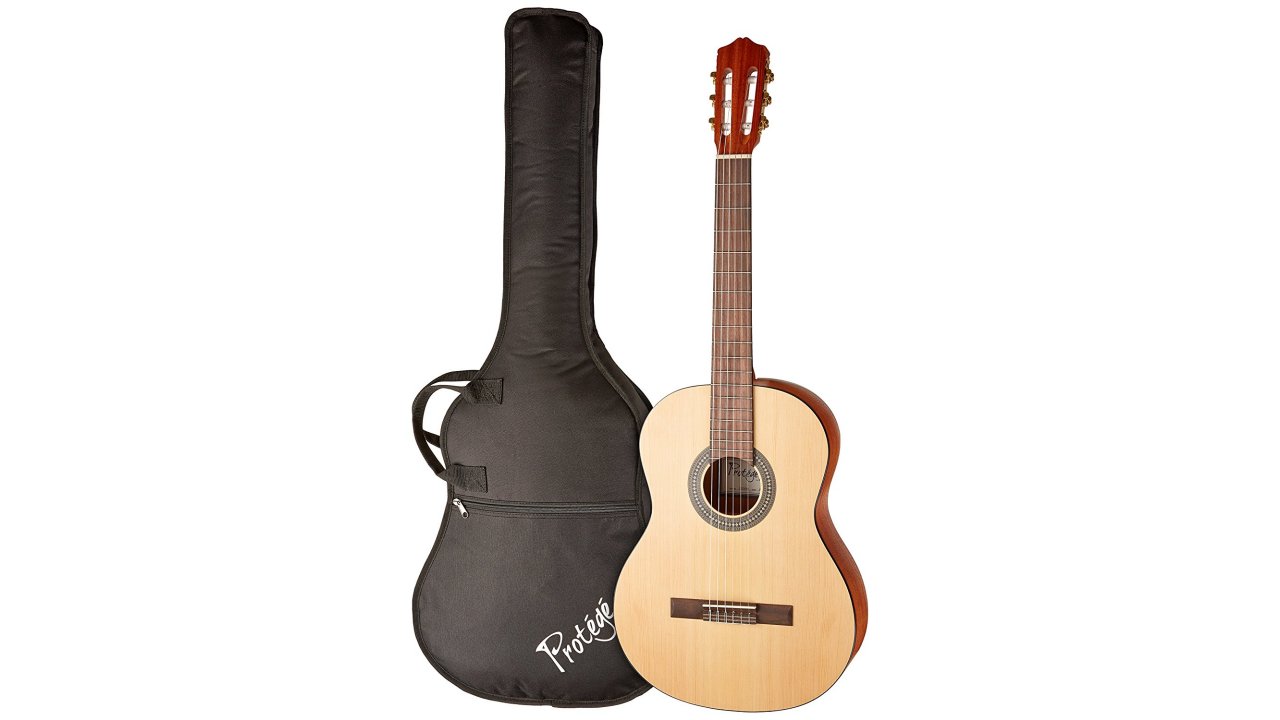 Where nylon string (meaning not steel string) classical guitars are concerned, I like the fact this one comes with everything you need. Guitar, gig bag and tuner. Do you need anything else? Nope.

If you've never played a classical guitar before with nylon strings, they are very easy to play - especially for those with sensitive hands and fingers. The nylon strings don't hurt the fingers at all and are easy to press down to the fingerboard.

This guitar is already priced low, but you can take off an additional 20% if you have Amazon Prime, which is even better.

This guitar is Les Paul shaped, but the neck is a thin-U shape contour with extra jumbo frets on the fretboard. That basically means if you like a Les Paul but prefer the thinner neck with bigger frets for easier soloing, this is the guitar for you. Yes, it has the same 24.75" scale as a Gibson Les Paul, yes it does have body and neck binding and yes, it has traditional passive electronics (which makes for easy modding.)

Again, this guitar is priced low, but with the 20% extra taken off, it's a steal.