Before I get into that:

I just arrived home from up North. I did not expect the i3 to be here. GPSExplorer.com said there was a signature required on delivery. Box was left at my house anyway - WHICH IS GOOD because I didn't have to drive to Bozrah for a failed delivery attempt.

The i3 came in a little box. It's just over two pounds shipped. This box was in a bigger box surrounded by a massive amount of packing material (that's a good thing, not a bad thing). 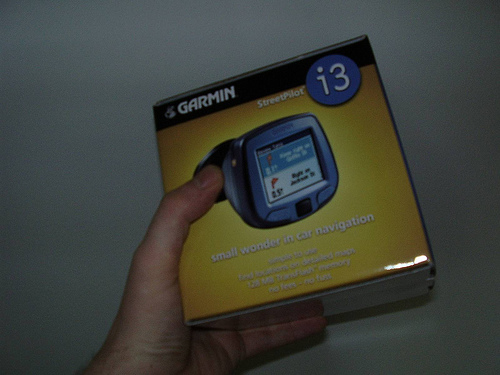 Garmin i3 in the hand. Is it small? Yes. Too small? That's for you to decide. I personally think it could be just a tiny bit bigger. 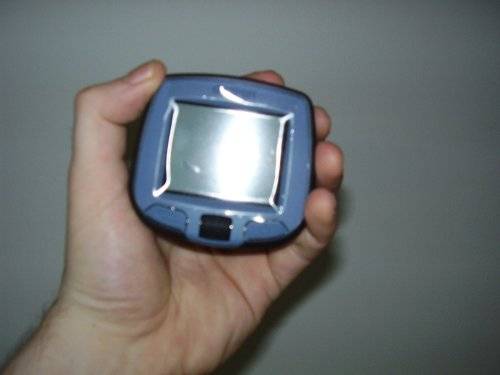 All the stuff that comes with the i3 (quite a bit actually) shown on top of pizza box. 😉 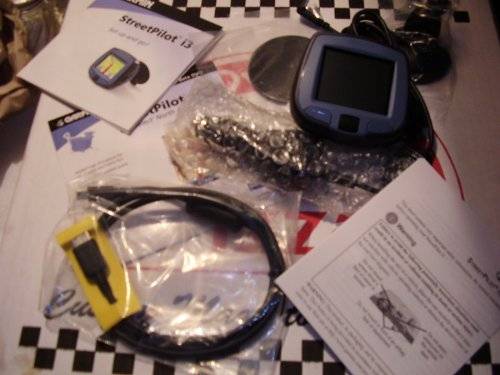 I have to say something before showing the next volley of photos here:

FOLLOW THE DIRECTIONS GIVEN TO THE LETTER. DO NOT, repeat, DO NOT get ahead of yourself. Take your TIME and it will load up and work FLAWLESSLY.

Okay, that being said:

Per instructions, I loaded in two AA batteries. You get a nastygram on first startup: 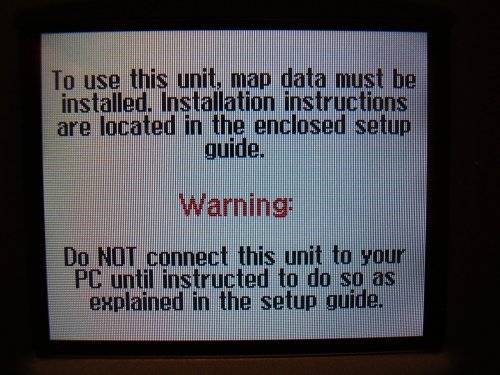 Now this is interesting for several reasons. It appears that you absolutely MUST HAVE a computer with a DVD drive and USB capability in order to get this thing to work. You absolutely CANNOT get anywhere until you load the map data from a computer FIRST. I pressed the buttons to see if I could get off this screen - I couldn't. This is NOT a flaw with the unit - that's the way it's designed. 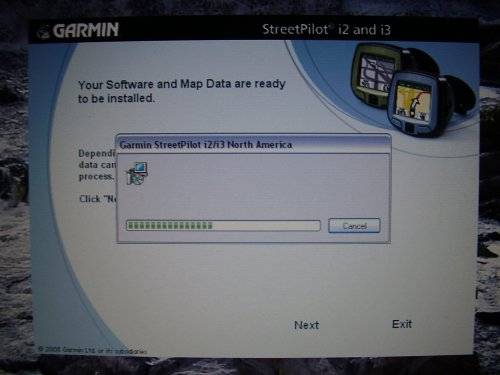 Now comes the cool part - picking what you want loaded into the unit. It is nothing short of awesome. You choose exactly what states you want. A bar on the right side shows how much space for data is left if you want to add more. I put in all of New England, New York, Pennsylvania and a few other areas to squeeze as much data I could on to the 128MB TransFlash card (which comes standard).

Loading the unit did take a while - about five minutes. 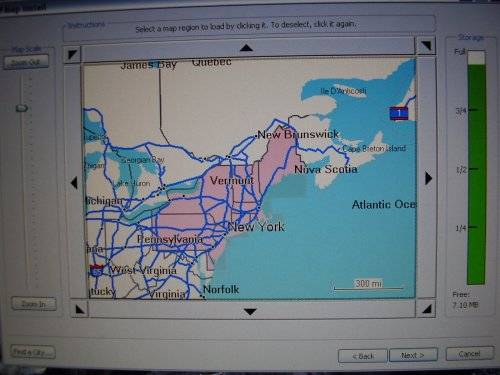 I turned the unit on and ta-daaaa.. a map showed up almost instantly. There was no fuss, no muss. This thing is stupidly easy to use (yet again another good thing).

Before continuing: I did not need to calibrate the unit for direction (North, South, East, West) like you have to do with the Rino 130. It does this itself - NICE.

On to the next part - mounting the unit.

You have a few options here. You can opt to suction mount this thing on the windshield or directly to the dash (or other flat surface) using the plate. Here's a picture of the plate. And yes the red circle DOES come off revealing sticky stuff to mount it. I mounted it on the dashboard of my 2005 GMC Canyon SLE. It does stick and sticks well. 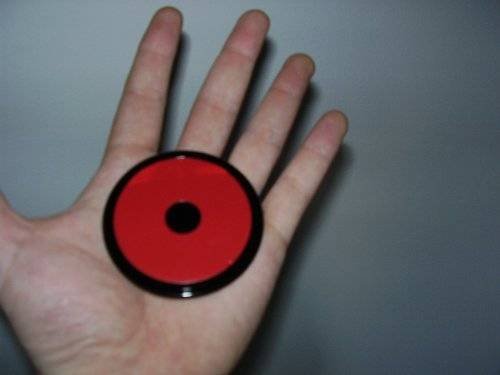 A few more notes on the bracket:

The ball part of the mounting bracket snaps right into the i3. You do have to press it a bit, but it does snap in. I was also able to "unsnap" it "re-snap" it back without a problem. No, you don't have to keep doing this to mount and unmount. You should use the small lip and lever release to "un-suck" it from whereever it's mounted. I removed it just to see if it could be done and reattached for the same reason - and I could.

The suction mount really does have a good amount of suction to it - it's not cheesy!

The mounting bracket is sturdy. It's been purposely designed to be stiff so it stays put. It can be tilted to your preference. Once you position it, it stays there. Nice job.

This is a pic of the unit mounted on the dash of my truck with the car charger plugged into the side. Car charger is not required. This thing is said to run for six hours on two AA batteries. I was able to use the car charger with the batteries in it and the i3 didn't complain about that at all. 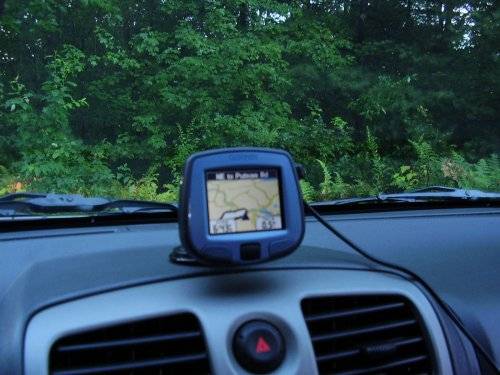 Now on to the important stuff. I'll do this in question/answer style:

Q: Does it get a signal easily?

A: Yes. It grabs a signal better than the Rino 130 did - and I live "in the sticks" of Northeastern Connecticut. Signal wasn't a problem.

Q: Is it readable?

A: Yes. It may be small but you can read it.

Q: Is it readable in sunlight?

A: I drove it around and purposely drove on a road so the sun was directly hitting it. I could read everything easily.

Q: Is there brightness control?

Q: How does the voice sound?

A: Shockingly, the voice (as in "Turn left in 300 feet" when it gives you directions) is a nice and very human-sounding female voice. It is crisp and clear. Volume can be adjusted. The top volume does distort a little bit. When the windows are down when driving on the highway it's hard to hear it - but what can you expect from something this small.

Q: Is it accurate?

A: Very accurate. The zoom levels are astonishing. It knows every road anywhere you travel.

Q: Does the "recalculate" work if you miss a turn?

A: Absolutely. Works almost instantly the moment you miss a turn and will recalculate to get you back on course fast.

Q: Is it easy to find stuff?

A: Very easy. You can map by entering an address or simply picking what you want like "lodging" or "fuel".

A: I prefer 3D, but for those who like the traditional GPS displays, the 2D is really nice, too. I'd say mix and match and pick what you like best.

A: Well designed. Can be used from novice to expert. I learned it in less than two minutes without reading the manual.

A: The "Go Home" feature. You put in your address and set it as home. From whereever you are, you tell it you want to "Go home" and it tells you exactly how to get there - and says when you'll most likely arrive.

I'll be writing more on the i3 later after I use it a little bit more. My initial reaction: FRICKIN' AWESOME. The price is good. The unit is solid. It's EASY. Good job, Garmin!