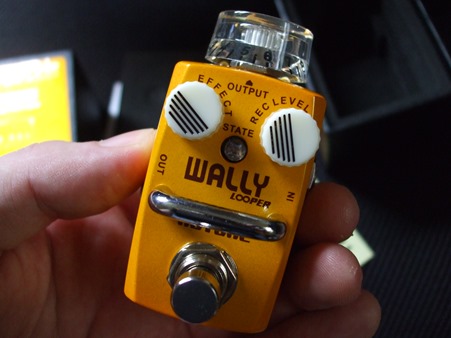 Yep, I took the plunge and bought one.

The pedal is really, really small. I'll talk more about that in a moment. 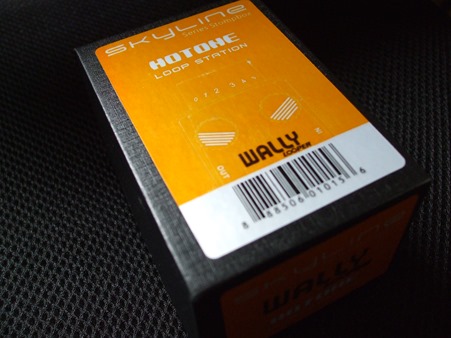 Textured and ritzy. I'm both pleased and ticked off by this. Pleased, because even the box feels high-quality. Ticked, because that means a bunch of the cost went into the packaging. 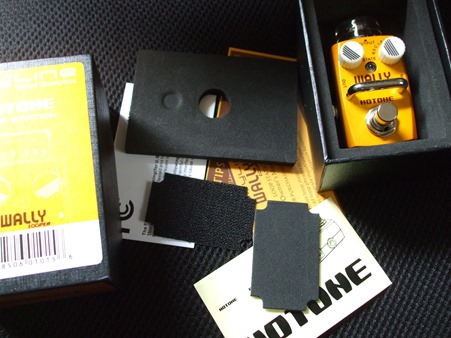 Cards, two adhesive floor pads (one for floor and one for pedalboard, a nice touch) and some stickers. The "manual" is just one card, which in all honesty is all that's needed because this thing is really easy to operate. 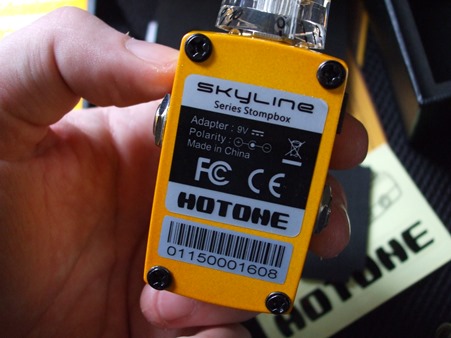 You're probably wondering if this thing can be battery powered. Similar to the Ditto, no, it can't. A 9V center-negative power adapter is needed to power this thing. And no, it does not come with one.

It really is tiny

This is without question the smallest pedal I've ever used. But thankfully it was designed well. It has some good weight to it and does not feel cheap at all. The casing is proper, the knobs are smooth and proper, the footswitch has just the right amount of tension to it, and the lights (it has 2, one in the middle and one in the clear knob) can be seen easily from the floor.

For a simple looper, it does exactly what you expect it to do. Instructions are easy and you'll be looping quick.

"Effect", which is pitch uptuning and detuning, is pretty much worthless. You can hear digital nastiness whenever you use it. And the fact you can't overdub while uptuned or detuned kinda sucks.

Yes. It's cheaper and has more features. While "Effect" is something I consider useless, what I don't consider useless is the fact it has both record (input) level and output level (top clear knob). Where that comes in damned handy most is when using different instruments. Switching from a guitar to a synth for example is something the Wally is much more friendly with compared to the Ditto. Guitars and synths obviously have totally different audio output types, and with the record level knob, Wally handles that with ease.

Can it handle long loops?

Yes. I pushed a few through it and Wally handled it easily.

However, I did "sort of" crash it once. While getting used to the foot switching pattern, I was getting a bit too ahead of myself and was accidentally recording really short stuff within a really long loop, trying to undo that, got a little overzealous with that and, yeah, screwed up the sample. I say I "sort of" crashed it because I was able to just delete the loop and start over. No big deal.

Does Wally "mud out" when you overdub too much?

When you first start using a looper, everyone "muds" it because they keep trying to overdub the same thing. The key to avoiding mudded-out sound on a looper is to not play the same thing twice unless you're going for a chorus effect.

Even if I had a really expensive looper like the BOSS RC-3 Loop Station, the mud would still happen if I overdubbed a guitar playing the same thing 3 times.

It doesn't sound like anything because its sole job is to repeat back the exact sound you play into it.

However, here's a demo of it anyway.

While it is easy and quick to loop, learning different looping techniques takes time.

You'll notice that a lot of guitar players that use loopers also use delay; the reason for that is that the delay acts as a metronome of sorts. When you're playing along with delay, it makes for much easier proper loops. You don't have to use delay (I didn't in the demo above), but it helps and that's one method of looping.

Is the Wally overpriced?

The Wally is the lowest-cost digital looper pedal as far as I know. The Ditto is more expensive, has less record time and doesn't do as much. I honestly would feel screwed had I bought a Ditto (especially since TC Electronic raised the price since introduction to market in 2013).

Do I feel screwed after buying a Wally? A little, and only because of that fancy dan packaging that, while cool, was totally unnecessary. Plain-box packaging could get the Wally's price down to $60 or even $50. But at present you're spending extra just for that stupid box. It's a really nice box, but that does nothing for the pedal itself.

Other than that, it's a very well-made, solid, easy-to-use digital looper pedal. No surprises, easy operation, works and easily fits anywhere.

On a final note, the footswitch is as such where for synth guys, using it with the hand on a desk is also a-okay. It has just enough give to it where it can be used with your foot on the floor, or index finger or thumb on the desk without a problem.