Can't get your guitar to sound right in a YouTube video? I know what your problem is

If you ever wondered why you just can't get your guitar to sound like it's supposed to when recording a YouTube video, the answer is simple. It's an answer that many guitar players absolutely refuse to accept as true, but it is true.

The reason your guitar - no matter what it is - sounds like crap when recording a video for YouTube is because you're using an amplifier.

If it is just you, on your own, recording videos in your bedroom like so many other guitar players do on YouTube, don't use an amplifier to record with. Ever.

Remember, an amplifier's purpose is to amplify, as in to project volume, as in to be loud. And it's most likely true your amp is all-analog with no digital circuitry. And no, placing a quality microphone in front of your amp will not help you. It doesn't matter how good the microphone is or if you position it perfectly at the corner of the cone of the amplifier's speaker. You will still sound like crap because you don't have the super-expensive mixing board to get control over that sound. If your intent is to run a studio, then sure, buy the super-expensive mixer. Otherwise, don't bother.

For those of you fortunate enough to have an amp with digital circuitry, the "line out"/headphone jack works very well when feeding that into a computer. Why? Because it's probably true that the line out/headphone signal is modeled, as in cabinet-emulated, and that serves well when feeding that audio signal into your computer. But even then, the tone just doesn't sound right.

What you need, simply put, is a good digital all-in-one guitar signal effects processor. And by "all-in-one" I mean a rack unit or pedal that does multiple things. Amp head simulation, cabinet simulation, distortion, overdrive, delay, chrous and reverb.

Most of you who read this know I use the DigiTech GSP 1101, and it's not cheap. I bought it because I like rack unit effects - HOWEVER - you can get very close to what the 1101 can do using much cheaper pedal-based versions.

If your goal is to sound good when recording your video, I recommend nothing but DigiTech rack units and multi-effects pedals because the price is right and they get the job done right the first time. In addition, they are easier to use compared to software. Yes, you can get software to emulate everything, but it's ridiculously difficult compared to the DigiTech multi-effects units. With the DigiTech stuff, you will get "that sound" you want in literally just a few minutes. No other pedals involved, no amps, all digital.

I'm going to list all off all the DigiTech the multi-effects pedals here, from cheapest to most expensive. If you can afford the mid-grade range, go with that. But if you're on a really tight budget, then just go for the cheap ones. Believe me when I say that even with the cheapest model, you'll get the best sound for your YouTube videos.

Here are the models. Click each one to see the price.

(Be sure to read "Rich's Recommendations" below the pedals after examining each for which one you should get that will be most useful to you.) 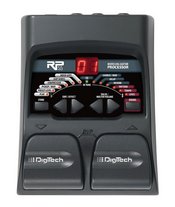 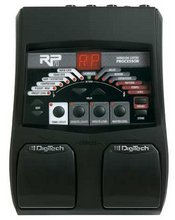 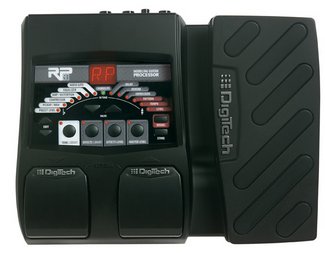 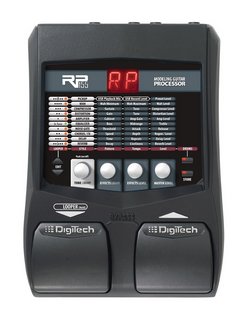 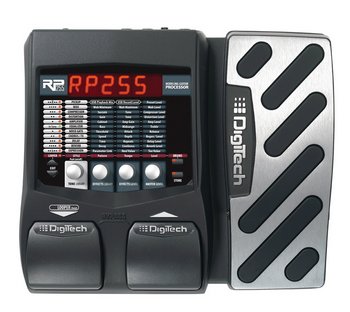 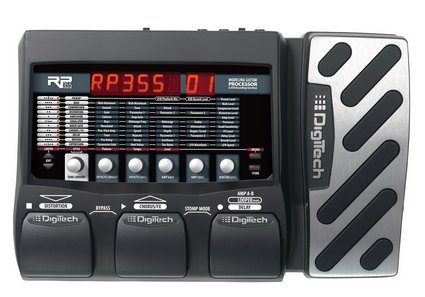 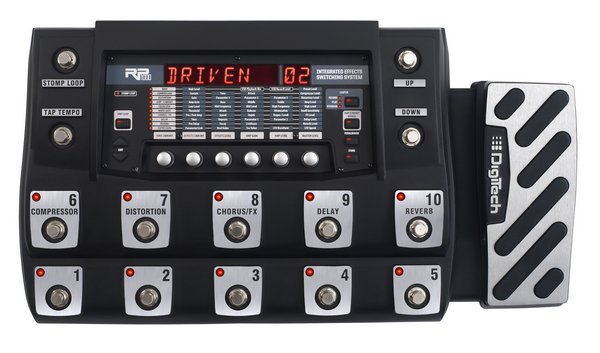 If you already own a distortion pedal you like, the RP55 will be fine because it doesn't have any distortion effect.

If you need distortion effects (especially for classic blues overdrive and distorted metal tone), but don't require a built-in rocker-style pedal for volume and wah control, the RP70 and RP155 will work well here.

If you need a pedal that basically does everything and will get the absolute most for your money, you want the RP255.

Do these pedals work well through a mixer? Yes, they all do.

There's not much the 355 has that you could actually use compared to the 255. It is true the 355 has more amp simulators, more cabinet simulators and more effects. But the likelihood of you getting full use out of all of that stuff will probably never happen. You're better off with the 255 because of this.

The RP500 and RP1000 I don't recommend because they're specifically made for rough stage use, and that's why they have the big metal stomp switches on them instead of plastic. Those units are what you would take if you were going on tour. If all you're doing is trying to get better sound for your YouTube videos and play local-only gigs, you don't need the huge 500 or 1000 model. Also know that the big floorboard models are very annoying to use in a home studio. You need the smaller stuff because it's just more convenient.

"I've heard I need a tube amp and all-analog stuff to get that perfect tone. Do I?"

No, and this especially true when it comes to recording videos for YouTube. Your computer is DIGITAL. If you record using nothing but ANALOG you will get tons of what's known as white noise (similar to a tape hiss for those of you who remember cassettes).

Use a DigiTech RP multi-effects pedal, and you'll be able to get great tone and post your videos fast. Go the all-tube route with microphones and all that other crap, and you'll spend hours "tweaking", not get what you want and eventually give up out of frustration. Remember, you're not a recording engineer. You're just a player that wants good sound for your videos in the fastest, easiest way possible. Use a digital multi-effects pedal to get it. It will work. How do I know? Just see any of my videos and ask yourself if it sounds good. If you said "Yes!", go digital. You'll be glad you did.