Today I headed out to Sam Ash and while there I tried out two guitars. One was a Fender and the other a Gretsch. I'm writing about the Fender first.

Above is the exact guitar I tried out, a Mexico-made Fender Classic Player Jazzmaster Special in 3-color Sunburst finish.

The first thing to know about this guitar is that pictures on the internet do it no justice, as it looks way better in person. Even in brand new condition without a scratch or mark on it, it totally captures that "looks like a pawn shop guitar" look. The color and look of this particular Jazzmaster is 100% correct.

Almost the same as the Squier Vintage Modified Jazzmaster I own, which is around or a little over 8 pounds. In other words, heavier than a Stratocaster or Telecaster which usually weigh in at around 7.5 pounds.

In plain English: A bit on the heavy side, but not "boat anchor" heavy.

Feels identical to the Squier because it has the same measurements and same gloss coating. This particular Fender does not have a satin urethane neck finish. But that's fine because the neck feels great.

Barely. It's not nearly as buzzy as the Squier, mainly because of the bridge which is a Fender Adjust-o-Matic. This is not a true-to-vintage Jazzmaster bridge. I'll talk more about this in a moment.

All Jazzmaster guitars with the old-school vibrato do buzz because that's just the nature of the way they are. The only way to have a buzz-free Jazzmaster is to play one that has no vibrato on it whatsoever, such as the Fender American Special Jazzmaster, which is a hardtail with no vibrato at all.

I will say however that the one I played today is the least-buzzy Jazz I've ever put my hands on. That Adjust-o-Matic bridge really gets the job done, but changes the way it plays, which again I'll get to in a moment.

Other than the Adjust-o-Matic bridge, the pickups are why Fender calls this a "Special" model. What's loaded in this Jazz are labeled as "Special Design Hot Single-Coil Jazzmaster" pickups, according to Fender specifications.

What does that mean? I have no idea. But I can tell you what it sounds like.

In the lead (down) circuit position, the best way I can describe the voicing is that it's more "smooth" than the Squier Jazzmaster pickups while still retaining good treble response. However, to my ears it doesn't have as much "honk". And I like honky-sounding Jazzmaster pickups.

The rhythm (up) circuit position is, I admit, more usable than on the Squier version. Because of the hotter output, you hear more treble out of the rhythm circuit when in use.

Basically put, yes, it sounds like a Jazzmaster, although not as honky as I would like it to be.

This is something so subtle that it's really easy to miss, but important to know.

Notice on the headstock that there is no truss rod hole. That's because it's on the heel of the neck.

The upside to this is that it contributes to the vintage look. The downside is that it can be a major annoyance to adjust the truss rod.

Why do I label this as weird? Because it's a vintage-inspired thing on a guitar that's more modern than vintage and not a reissue. It's just plain weird Fender would do this on the Classic Player Jazzmaster Special.

Modern, no question about it. Looks totally vintage, which is exactly how it should look, but feels and sounds totally modern.

My issues with the Fender Adjust-o-Matic bridge

The entire reason Fender even bothered putting this bridge on the Jazzmaster was in response to players who said the original was buzzy and unusable.

I own a Squier Jazzmaster with the true-to-vintage bridge. Buzzy? Yes. Unusable? No. Very usable, if you know how to play a Jazzmaster correctly. And most guitar players these days are unfortunately so stupid they can't even figure it out, so they cried to Fender, Fender buckled and slapped on an Adjust-o-Matic.

When I went to use the vibrato on this Fender, it felt totally wrong and sounded totally wrong. While the Squier with the proper vintage-style bridge has beautiful, smooth operation and nice overtones, the Fender version just felt "short" for lack of a better description...

...and that's because it is literally shorter, spacing-wise.

This is the vibrato/bridge spacing on the SQUIER with its vintage-style Jazzmaster bridge: 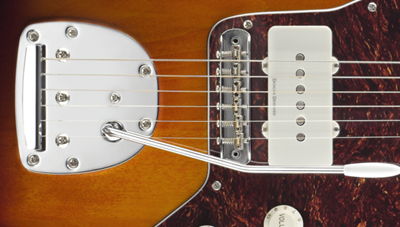 This is the vibrato/bridge spacing on the MEXICO FENDER with the Adjust-o-Matic bridge: 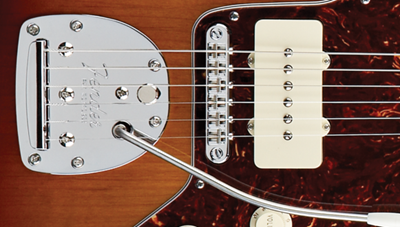 And just for sake of comparison, this is the vibrato/bridge spacing on the AMERICAN FENDER '65 with the vintage-style Jazzmaster bridge: 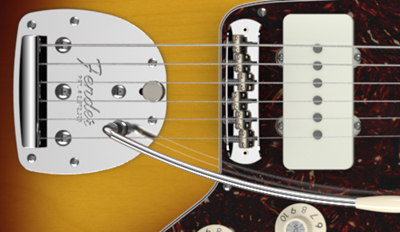 Look at the Mexico fender, and you'll notice the spacing between the vibrato system and the bridge is a whole lot shorter.

Why was this done? To decrease buzz and prevent string ring before the bridge...

...and that's exactly what I personally don't want taken away from a Jazzmaster.

Now for some players out there, the Classic Player Special Jazzmaster is perfect because it directly addresses the two largest complaints people have about the Jazzmaster guitar, that bring bridge buzz and before-the-bridge string ring.

But or me, the vibrato with this shorter-spaced setup operates so differently that it almost feels foreign.

After I strummed around on the Classic Player, yes I was able to get along with it all right. I could still get nice, smooth vibrato after getting used to it...

...but ultimately I felt it to be "too modern" for my liking.

Now again, some players will really, really like the Classic Player. But that short-spaced vibrato in combination with the differently-voiced pickups just didn't work for me.

Is it worth the asking price?

What I can say is this:

But is that enough to justify its price?

For some of you, just the look of the guitar alone makes it worth its asking price. This guitar comes in only two colors, 3TSB and Black. Don't even bother with the black one. Get the sunburst. Even if you bought this guitar, never played it and just hung it on a wall for display, people would say "WOW!" each time they saw it. Yes, it truly does look that good in person.

If the price of the Fender Jazz scares you off, get the sunburst Squier version instead. And if that particular Squier scares you off because of its true-to-vintage setup, the Fender Modern Player HH Jazzmaster in Black will be just the thing you want:

The Modern Player guitar in particular looks great in black because it has a maple fingerboard with block inlays, and it has almost the same price point as a Mexico-made Strat or Tele. And, strangely enough, it has the proper spacing for the vibrato/bridge setup even with an Adjust-o-Matic on it. Also, the truss rod hole is at the pegboard and not the heel for easy adjustment.

What do you miss on the Modern Player? No rhythm circuit on top, but that's fine because it would "mud out" humbuckers too much anyway even if it were there.

I give the Classic Player Jazzmaster a rating of "above average". Looks perfect and fit/finish are very good, but that vibrato/bridge setup and pickup voicing just does nothing for me.