Over a shoebox full of Casio watches

Yeah, this is ridiculous.

By nature I am a bit of a minimalist, but the one thing I genuinely have too much of are Casio wristwatches. They are plentiful, after all.

Above is a photo showing a partial view of all the watches I have. They fill up an entire shoebox plus a few extra timepieces on the side.

I didn't buy these watches all at once. It took years to get as many as I have. Each year I would pick up 2 or 3 of them. I've not counted them all, but I think I have over 20 now, most of which have their boxes.

The most expensive one of the lot was the A500WGA-9DF because it's a gold color. And, of course, I have the stainless steel version too.

The second most expensive was my second G-SHOCK DW-9052V, both bought used for under $40 each. Why two? The first one started getting some fraying on the strap keeper, and it was cheaper to just outright buy a second one instead of getting a replacement strap. Eventually, when the first one finally gives up the ghost, I'll have the second ready-to-use.

A slightly-more-than-a-shoebox's worth of digital watches doesn't get in the way of anything, and I do genuinely enjoy having variety for what I want to wear on the wrist on any given day.

Yes, my watches actually get used. Most of them, anyway. 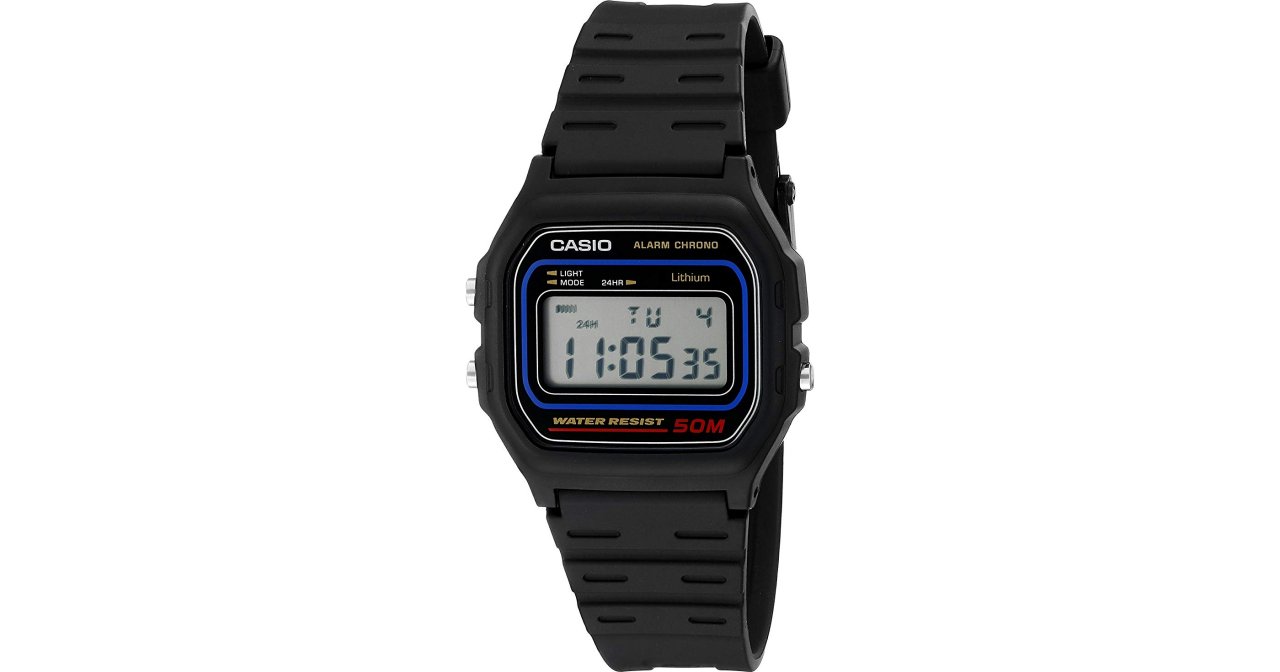 In the late 2000s I had a W59 and returned it, but I've decided to give it another go because while I really like the F-91W (I have 2 of them,) the W59 has slightly better water resistance and slightly bigger buttons on it.

Function-wise, the F-91W and W59 are identical. Size-wise, the W59 is a little smaller, but I've got small wrists anyway so that's not a big deal. (For larger wristed folk that like the F-91W but want a bigger case, the W217H is a much better choice. Steel version is the B650WD.)

Will I keep the W59? I won't know that until I receive it. I'm no stranger to returning watches I don't like as I've done that several times. But I think this one will work out and it should see some decent wrist time.