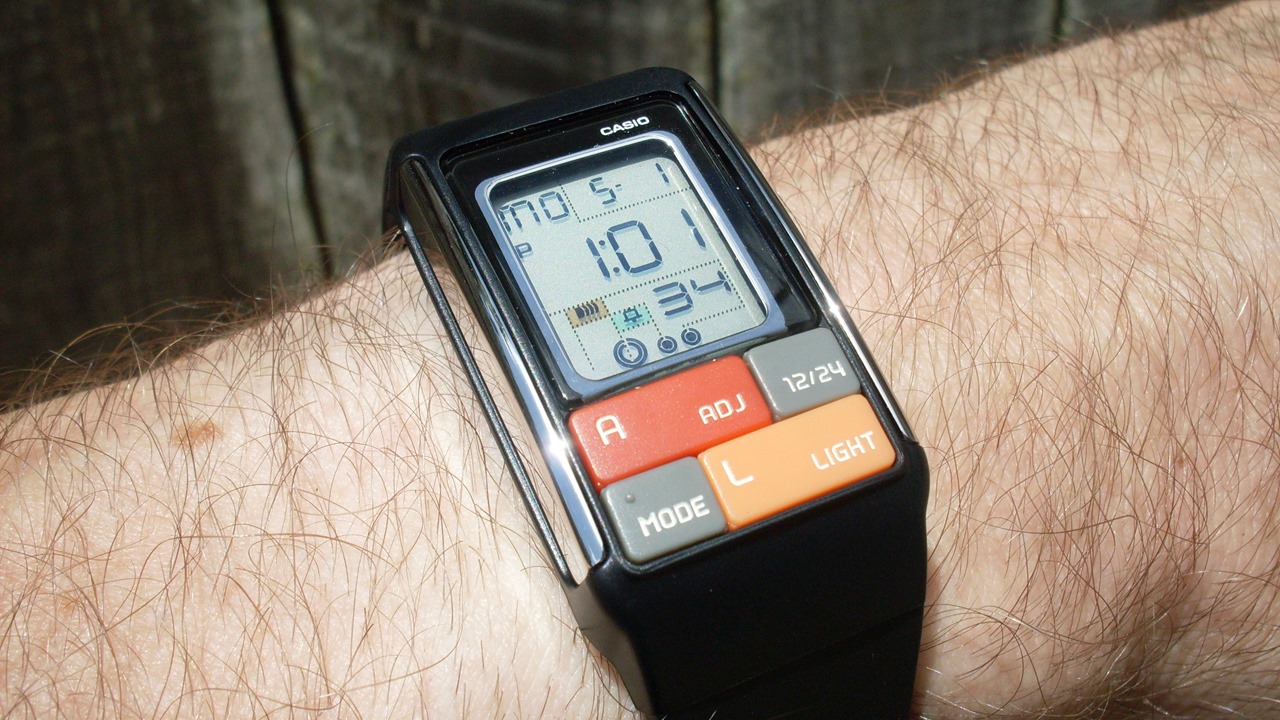 Casio unintentionally made a stylish adult watch with this timepiece.

The LDF-50 is a watch I've been eyeing for a few years and I finally bought one. The intended audience has been changed around a lot since its introduction. It's been billed as being for men, then unisex, then for women, then boys, then kids and then girls. Yes, all of them. And keep in mind the size and features of this timepiece never changed during all these classification changes. Casio simply does not know how to market this thing.

Don't be so sure.

Yes, this watch is really skinny with its 23.6mm case width, but surprisingly readable. Part of the reason for the skinny case is that the watch has no side buttons at all. Everything is controlled from the face buttons below the display.

Can a man get away with wearing one of these? 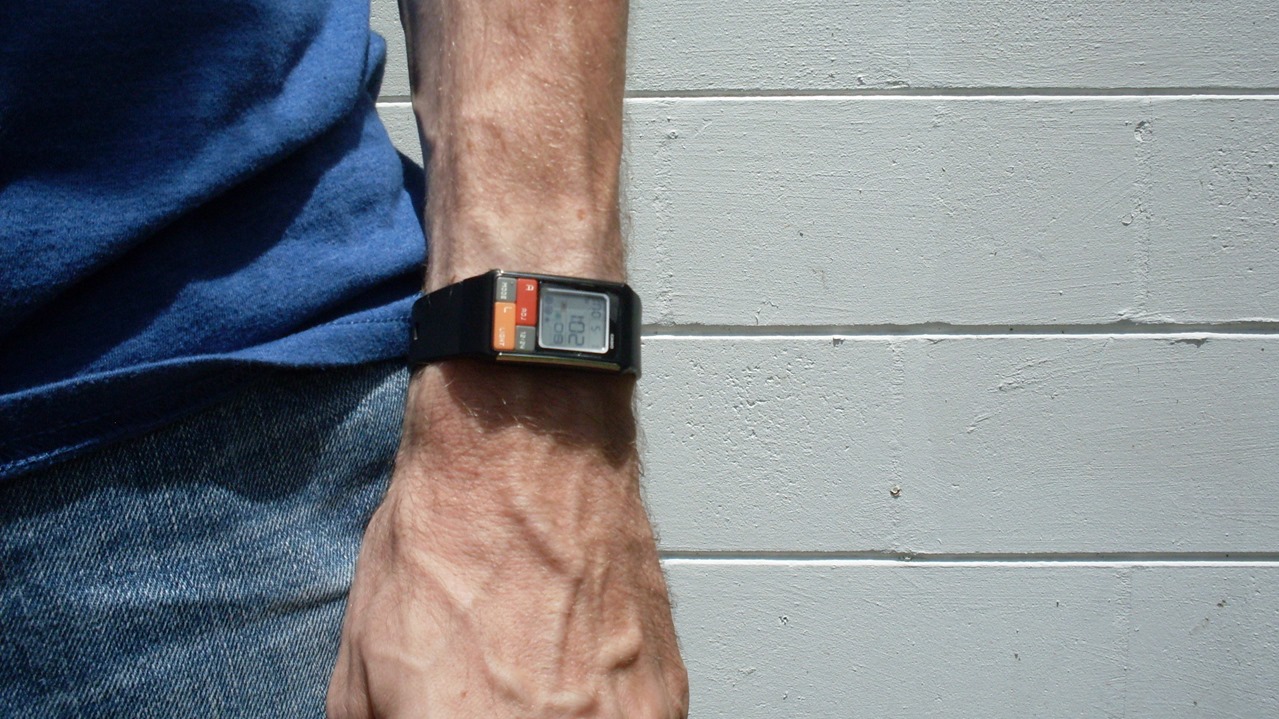 Yes, and it's for a very interesting reason.

On the Fitbit web site, the super-skinny Charge 2 is shown being worn by both fit women and decidedly manly men. That sends out the message that it is totally OK for a man to wear something skinny on the wrist and still look masculine.

The Charge 2 does come in 3 sizes (small, large and XL), but that only refers to the strap length. Every model is still just 21.3mm across.

If you haven't guessed by now, the LDF-50, even though really skinny, basically looks like a fitness tracker, and that's why a man can totally get away with wearing one...

I have a 6.75" wrist at the thickest point, and the LDF-50 does fit, but not by much. On the strap I'm only left with 2 holes before the strap runs out, so the biggest wrist this watch could fit would probably be 7" and no larger.

Can the strap be changed to something longer? Yeah, but it's better to just stick with the original. The lugs have that T-bar shape to them, meaning if another strap goes on (which starts at 20mm and tapers to 18mm), it has to be a 2-piece and a T cutout would have to be manually made to fit into the lug area.

Casio unintentionally made a cheap and stylish fitness tracker that isn't

The LDF-50 totally looks like a modern, stylish fitness tracker even though it's (poorly) marketed by Casio as a kid's/girl's/unisex/whatever watch.

You can currently get one for well under 50 bucks. I have never seen it for sale in any big box store, so it has to be bought online. There are several color variations. White, black, sky blue, pink, purple, and so on.

Does the LDF-50 have any "smart" features? Nope. It's just a plain digital watch powered by a CR1216 battery that should last around 3 years.

Will this be a mainstream style of watches in the future?

It could be, given how wrist-wearable trends are going.

The LDF-50 has a strap that starts at 20mm and tapers to 18mm. The Fitbit's strap hasn't any taper. When you have something on the wrist where the electronic part of it slightly wider than the strap or exactly the same as the strap's width, that's the wristband design.

I do predict that there will be more wrist-wearable electronics that will adopt this design, both for fitness trackers and regular watches. This is a style that anyone can wear. It's modern, skinny, thin and says "I'm an active person".

Is the wristband look a new design? No, just modernized. The Cartier Tank, a very old model, is very close to being a wristband design but is a classic dress piece while modern wristband electronic designs are sport pieces.

The only thing keeping the tall/skinny case design from being a super huge hit is the fact it's still too skinny.

Both Casio and Fitbit almost have it right. Almost.

If the Fitbit were 22mm wide, that would be as good as it gets for that piece. It's very close to having that just-right width but is off by literally a few tenths of a millimeter.

Side note: Yes, I am aware of the Fitbit Surge. That's actually too big at 1.34" wide, which is 34mm. While 34mm sounds small, bear in mind the strap width matches the case, meaning it too is 34mm wide. Way, way too bulky. (And by the way, Fitbit will not send you a replacement band.)

If the Casio LDF-50 were slightly wider at 24mm and had a no-taper strap that matched the case width, that would be perfect for that timepiece.

I swear, if Timex stepped in the game here and made a 24mm rectangle version of the Ironman for sport and the Weekender for casual, wow... those would be super-popular watches. Timex already has the styles ready-to-go. All they need is to design the cases and put them into production. And yes, I would most certainly buy one of each.