Casio W96H, the watch I thought I'd never buy 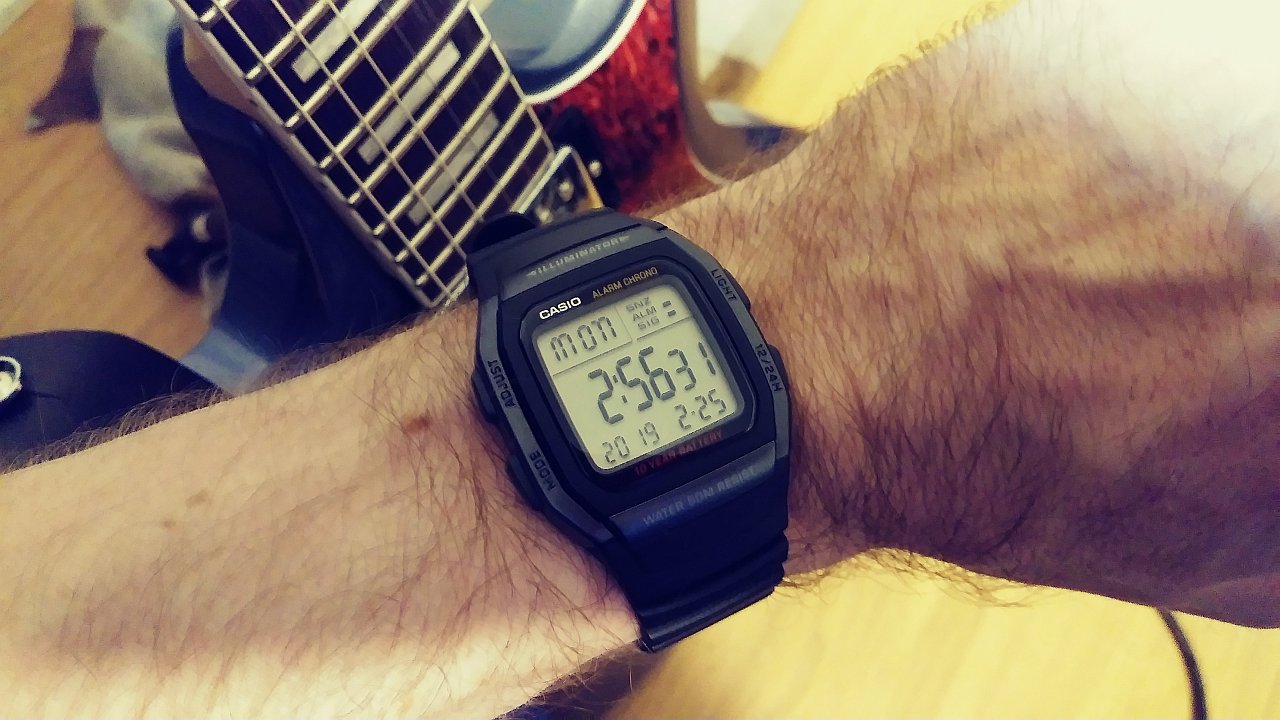 I seriously thought I would never buy a Casio watch in this style...

By "in this style", I mean the type with extra large digits on the face. Extra large for a Casio, that is.

I specifically avoided this style for a long time because I know the W800H doesn't fit my wrist well. I have one of those wrist types that's smaller and flat on top, which makes finding a watch that fits right difficult. But I decided to take a chance with the W96H and it worked out great. It's a keeper for me.

Out of every Casio watch I've ever owned, this is by far the easiest to read. And it's not just because of the large digits but also because the layout totally makes sense. Big three-character weekday at top left, big time in the middle, year at bottom left, month-day at bottom right.

As a tool watch however, the W96H really nails it where it counts. Ultra-legible time with date, weekday and year all on a single screen with zero clutter. The night light is green and works well too.

I wasn't sure I'd like this timepiece mainly because of sizing issues, but it fits my wrist correct, and I'm pretty sure the W96H is the only digital watch that has the largest digits in a smaller case size.

I did a video on how to set the time and date on it, see it below.

Jackson JS11 Dinky, the ultimate project guitar?
When it comes to ready-to-mod guitars, it doesn't get much better than this.
⭐ Recent Articles ⭐