Do fat guys get any respect as guitar players? 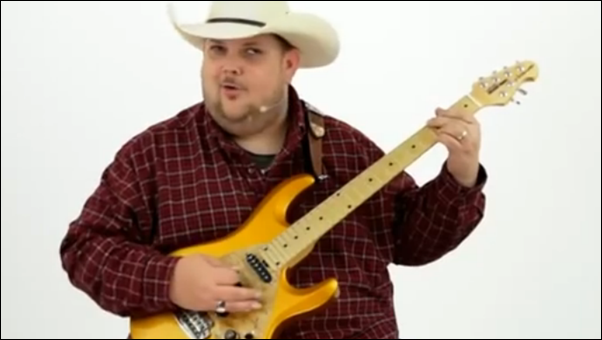 Short answer: Yes. But let's find out why.

Above is Johnny Hiland; he is a monster guitar player, and I'm not talking about his size. The guy is an absolute wizard on the 6-string.

Here he is playing:

That's from All Fired Up. Good album. I suggest getting it.

Now I admit, when you see Johnny play, the first thing you notice is that he's a big guy and dwarfs any guitar he straps on. He makes full adult-size guitars look like toys when set against his large frame. He'd probably even make an ES-335 look small. But after that, you quickly stop staring at the man and start staring at the guitar instead, because the guy is that good.

What I've noticed over the years concerning fat guys (or fat girls for that matter) is that those who play and play well do get respect as musicians. Why? Because at the end of the day it's about the music and not about the appearance. If the music is good, fatness doesn't matter.

Am I a fat guy? No. But there are plenty of guitar players out there who are big people. If you're a fat guy, don't let that stop you from playing guitar.

The advice I'd give to fat players is the same I'd give to skinny players. Don't suck. 🙂 Keep playing, keep practicing, get good and enjoy the instrument.