Are eggs without growth hormones really any better? 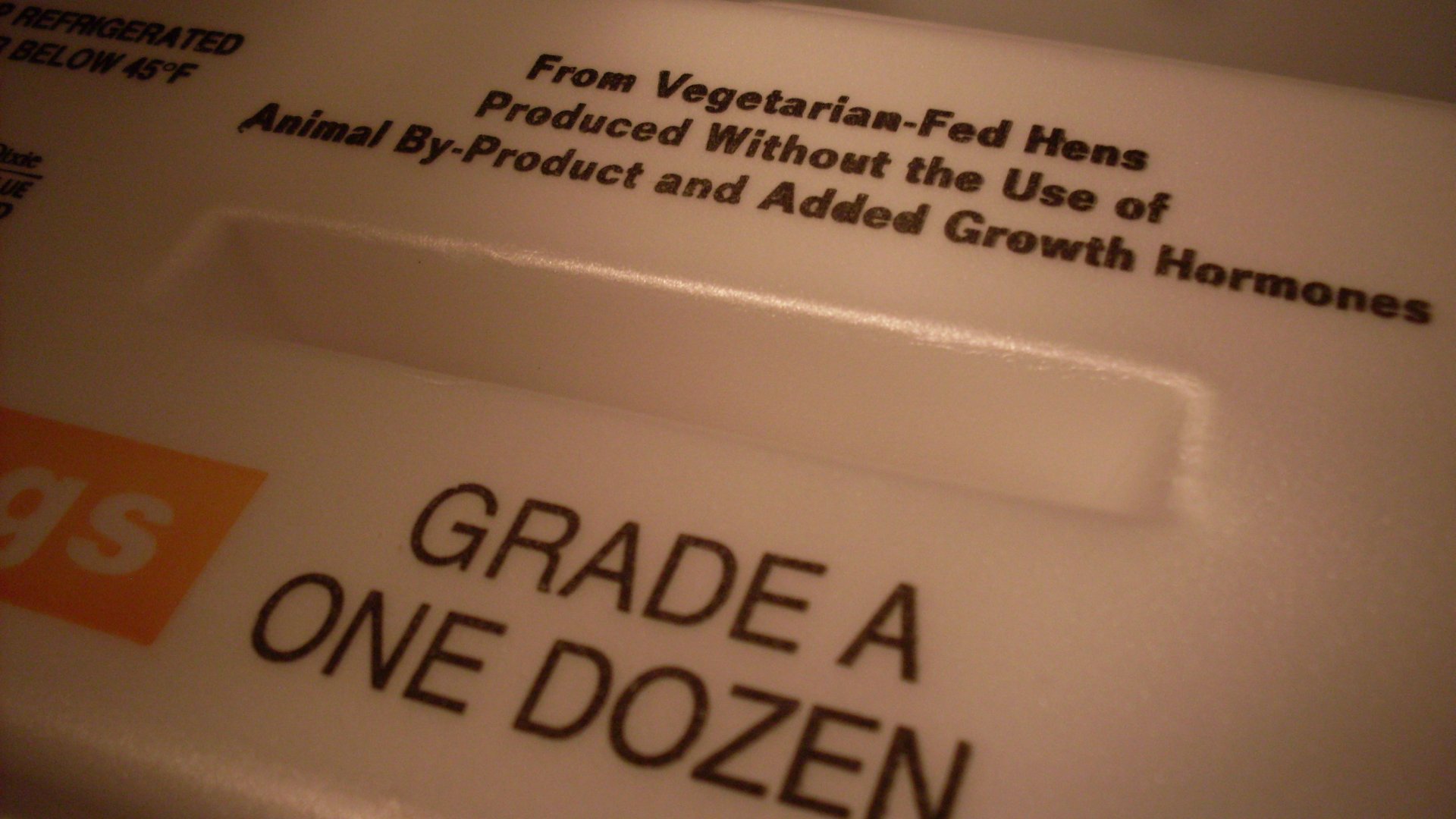 Are these things as oh-so awesome as people say they are?

I'm at the local supermarket and I notice that some of the more pricey eggs were on sale for $1.50 a dozen. Now to note, a dozen eggs like this usually sell for a minimum $3.50 in Tampa Bay Florida. Why was the price slashed by more than half? The expiration date was in 5 days. Since it was just a buck fifty, I decided to go ahead and try these out.

I did not buy this dozen of eggs because of the "From Vegetarian-Fed Hens Produced Without the Use of Animal By-Product and Added Growth Hormones" text in the photo above. What I wanted to know was if these things were are super as some claim them to be.

Here's what I found out.

They cook slower but more consistently.

Each egg I cooked in the pan did take longer to cook, but the spread in the pan and the time it took to cook was very consistent from egg to egg.

They did not taste any different from cheaper eggs.

I noticed no taste difference at all between the super eggs and the non-super cheap kind.

They have a slightly smoother texture.

I think this was directly due to the fact the super eggs took slightly longer to cook.

Are the super eggs worth paying extra for?

As said above, eggs like this have a starting price of $3.50 in these parts, and the highest price I've seen is almost $5 for a dozen.

Will eggs ever go back to how they were?

Here's the thing about all-organic eggs. Basically put, the super eggs like the ones I bought were how they used to be prior to the 1970s. In other words, all eggs used to be 100% organic and produced without the use of growth hormones or animal by-products or anything like that.

What I can imagine happening is that the modified eggs will at some point only be sold to corporate entities like McDonald's, Burger King, Dunkin' Donuts and like businesses, while in supermarkets, consumers get the better all-organic stuff...

...which is how it should be. As long as the consumers always get better in supermarkets than what's sold by fast food places, that's what matters.

Until that happens, I'll still be buying the cheap eggs.