The reissue nobody knew was a reissue, Epiphone Genesis 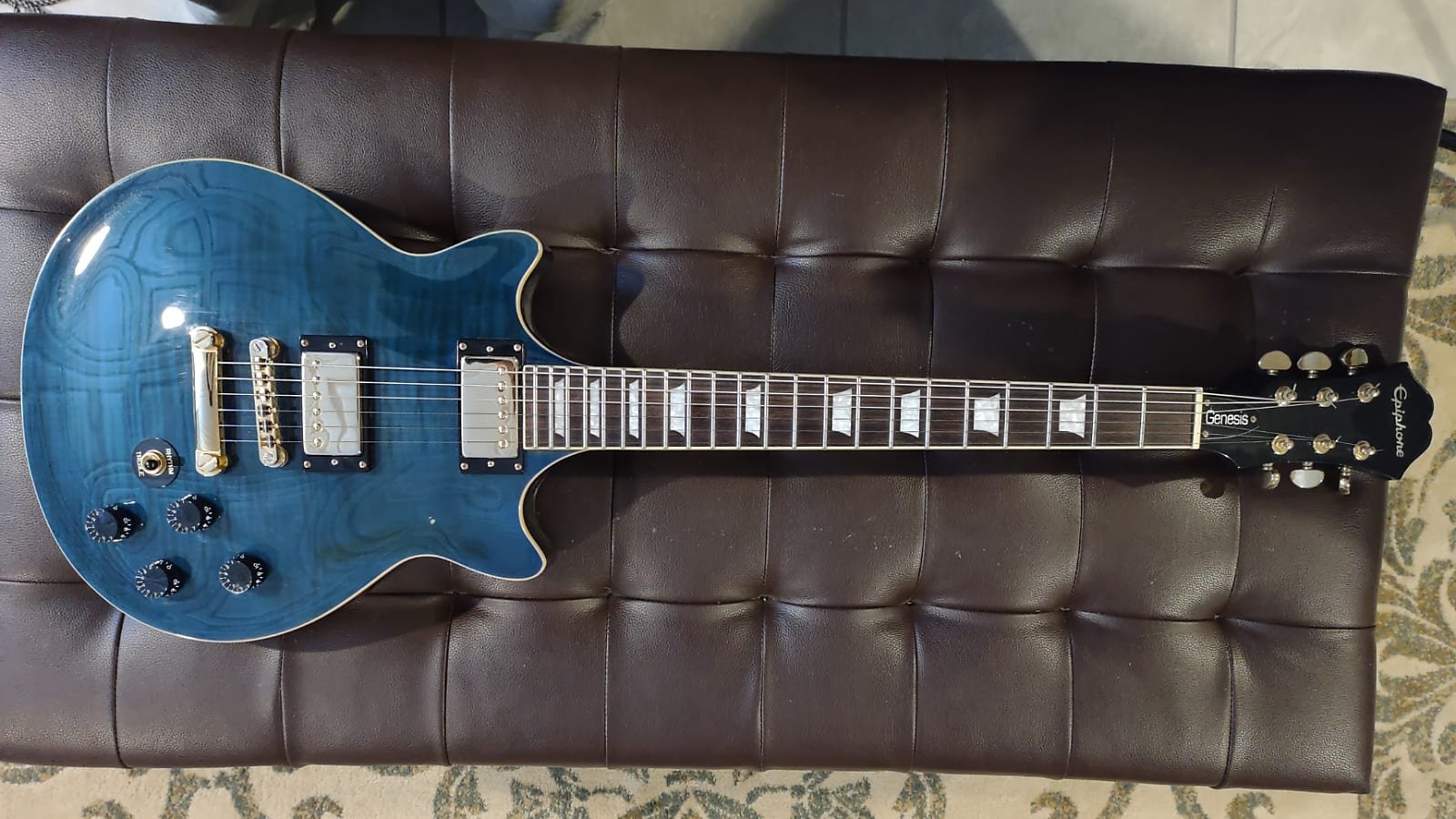 This was a top tier model electric Epiphone was making in the early 2010s, and it's still great.

You know how I just mentioned the Epiphone SC from the '70s? The Genesis was also from the '70s too. You didn't know that? Neither did I until I looked up information on this guitar.

What I'm specifically talking about here is the reissue Genesis from the early 2010s. You can see listings in the flavors of Genesis Deluxe, Genesis Deluxe Pro and Genesis Custom (if this model range sounds familiar, it's very similar to how Gibson released L6-S models).

The one seen above is a Pro model.

I have fuzzy memories of this guitar - the reissue, that is - back when it was new. It was just kinda... there. In reality, this guitar offered a lot of bang for the buck and still does.

Specifically talking about the Pro model:

Body and 24.75" scale set neck (yes, set neck) are both mahogany, and the body has a maple cap. Nice trapezoid inlays, real rosewood fingerboard in a nice color, and it even has real Grover tuners on the headstock.

Binding on body and neck? Yes, indeed. The headstock has no binding, but that's okay.

The pickups are ProBucker-2 (neck) and ProBucker-3 (bridge), and they are Epiphone designed pickups, meaning not Gibson.

Push-pull electronics? Yes! Both pickups can be tapped. It came like that from the factory.

Originally, the Pro model sold for $500 new. It hasn't appreciated much in value since it was new for three reasons. Too young to still have any high collector value, it's a reissue, it's a model most people totally forgot about...

...meaning this is one seriously good "workhorse" guitar. Genuinely good build, genuinely good parts, and great for studio or gigging. You get all the best stuff Epiphone had to offer in the early 2010s without the high price tag.

One last note: Yes, the poker chip for the pickup selector switch is sideways on purpose, and that is how the guitar was delivered originally.