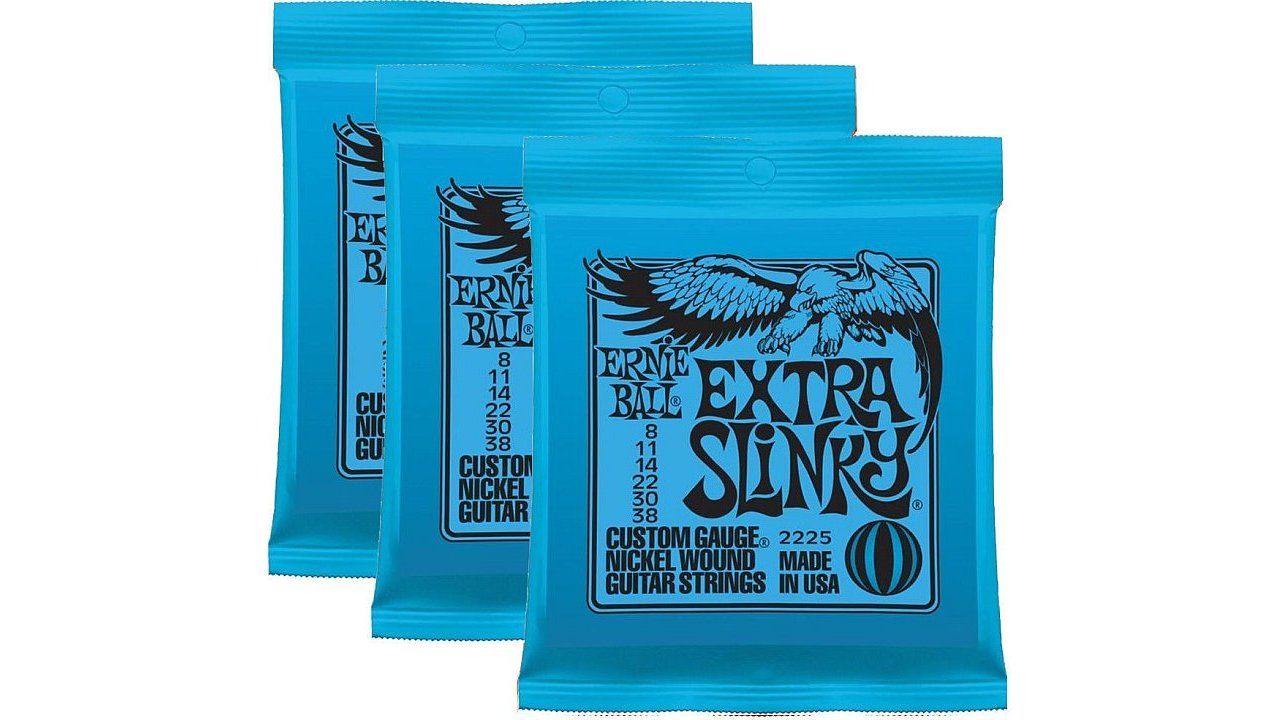 This ended up with an interesting conclusion.

I'm the type of guitar player that will periodically revisit a brand of string - even if I hated it before - just to see if it stills feels and/or sounds as good or bad as it was the last time I used them.

Why do I do this? Because as far as I'm aware, no make of guitar string keeps the exact same formula for the life of the brand. The machines that make the strings wear out and get replaced, the sourced steel changes depending on supply, the winding process on wound strings changes with advances in technology, sometimes coating is added to give guitar strings longer shelf life, and so on. Even something as insignificant as the weight of the ball end changing by a tiny amount matters.

Most importantly, I'm changing as a guitar player as I get older. I switched from the Stratocaster to the Jazzmaster and changed from 9-42 size to 8-38 (although that may change again later).

The current string I use is D'Addario EXL130.

When I first started playing guitar in my teens, I started off using D'Addario strings because every guitar store had them. But then after bouncing around a few brands, I switched to Dean Markley NickelSteel LT and stuck with that for a long time. Back when I was playing a Strat, Dean Markley handled my playing style very easily.

I stopped using D'Addario because back then (and this is the '90s I'm talking about here) they would gum up real quick. The plain strings seemed to turn black almost instantly and the wound strings would dent up quickly. The Dean Markley strings didn't do that.

In the 2010s I switched over to Dunlop DEN0942. Worked very nicely on the Strat and had very quick break-in time. But when I switched to the Jazzmaster, they really didn't work that well. And when I switched to 8-38, I found that Dunlop just doesn't make a good 8-38 set and it was garbage...

Now I'll talk about Ernie Ball and why I gave those a go.

There are some people who swear by Ernie Ball strings. I don't.

Back in my Strat playing days, in my teens I would snap Ernie Ball strings very easily. Almost too easily. I would pop high-E and B strings sometimes right after installing a set.

Every few years I would try a set of Ernie Ball strings, and every time I did I got the same result. Snapped strings in a very short period of time.

I like the D'Addario EXL130, but they have an annoying problem. A fresh set takes a while to set in. Usually a few days. They never feel right on the first day. The strings have to be installed, tuned to pitch and settle in before they start acting correct. Once they do, they're wonderful and last a good long while. But before that point, they're awful.

Ernie Ball does make an 8-38 set, the 2225. I figured I'd try those since I've never played an Ernie Ball 8-38 set. And since I don't bend notes on the Jazzmaster like I did on the Strat, maybe I'd actually like them.

For break-in and feel, the 2225 set is actually really, really good...

...but they sound so bad that it makes the Jazzmaster almost unplayable.

For anyone who reads this that isn't in the know, I play a Squier Vintage Modified Jazzmaster, which by nature is a super-bright guitar. Big single-coil pickups mated to a ridiculously bright 1 meg volume pot on the lead circuit. This thing is so bright that it makes the treble response of a Stratocaster or Telecaster sound tame in comparison. All proper Jazzmasters are like that.

What happened with the 2225 set on the Jazzmaster is that it sounded like I had installed ProSteels on it.

If you're not familiar with ProSteels, it is arguably the brightest possible electric guitar string you can buy because the steel composition is highly magnetic. And this is exactly what you don't want on a Jazzmaster (or a Jaguar for that matter).

When you have strings with too much treble response on the Jazz or the Jag, what's best described as a screeching sound happens. The treble response is too overblown and makes the guitar sound more or less unusable.

An overly bright string will compensate for a muddy-sounding humbucker. But I noted a moment ago, the Jazzmaster is already super-bright and doesn't need any more help in that department. The Ernie Ball 2225 added in way too much treble, so I had to ditch them and go back to the D'Addario EXL130.

That 2225 set was so screechy that I actually thought something was wrong with my guitar. After I put the EXL130 set on, I realized this wasn't he case, but wow, what a bright string the 2225 set is.

If you play super-extra-ultra-whatever-light 8 gauge like I do and want a really, really bright string to get more note definition from a muddy humbucker, then sure, the 2225 is exactly what you want. But for Strats, Teles, Jags, Jazzes and pretty much anything with a single-coil, no way. You're better off with D'Addario EXL130, Fender 250XS, Fender Super Bullets 3150SL, DR Strings Tite-Fit, GHS Nickel Rockers or any other number of 8-38 sets out there.

And for other set sizes like 9-42, 10-46 or greater, the same applies. The Ernie Ball would work well to liven up a humbucker, but the single-coil guitars need something without as much screech on the treble side of things to sound best.