What is the best Fender signature guitar? 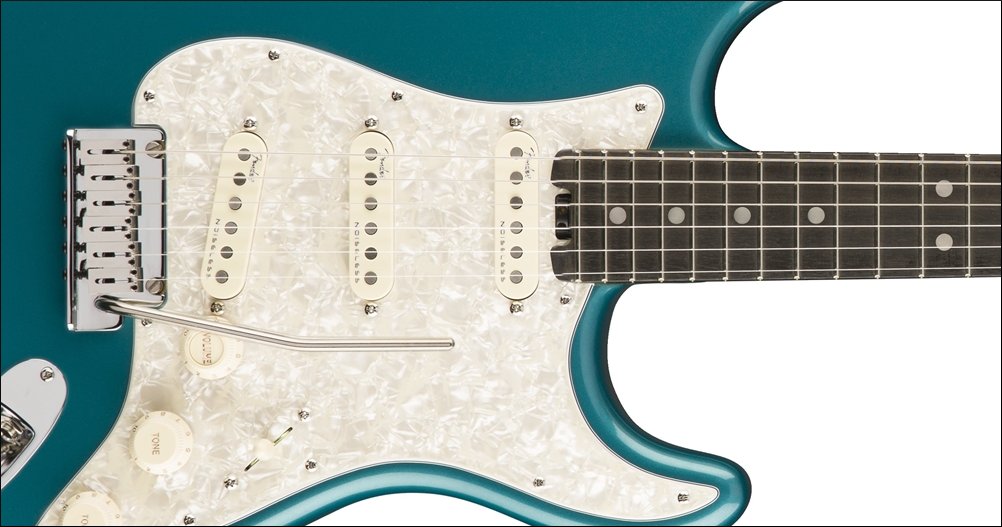 There are 29 of these guitars that Fender offers currently. Which is the best one? Let's find out.

To note, what I'm talking about specifically are Fender Artist guitars. These are guitars named after particular famous guitar players designed to the artist's specifications, or to what Fender believes best represents the artist.

Of the 29 electric guitars in the Artist series lineup as of April 2018, there are models for Stratocaster, Telecaster, Jaguar and Jazzmaster. No Artist models for the Mustang nor Duo-Sonic are made at present.

These are all 29 models in alphabetical order, and I'll tell you my favorite of the bunch after the list:

While true I'm not a Strat guy, I have to pick this one as the best Artist model from Fender for one simple reason. It is the best player's guitar.

The best parts about this guitar are things you don't immediately notice. It has a 12-inch fingerboard radius instead of 9.5 for easier note bending without fretting out. It has no string trees because of the compensated tuner posts. The neck uses quartersawn maple instead of flatsawn, which is a stiffer board that handles humidity shifts much easier (meaning you won't have to adjust the truss rod as often.)

Out of all the signature guitars Fender makes in regular production runs, this is the one where you get the most for the money as it is designed to be played and not hung on a wall to look pretty. Other Artist guitars really don't give you any significant advantage over non-Artist models, but this one does.

The closest equivalent to the EJ Rosewood is the American Elite Stratocaster. That guitar is about the same price as the EJ, has a 9.5-to-14 inch compound radius fingerboard, but is also more modernized than the EJ is with the 2-post bridge, noiseless pickups, a different neck shape, and there's a string tree present among other things. Not a bad guitar by any means, but different.

Personally, I would get the EJ. I dig the look, and the changes made to it over a regular Strat genuinely improve the playability of the guitar without wrecking tradition.

If you want the best Artist signature guitar Fender makes, the Eric Johnson Strat is it. Rosewood or maple, your choice. I picked the rosewood because I think it looks better.

The EJ Strat Rosewood is #1, but these are also really good: