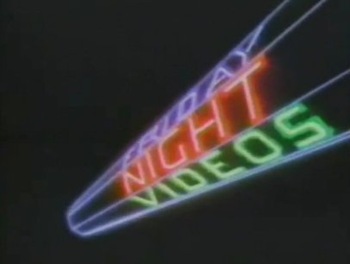 In the early 1980s, MTV was big. Really big. Everyone wanted it, but the problem is that most people couldn't get cable TV. Logistics prevented many from getting cable more than anything else. In other words, unless you lived somewhere that was really close to the utility poles, you couldn't get cable.

The house I grew up in could not get cable. Well, that's not entirely true. When I asked my father about it, he said the cable company wanted to charge some ridiculous amount of money to run a line to the house. The house was situated somewhere in the neighborhood of 400 to 500 feet from the main road. Power and telephone were delivered via three utility poles literally in the middle of the woods. While the power and phone company didn't seem to have issue running poles and wires on their dime, the cable company did, so my father said "screw you" and never got cable.

Before continuing, later on as a teenager I lived in an apartment with my father where there was cable, and I watched so much MTV it was ridiculous. Anyway..

I always found it weird that Friday was in the name of the show when technically it always aired on Saturday. Whatever.

On many Friday nights I stayed up until I could barely hold my eyes open just to watch FNV. For a 10-year-old of the 1980s, that was pretty much as exciting as a Friday night would get. Rarely did I make it from 12:30am all the way to 2am, so what I did is popped in a videocassette - a Betamax cassette, thank you very much - and started recording the show at 12:30am, watched for maybe a half-hour, then went to bed. The next day after Saturday morning cartoons I would watch what I missed.

FNV started getting really annoying when they kept playing the same crap over and over again each week. Out of all the videos they played, you maybe saw 3 that were cool - out of a 90-minute show.

The show was cut to 60 minutes in 1987 for a very specific reason: Late Night with David Letterman. Dave was getting better ratings than FNV, so the show was bumped from 12:30 to 1:30 to give the 12:30 spot to Letterman's show. This was a smart move on NBC's part because FNV at that point was getting really stale.

Up until I researched this I had absolutely no idea FNV had lasted until 2000.

The coolest part of FNV was of course the intro - which did win an Emmy for its animation. And yeah, it is awesome. 🙂