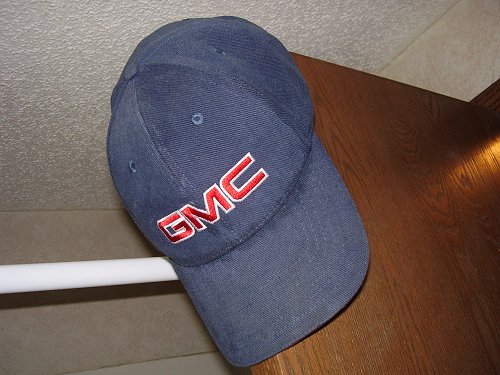 I bought this cap in Newport Maine for several reasons:

The GMC cap is great because no one asks you about it. People recognize the "g-mac" logo, but it's not anything that's too conversation-worthy, and that's good.

Or so I thought.

I was at the local Publix earlier today getting some groceries and was waiting in line at the checkout. An older Japanese man in front of me who spoke fairly good English said "You like GMC trucks?"

..and then complemented how wonderful American cars and trucks are very sincerely. He went on about it for a few minutes in the checkout line. What was weird is that he was actually complaining about Japanese cars, saying that domestics were built better and last longer. To date, this is the first time I've ever heard anyone say anything negative about Japanese cars, much less from someone who's actually Japanese(!)

The guy actually some interesting points.

I guess sometimes you need a little eye-opener like the conversation I had to make you realize how good we have it in the USA when it comes to our cars and trucks.