The only watch I've ever been complimented on 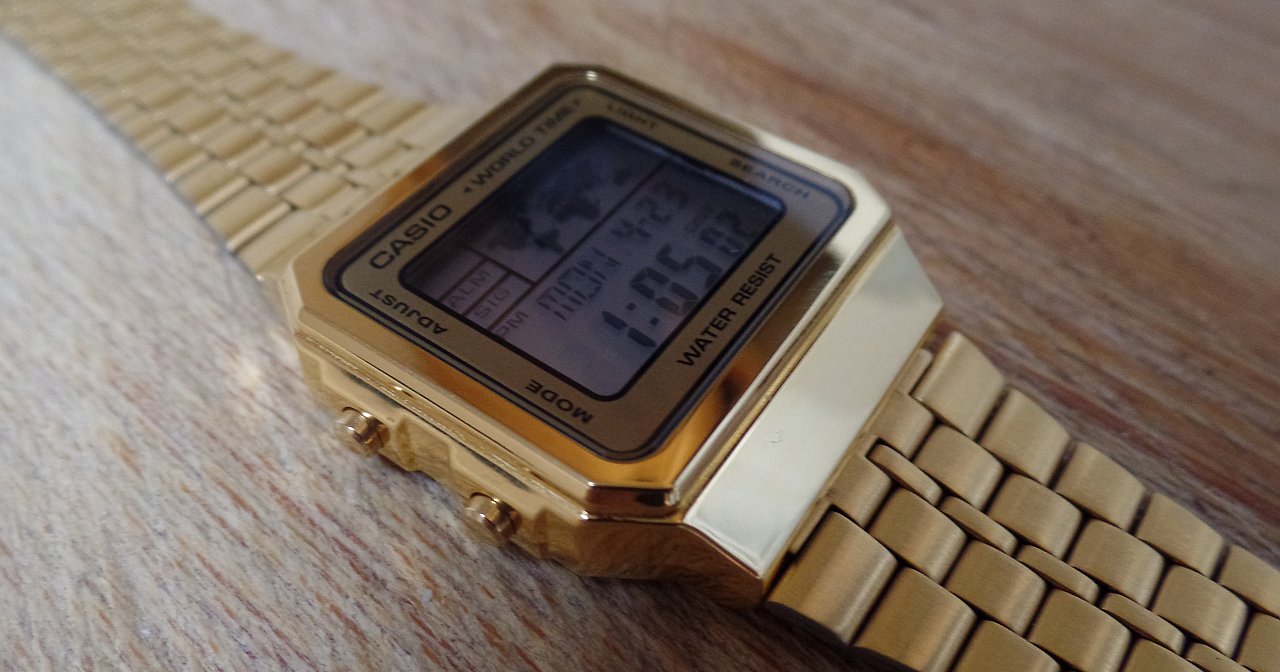 It really is all about the gold.

I originally bought my A500WGA-9 as my "I live in Florida, I'm over 40 and don't care" watch. When it came in the mail and I got a first look, I almost returned it because this as gold as gold gets for a digital timepiece. The only other digital Casio with this much gold on it is the A168WG-9. I could have bought that one, but didn't because a) it is the most common gold digital watch, and b) the A500 has a much more advanced feature set.

Is the A500WGA-9 tacky? Yes. And that's part of the reason why I bought it. To even dare wear this thing means you have questionable fashion sense.

I obviously didn't return the watch, but I was afraid to wear it in public initially because wow, does it look tacky. But I braved it and wore it anyway.

A few months after wearing it around, it happened. I was at a Dunkin' Donuts getting a coffee, and the girl working the counter actually pointed to my wrist and said, "I like your watch."

That was the first and only time I've ever been complimented on the timepiece I was wearing. And it came from a girl. A nice looking girl.

I wasn't even trying to show off. I just thought to myself, "I bought this thing and decided to keep it, so screw this, I'm wearing it." And at the time I received the compliment, I had grown accustomed to wearing the gold Casio and wasn't even thinking about it.

Things I learned from the compliment:

1. My tacky gold watch wasn't as tacky as I thought it was.

2. It's when you're not trying to show off that you get truly noticed.