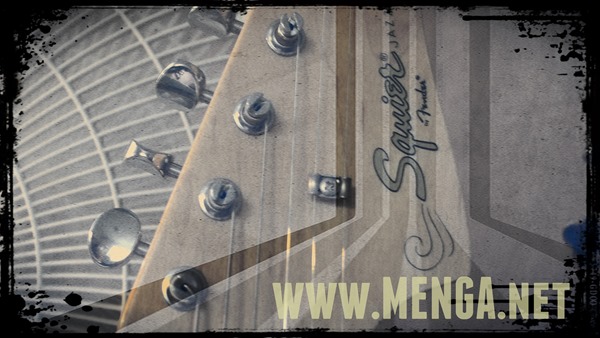 You may have seen my Twitter profile and wonder how I get visual effects like that for a banner image.

I use nothing but free tools on the web. Yeah, I have image editors, but I find the online way of doing it is faster and easier.

Here's how it's done.

I use a now-ancient FujiFilm A820, and purposely take a close-up shot with macro turned on. However, any camera that can do 8 megapixel or greater can do the job as long as it has a macro function for close-up stuff. In order words, you need a real camera because if you try it with a phone, that tiny lens with no macro ability will end up being a fuzzy mess. Any modern point-and-shoot camera has a macro function on it.

This is the original photo. I just snapped a photo of my Jazzmaster's headstock. 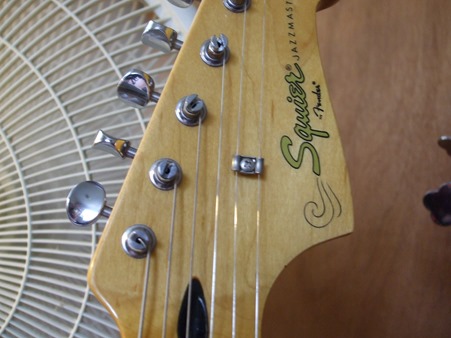 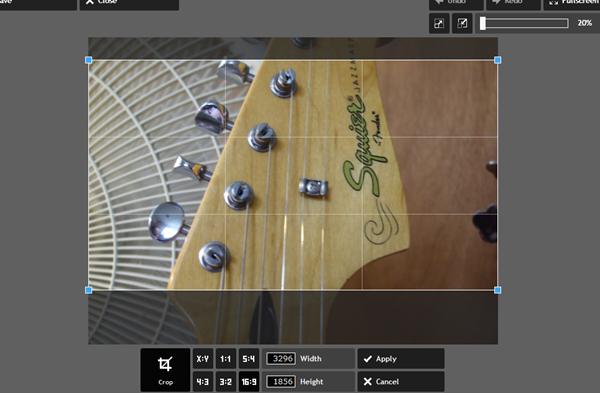 Just click the 16:9 button at bottom, drag the box where you want, and apply.

Now the photo looks like this with the Earl effect applied: 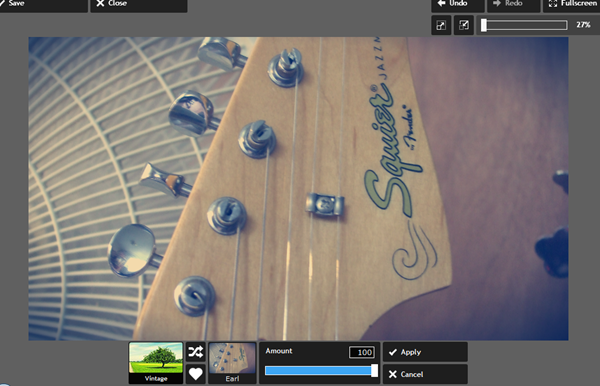 This is how it looks when applied. On this one I use the flip horizontal and vertical, which happened to match up with the Squier logo on the headstock nicely for the most part. 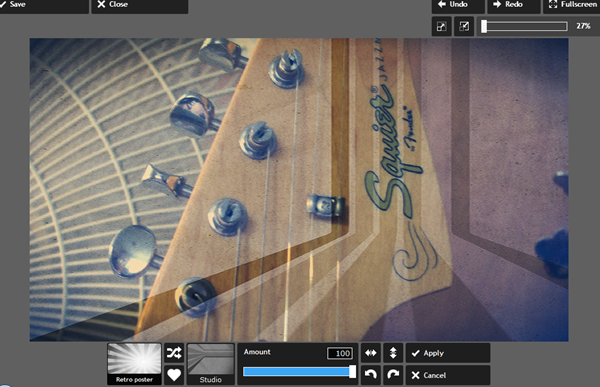 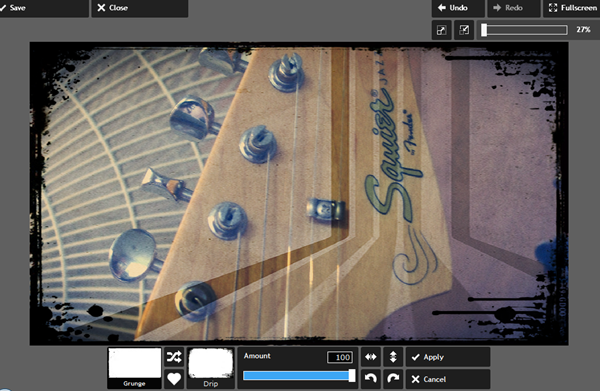 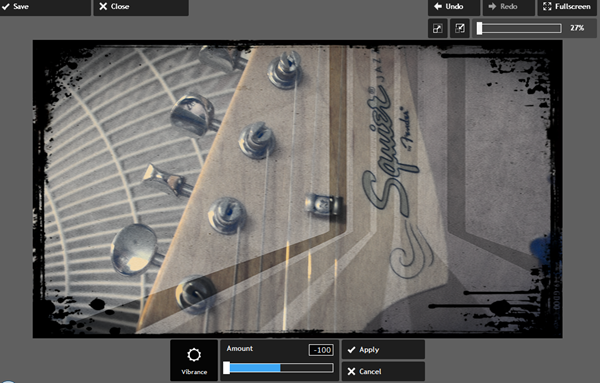 I dragged this all the way to -100, which does not make a black-and-white but rather just decreases color. It's not a gamma reduction or anything like that. Just a color reduction. Can't really explain it any better than that.

Site logo branding is applied. Color of text changed and also set to be slightly transparent. 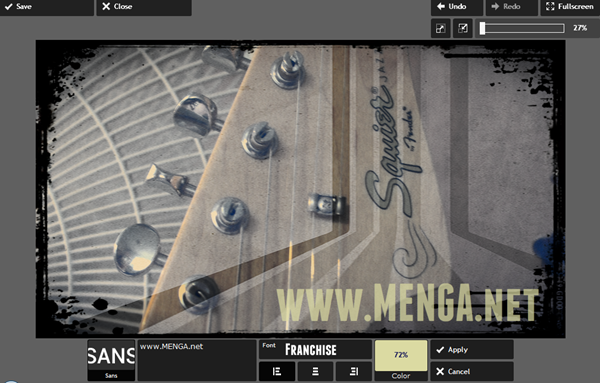 I hit the Save button at top left, set to maximum quality and save the file locally.

If you want to see the full-size version of the final image, just click the image all the way at the top of this article.

Whether you think the image is good or not doesn't matter...

...because the point is that this is stupidly easy to do, and anyone can do it. If you think you can create a better image, then by all means, go for it.

Cameras on phones suck. They just do. You absolutely need a digital camera that has the larger lens and the macro feature, because when you make banner images, the close-up stuff works best. And phones are horrible at the close-up stuff.

I know a whole bunch of you who read this are going to completely ignore my advice and try to use a phone photo anyway. And you'll quickly find out why photos from phones suck for banner images so much. If that's what it takes to convince you that photos from phones make for horrible banner images, well, go ahead and waste your time trying. Be my guest. Don't say I didn't warn you well in advance.

The type of camera required for a good close-up photo for banner image use is basically anything made from 2008 to now. As long as the thing can take an 8-megapixel or even a 6-megapixel photo and be able to get tight focus on a close-up object using the macro feature, that's fine.

Chances are you or someone you know has an older digital camera that can meet the 8MP requirement that has a macro feature. Get the cam, take your close-up/tight-focus photos, and have fun.

For guitar players out there, taking photos of stuff you would otherwise think boring works quite well, such as photos of amplifier knobs, guitar pickups, guitar controls and so on. Remember, you will be taking the photo less than 12 inches from the object, so it's not like you have to set up the shot. Just get in close, get the photos, edit, publish, done. The only requirement is to make sure it's in focus.