Most college dorm rooms are really cramped. So cramped that it's sometimes tough to get anything done in them - especially when you want to record a song.

Below, I'll show you some ultra-compact stuff that gets the job done in fine style and won't hit the wallet too hard - and why you should get them.

What to record with? 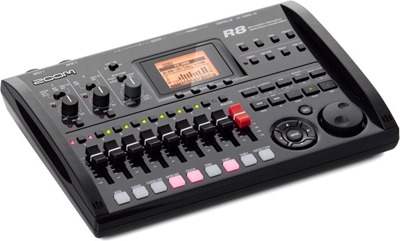 Why use this multi-track recorder and not a laptop?

It has its own drum kit built-in, meaning you can use pre-programmed beats or create your own. No need for drum samples from the computer.

It can run off 4 AA batteries or via USB power or adapter. The battery option is nice because that's one less cable to worry about.

It has the audio ports your PC or Mac does not have. Namely, these: 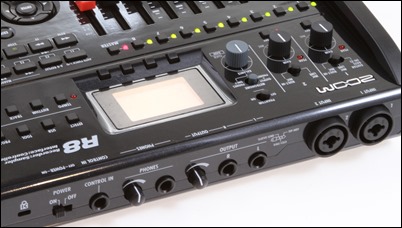 At right you can see not one but two XLR inputs.

Now you might be thinking, "those look weird..." That's because they are combo inputs that can accept XLR or 1/4-inch male connector. Very trick and very cool because the unit can accept anything from a guitar to a pro-grade condenser microphone and everything in between.

What you've got with the R8 is a multi-track recorder that can handle whatever you want to plug into it without the need for a mixer (if it's just you recording), a fantastic built-in drum kit (meaning no drum/metronome sync necessary since it's built-in), a ton of effects including amp modeling and many vocal effects as well. The R8 is a total powerhouse of a recorder. And yes, it can fully connect to PCs and Macs easily for use as a controller too. It doesn't get much better than the R8.

You'll be shocked at how inexpensive it is. Get one.

Which electric guitar to use?

In your dorm room you can most likely only fit one guitar in there, and it has to be something good that's not too expensive that can handle any music style you want to play.

No guitar is better for that than the Fender Stratocaster Modern Player HSS:

Why this specific guitar? Because it's the Swiss Army knife of Strats.

While it may look like an ordinary Strat, it's not. There's the dual-coil humbucker on the bridge, a single-coil in the middle and another single-coil in the neck. But there's an added feature not mentioned. The humbucker can be split to a single coil by pulling up on the bottom tone knob, giving you 7 different tones instead of just 5. Yes, that means the bottom tone knob is in fact a toggle between humbucker and single. And it works perfectly.

What does this mean? It means this Strat can handle any kind of music. Metal, rock, country, jazz, reggae, grunge, funk... you name it, it can do it.

And, fortunately enough, it's the least expensive Fender Strat you can buy while at the same time being a rock-solid, well constructed instrument. Great guitar all around and a very comfortable player. Get one.

Which guitar effects to use?

There is no room in a college dorm for a bunch of pedals. You need just one, and you need it to do it all.

This is the multi-effects pedal you want: 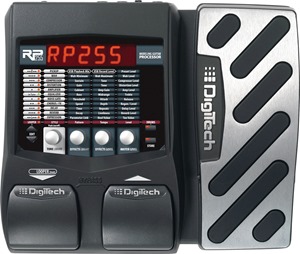 This multi-effects pedal, simply put, does everything. Two foot switches on the left and one rocker pedal on the right. The foot switches are for toggling on/off settings while playing, and the rocker is for things like wah-wah effect.

In addition, the RP255 is loaded with amp modeling settings so it is very friendly with multi-track recorders or software recorders. This unit is so good that you could even use a microphone through it if you wanted.

For any guitar effect and any style of music you'd want to play, the RP255 is all you need.

Which microphone to use?

There are a lot of microphones out there, but you need one that can record even when singing very quietly. For that, you need a condenser microphone, and Blue Microphones fits the bill here with this:

It might look a little weird (that's just Blue's style), but this microphone really has the goods where it counts. In particular, it has a "Focus" button which allows it to not "just be a microphone for singing only". With a press of a button you can from a full-range response to a more tightly focused field, meaning this microphone can record a lot of different stuff other than vocals very well. And versatility is a must for a microphone used in a dorm room.

What to use for proper headphones?

Good headphones are the kind where the response is "flat", meaning it's not "enhanced" at all because that makes for better sound monitoring. In other words, your recorded songs you hear through your headset should sound good on an iPhone or Android phone, in a car, on small desktop players and so on. Using studio headphones is the easiest way to know you have a "sounds good everywhere" recording.

Note: Gamer headphones are out. Don't use those for recording, because those are all "enhanced" and you can't "un-enhance" them. You need a proper headset. 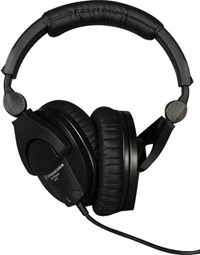 The first thing you're probably thinking is, "Wow, those are big." There's a reason for that. When recording anything in the room where the sound is coming in through a microphone, you absolutely need a set of closed-back headphones with proper sound isolation yet still deliver a true "flat" sound. And the 280 PRO set totally delivers that.

In addition, you need a headset you can wear for a very long time without getting "cauliflower ear". The 280 PRO set is insanely comfortable to wear. Much better than any ear bud you've ever worn. Besides which, recording music isn't a beauty contest, so who cares how big they are as long as they wear comfortable and sound right?

What do you use to quiet down the dorm room when recording?

Dorm rooms have noise rules. Everyone hates them, but, well, that's the way it is.

Sometimes you will even get yelled at when playing an electric guitar with headphones on, because even though you're not playing through an amp, the acoustics of the electric can still be heard.

There are many ways to keep the sound down in a dorm room, but this way is arguably the best way to go about it: 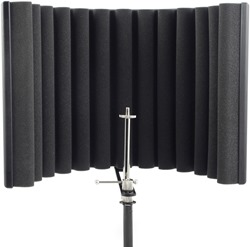 There are several reasons why this thing is so great for a dorm room.

First, it's portable and does come with its own case. This is good because it does not have to be a permanent setup. Just use it whenever you need it.

Second, it's easy to position because it's so light. You can "huddle in" to it easily where sound is reflected back at you rather than towards the dorm room door.

Third is the best part. It is one of the cheapest ways to soundproof. Soundproofing by nature is really expensive. Even if you bought a 12-pack of studiofoam wedges, that will run you 200 bucks. The Reflexion Filter X is a lot less, much easier to handle and easily stores away so it's not bothering anyone, such as your roommate.

The Reflexion Filter X is not as big as it looks in the photo, and that's a good thing, but wow does it work well. It is the just-right size that can fit in a dorm room easily (and be stored away easily as well). Also, one other note - it does not break any dorm room rules, whereas sticking regular studiofoam on the door probably would.

What to use to jot ideas down?

Sometimes when in the dorm you'll be suddenly struck by inspiration and you need something to write that idea down right now. Well, there's no better thing for than a music journal. 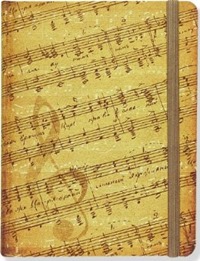 No, this is not just a notebook with a treble clef on the front. This is an actual real music journal with regular lined pages on the left for lyrics, and staffed right-side pages for music writing. Also, the paper is the acid-free archival type (meaning it takes pen or pencil properly) and it's also a hardcover. Very cool thing to have.

Go to school and record happy! 🙂