How to save on the air conditioning bill in Florida 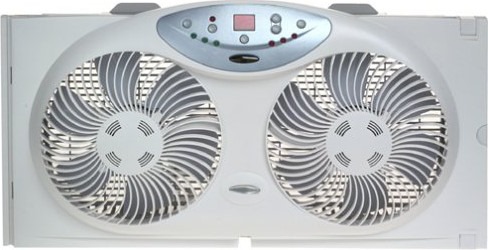 I've decided to get the jump on cutting down the electric bill for A/C use this year.

Right now the weather where I live in Tampa Bay Florida is pleasant, but summer is coming, and with it the heat. That means I'll have to turn on the A/C and my electric bill will go up for the next several months.

Note that I said turn on the A/C and not turn up. From about mid-November to late April, the A/C stays off. And I mean completely off. When I kick it back on, on first start-up I'm usually treated to a slight musty smell for the first few minutes since the unit has been sitting there unused for months, but it quickly goes away once the cold starts coming through.

Last year, I wished I had a twin window fan in my bedroom. This year I bought one, the Bionaire BW2300. I've not received it yet but it will arrive in the mail in about a week. However, that's not the only thing I bought. More on that in a moment.

Is the BW2300 cheapest window fan? No. But it is the lowest priced concerning what it's capable of doing.

What this particular fan does that's special is the following:

The remote is actually not needed, but it's nice it comes with one. Other than that, the stuff this fan can do is exactly what's needed so I can turn down my A/C even lower than last year so it doesn't have to run as often. In fact, there's a good chance it will pay for itself in under 6 months.

But then there's that old saying, "It's not the heat; it's the humidity."

True? Yes. Florida is loaded with humidity. While it never reaches 100F here and tops out at around 96F, the humidity more than anything else is what makes hot weather miserable.

So I bought one of these to help out with that: 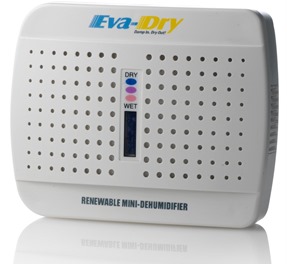 The Eva-Dry E-333 is a dirt simple dehumidifier. It was a choice between this one and the E-500 model. The difference between the two is that one handles 333 cubic feet and the other 500 cubic feet. I went with the smaller one specifically because I don't want it to work too well.

The way the E-333 and E-500 work is you charge it up, then just let it sit. If the unit is dry, the crystals are blue in that little window thing you see in the photo. If they turn pink, it then needs a recharge.

I do not know how well or not well one of these works just yet, but I do know my bedroom is small, and if the room is too dry, that would be uncomfortable. All I need is a slight decrease in humidity. Nothing drastic.

The E-333 may or may not work for me. If it doesn't, Plan B will be to use it in my car instead where I absolutely know it will work, then get a bigger dehumidifier with a small water collector like this one. That one handles up to 1,100 cubic feet and is as large as I would go for my small bedroom. It requires power to operate, but that's what is needed when you start using the larger stuff.

What savings do I expect?

For summer 2014 I actually did well with my electric bill, and was able to shave almost 20% of the bill. Yes, really. It's amazing how much you save just by adjusting the A/C a few degrees and running fans.

I'm going to try to shave off 30% this year, which means I'm aiming for another 10%. I think that's reasonable. While I don't expect a huge difference by use of a twin window fan and the use of a small dehumidifier, it may be enough to reach my 10% goal.

Also, bear in mind I'm doing this for just my small bedroom and not my entire place.

For daytime use, I should be able to turn down (but not off) the A/C a few degrees and still be comfortable.

For nighttime use, there's cooler air outside I can bring inside while sending hot air outside from use of the twin window fan in exchange mode. That means during the night I might be able to actually turn off the A/C completely and still sleep comfortably. Maybe. That's an unknown at this point.

I'll be happy to receive the fan and dehumidifier to see how they work. Both of them have received really good reviews so they should work fine.