In a band and want to get known? Don't even bother with MTV 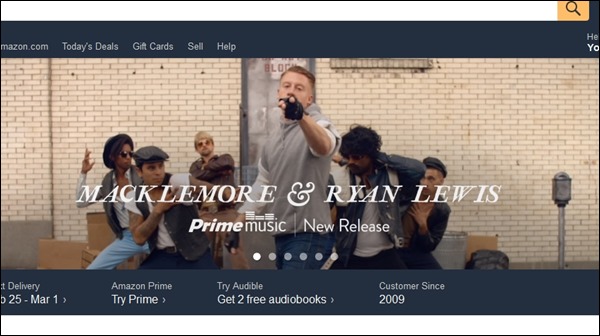 I think the release pictured above absolutely and totally sucks. It is total garbage that I would never buy in a million years, however I did see it on the front of amazon.com and that's why I know about it.

Now although I'm not in that magic 18-34 market, I know that since I saw the above on the front of Amazon, so did millions of others.

Advertising online is a much better choice compared to television ads. And while it probably costs a pretty penny to get an ad placed on the front of Amazon, I'm 100% sure it's cheaper than getting an ad placed on something like, say, The Ellen Degeneres Show. For those not aware, that's a talk show that's been on the air for 13 seasons, and it's probably true that a week's worth of national spots where a single 30-second ad ran once on that show for 7 days would easily cost 6 figures. I'm not kidding.

Where MTV is concerned, this is what I know about that crappy channel:

Firstly, cable advertising on MTV is cheap for the reason ads on that channel never perform well. You might as well be flushing money down the toilet with advertising on MTV because the effect is the same. Back in the day, MTV was considered a "tier 6" in cable advertising because it sucked so bad. That literally means there were 5 tiers better than MTV. The only ones that were worse were those little ticker-style ads you could get on stock trader cable channels.

Second, MTV as far as I can tell has zero influence on the music industry. How do I know this? I never see them mentioned anywhere anymore. They used to be mentioned everywhere, but those days are long gone.

Third, and thank God, more young people are saying to hell with cable television and television in general. Why? Easy answer: TV is boring. And kids hate being bored. Television is not where things happen anymore. Internet is. Whether it's Facebook, Twitter, YouTube (shameless plug,) Amazon, eBay or whatever it is, things are happening online and not from TV.

What does this mean if you're in a band?

It means if you want to "make it" as a band, you have to advertise, but not on television. Not on MTV nor anywhere else on that medium. It doesn't matter how little or how much you spend there because your band will never get known that way. Don't do it.

Fortunately, you can try out online advertising for fairly cheap. I think the easiest of the easy is Twitter's promoted tweets, described by Twitter as, "ordinary Tweets purchased by advertisers who want to reach a wider group of users or to spark engagement from their existing followers."

With Twitter, all you have to do is just type up a tweet, flip over a few bucks for promotion, set your reach and see what happens. No graphic art skills required. Type and go.

Will your promoted tweet work? Maybe it will, maybe not. You'll have to experiment to see what works best. But at least it won't cost much to try it out, and the point is that it is accessible to you. Far more accessible than ridiculous TV advertising, that's for sure.

As for how much it will cost, there is no set price because it depends how you want to set your reach. The further reach you set, the more expensive it gets.

If Twitter isn't robust enough to handle how you want to advertise, there's also Google AdSense where you can advertise using text, image, text + image and so on. Many more options compared to Twitter. And, of course, there is Facebook advertising. You need a fan page to start advertising on Facebook, so if you want to go that route, get a fan page first (which is free,) then start exploring options.

In the end, if you're in a band and are ready to spend some money on promo, concentrate on online promo. Use the one you feel most comfortable with that you can afford, be it Twitter Ads, Facebook Ads, Google AdSense, Amazon Advertising or maybe something else...

...but not television. Leave that one behind.