How to use a looper pedal for playback of backing tracks 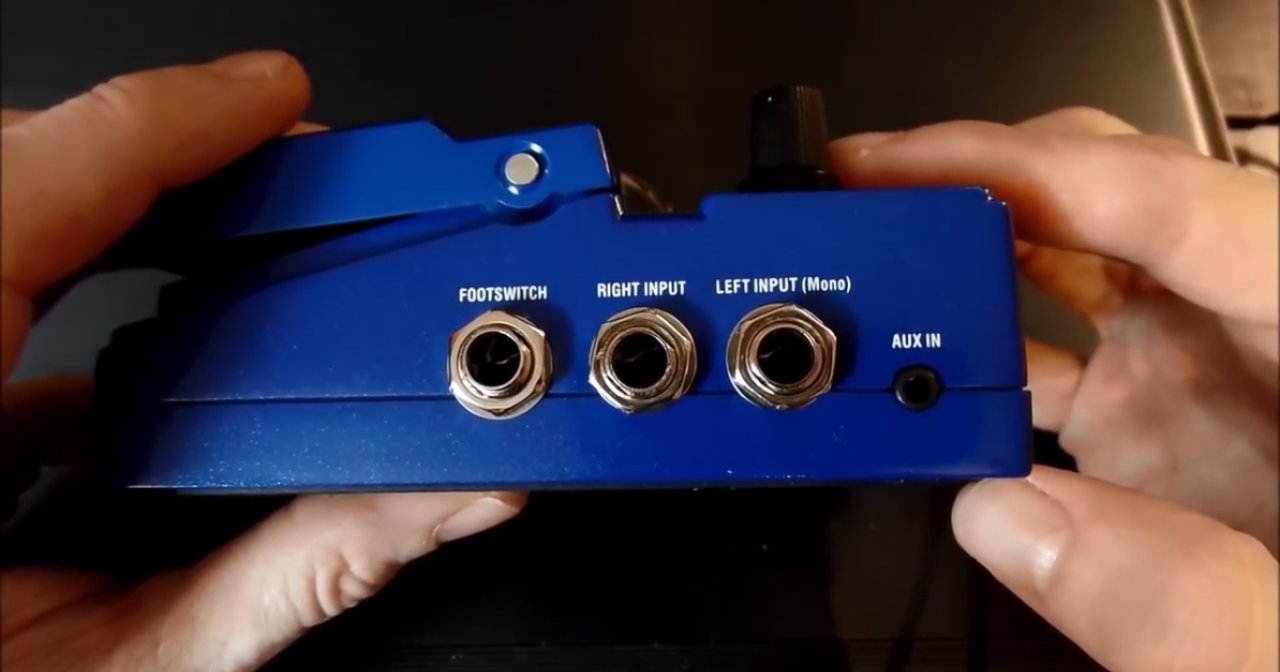 Recently, I've received a few questions on YouTube concerning how to do this with a looper pedal.

There are, surprisingly, a lot of guitar players out there who want to use a looper pedal as a simple music player. And by that I mean put backing tracks into the pedal, then select the song you want and play it back whenever needed.

When I was asked how to do this, I replied and said that doing so was a bit of a waste, and that it would be cheaper and easier to use a phone for song playback, fed out to an inexpensive mixer with Bluetooth wireless capability like this one.

The reply I got back to that basically said, "Yeah, I know I can do that, but I really want to do this with a pedal."

How do you do it?

The DigiTech JamMan Solo XT (which I own) has an AUX IN port, shown in the photo above. This is a smaller headphone style port where you can feed audio from your phone or other music player to it. It acts the same way the larger 1/4" ports do in that you can record from it.

Basically speaking, you feed in an entire backing track song as a recorded phrase. The only limitation is that the JamMan has a maximum record time of 10 minutes per memory location. You can stuff in a bunch of songs to the JamMan as long as no one song exceeds 10 minutes in length.

When saving each song, the only thing you really have to remember is to set each to Single Phrase (equivalent of "one shot") so the song doesn't auto-repeat when it ends.

No, you can't import MP3 files

The JamMan records all songs as WAV files.

Yes, it is possible to import WAVs into the JamMan, but I don't recommend doing so because then your audio levels between songs will be all messed up.

I strongly suggest recording each backing track song you want to use in the JamMan manually. Yes, this will take time, but you can test the audio level of each to make sure each is the same. This will save you a ton of time in the long run because otherwise you will be constantly adjusting the Loop Level knob every time you switch between songs. That is an annoyance you don't need.

For an easier time when using this on stage...

...get the FS3X foot switch. This connects directly to the JamMan (see photo above, note the FOOTSWITCH port) and will allow you to go back and forth between memory locations without having to physically bend down to the floor every time you want to switch to a different song.

Why would anyone want to play backing tracks this way?

As noted above, I really thought this to be a waste since there are cheaper ways to do it.

But then I thought why someone would specifically want to do this through a pedal, and then it dawned on me...

...it's actually easier and more convenient for performing guitar players to play backing tracks this way.

When "it's all on the floor," the hands don't have to come off the guitar. Just find the backing track you want with a few taps of the footswitch, start playback and away you go. This is decidedly more convenient than dealing with a phone and a separate mixer.

So in other words, I didn't get it at first. But I do now. Using a looper for backing track playback is actually a good idea for the performing guitar player.