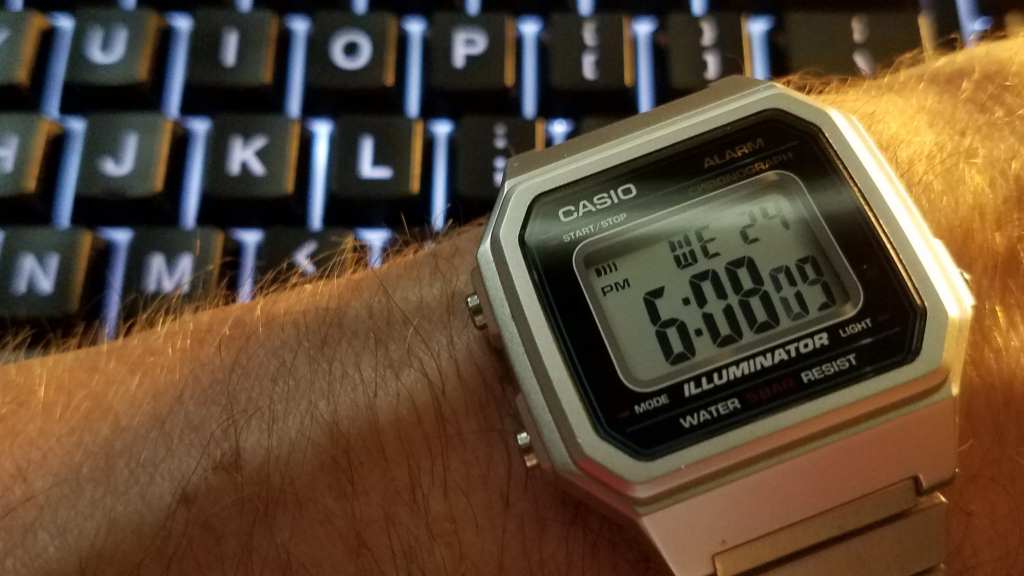 2022 has be interesting where my hands are concerned.

Given I'm firmly in middle age territory now, I pay close attention whenever a new pain happens. For any new pains that come, I do my best to figure out what the cause is so I can either mitigate or get rid of it.

This one has to do with hand pain. My left hand, specifically. It took me years to figure this stuff out, but I finally did.

My left hand started complaining a while back. It was directly under the left hand index finger, on the top pad of the palm. Just there.

You're probably thinking, "YOU HAVE TRIGGER FINGER!" Nope. My index finger has full range of motion and does not have any "locking" in a flexed position whatsoever.

Was there increased pain when I pressed the pad? Nope. Just a dulling pain, as in a soreness. I could still do everything I normally do, just with an annoying and concerning dulling pain in the pad under the left index finger that cropped up every now and again.

What I thought, incorrectly, is that playing a thin-neck guitar was the cause of the pain. I switched guitars and began using a thicker neck. This worked somewhat, but the pain still came back every so often, so I hadn't found the root cause just yet.

What I also thought, somewhat correctly, is that it was the watch I was wearing, which I do wear on the left wrist. What I would wear normally wear is a resin band Casio watch. I stopped that and switched to steel. That did help a little. Then I started wearing the bracelet more loosely, and that helped a little more...

...but the pain still kept coming back periodically. This was getting frustrating, because I knew I was close to finding the source of my hand pain but didn't know where to look next.

Then one day I finally had a thought. Is it my computer keyboard? After all, I do type a lot as I write many things.

Before answering that, bear in mind that at the time I was using a mechanical keyboard, as in the "clicky" kind normally labeled as gaming keyboards. It was loud but I liked the action of it.

Then I finally found some new information that led me to find the source of my hand pain problem.

That was the eureka moment for me.

With the click-clack of each key press, I would "thud" the key down with each keystroke, putting totally unnecessary stress and pressure on my hands. After typing this way for a long time, my hands started complaining.

Yes, I said hands, plural. The left under-index-finger pad would complain the most, but sometimes it also happened on the right hand too, but not nearly as frequently. Still, it happened.

I said okay, time to get a "plain" keyboard, but one that isn't total crap, is wired (I can't stand wireless keyboards), has a light typing feel to it but not too light, is backlit, has a standard PC keyboard layout and isn't ridiculously expensive.

I found one. Perixx Periboard-329.

After receiving it in the mail, I knew after typing on it for just 10 minutes that I had to have another as a backup because it was that good. When the second one arrived in the mail, I tested it, it worked just as good as the first, so I boxed it back up to keep for a backup, then threw out my mechanical keyboards.

What's the Periboard-329 like? It's like a Dell PC keyboard with better feel, better key travel, increased letter sizing (but not goofy-big) and is backlit. The key layout, THANKFULLY, is 100% standard with no weird key placements. Everything is there, the full number pad is there (which I do use), the styling is NORMAL which I very much appreciate, and it's all good.

Did my hand pain go away immediately? No. It took a few weeks, because my hands needed to heal. I had been thudding away, literally, on a mechanical keyboard for a long while, and it took time for the soreness to go away.

Has the pain gone away completely? Mostly. I'd say it's about 95% gone now. Progress is being made.

What do I wear for a watch now?

The Casio B650WD. I've had this in my collection for years, but as it turns out it has the legibility, right weight, and a wider metal bracelet compared to other low-cost Casio models. I do wear it loose to where when it's flat on the wrist, I can fit my pinky finger under the bracelet on the underside of the wrist easily. I do this so there is absolutely no pressure on any veins just to be on the safe side.

The B650WD is larger and thicker than an A158, so most of the time it does stay put even when worn loose. Works for me.

Am I ready to try thinner-necked guitars again?

Although I'm happy with my Affinity Strat, I'd like to get another 2-pickup guitar again...

Does that mean another Les Paul? Possibly. But to date, a guitar I've never owned is an SG. And it's not like getting an Epiphone SG is expensive. The SG Special VE for example is dirt cheap. However, I also like the SG Prophecy. That is a very modernist SG, and a lot more expensive than the VE.

I'm also not opposed to getting something a little controversial, the Jackson JS22 Monarkh SC. It's cheap, I did try one before and in all honesty the neck felt real nice on it.

Or I may try my hand at parting together a guitar since I specifically prefer lower output bright-sounding humbuckers.

For whatever guitar I get next, oh yes, I'll talk about it.