Minecraft Interactive Watch (this could have been better) 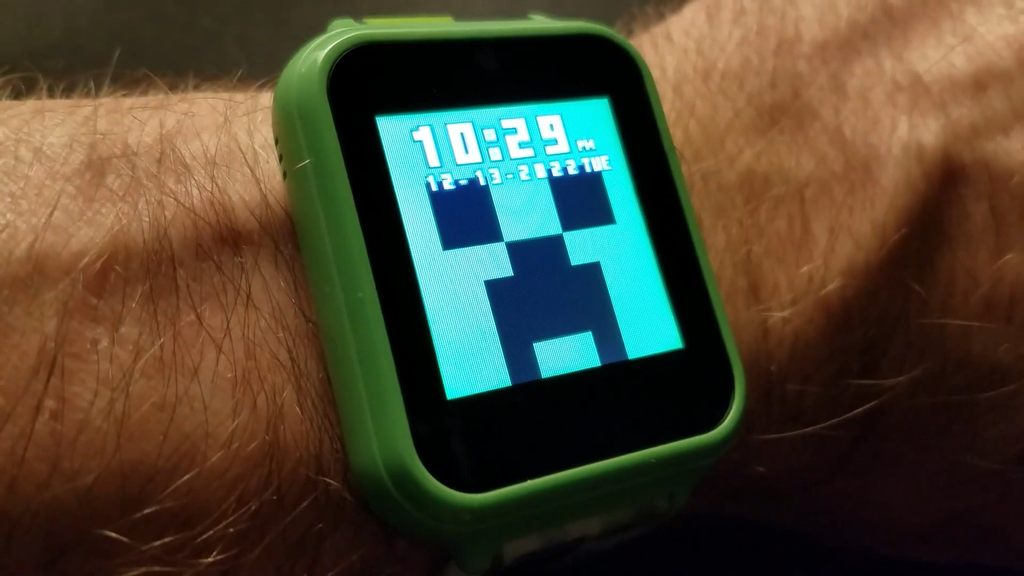 This watch is significant downgrade compared to the PlayZoom.

I recently tried out the PlayZoom smartwatch. That one is loaded with features and other good stuff.

But this, the Minecraft Interactive Watch... not-so good.

Does it even work? Yes. There's a big red sticker under the case that says it has to be charged for at least 30 minutes (better if you charge it for 90) before it will get enough charge to function. Once charged, it works like it's supposed to.

The strap is pliable, soft and comfortable.

The screen has enough brightness to it to be read, and touch response works.

Yes, it will operate with no need to connect it to a phone or computer. Just charge it and go.

For a kid's watch, sure, this will pass. But you could get so much more from a PlayZoom. Namely, many more wallpapers, more games, more little apps and just a whole bunch more stuff to keep a kid entertained. And heck, the pinhole camera even swivels on the PlayZoom, meaning it can do more than just selfie photos.

To note, I believe this is the same watch you get with any Accutime Kids model. Minecraft is the one I tried out, but you'll also see this same watch themed as Disney's Frozen, Spider-Man, Marvel Avengers, Sonic The Hedgehog, Harry Potter, Pokemon and Star Wars to name a few. These all have the same lackluster set of features.

In comparison, the PlayZoom is just so much better in pretty much every way. However, I have to bear in mind the audience for this timepiece.

The ultimate question is this: Is it good enough for a kid? Yes, good enough - as long as it doesn't get wet. This watch, just like the PlayZoom, has no water resistance whatsoever. If it gets wet, that will damage the electronics permanently.