Review and tutorial of the PlayZoom kids smartwatch 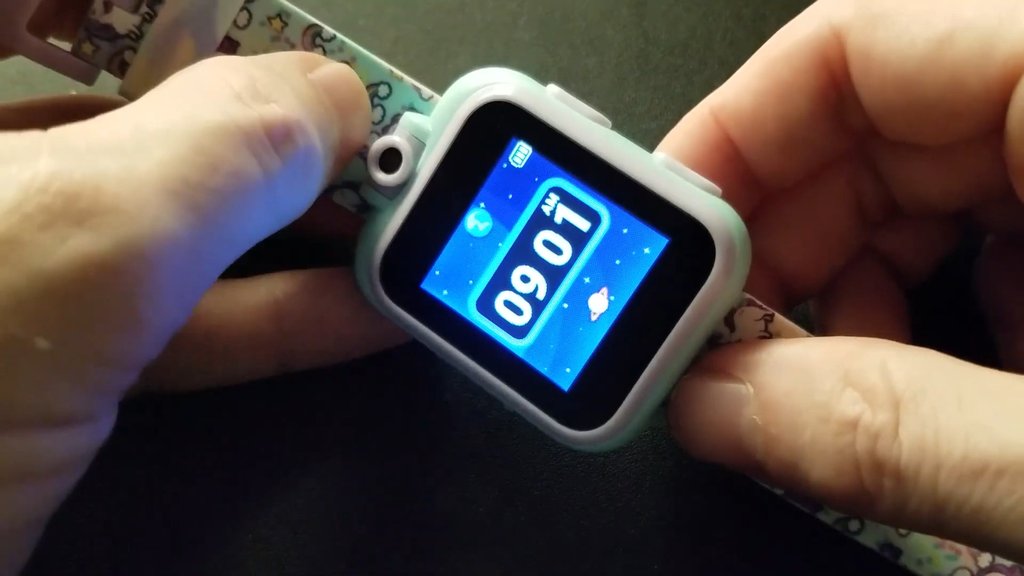 This thing is surprisingly really loaded with features.

The PlayZoom smartwatch is a kids watch. Although this smartwatch is very inexpensive, I was interested to see how far along smartwatch tech has come on the low end of the price spectrum.

(If you want to skip my short review of this and just get to how to set this thing, see my video below.)

There are two things about this smartwatch I am absolutely certain will annoy many parents.

First, although it comes with the provided USB cable to charge it, it's a USB micro connector and not USB-C. One side is the bigger USB A type and the other USB micro. The thing should have just been USB-C end-to-end.

Second, when you plug this thing in to charge it, nothing happens on the screen until it's about halfway charged. This can lead somebody to believe the watch is totally dead when in fact it isn't. To get a full charge out of it, you have to leave it plugged in to USB for a solid 2 hours, and then you're good.

You'll see some of these labeled as PlayZoom and others PlayZoom2. Is there a difference between the two? Yes. Big differences? No. There are some minor menu changes and not much else. However, as I note in the video below, I actually liked the PlayZoom better than the PlayZoom2, as the menus seemed faster and the screen easier to read.

Something I didn't mention in the video that I noticed afterward is that the PlayZoom2 has a quick-release style strap whereas they PlayZoom doesn't. Does that matter? Probably not, because I don't even know where you could get a replacement strap for one of these.

In addition to the PlayZoom and PlayZoom2, I also checked out the Minecraft Interactive Watch that I'll be posting another article on soon. The Minecraft watch is really basic and somewhat disappointing, whereas the PlayZoom/PlayZoom2 is absolutely stuffed with so much more.

In the PlayZoom you get lots of wallpapers, the ability to switch between digital and analog time, more games, more activities, more everything. The tiny pinhole camera even swivels, allowing to take more types of photos and videos.

The camera, as expected, is terrible. Photo resolution is 128x128 pixels. I'm not kidding. The frame rate you get from video is really low. I would guess 6fps if not lower.

But as I said, that's okay because at least it has a camera that can actually be used, and yes the photos and videos can be transferred from watch to computer using the provided cable.

Does NOT need an app just to use it

I was fearful that you needed some dumb app just to get the watch working, but was happy to learn that no app is required. The PlayZoom can operate completely out-of-the-box without ever connecting to anything other than its provided cord just to charge the battery. No account to set up, no wireless nonsense, none of that. Take it out of the box, set the time and date if you want, and that's all there is to it.

Some parts are still computery

For the price, you get a lot

I was expecting the PlayZoom to be total crap. It's not. The touchscreen actually works and is responsive, the menu is definitely good enough for little child hands and fingers, and it just works.

What's the biggest drawback? Absolutely not waterproof in the slightest. If the PlayZoom gets wet, I seriously doubt it would survive. If you have a kid who wants a watch really bad that, and you know the watch will get wet, just get a plain Casio F-91W wristwatch. It's not a smartwatch, but it never needs charging (the battery lasts about 7 years), tells the time and most importantly can survive a bath easily.

See the video below for everything you need to know about setting up a PlayZoom smartwatch. It's long, but as I said, it does have a lot of genuinely good features to it.