No, you do not have to tune flat to keep a guitar in tune 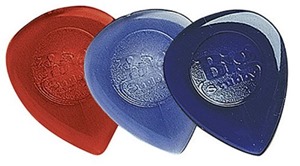 I've seen a many opinions floating around on how to tune an electric guitar. Some say tuning to exactly what a chromatic tuner states is the right way, while others say it's totally wrong and you should tune certain strings flat.

Well, before I answer that, know this:

There is no such thing as a perfectly intonated neck

With any guitar neck, you will either have to intonate it near the nut, in the middle around the 8th fret or so, or at the heel where the high frets are, as there will always be a part of your neck that does not intonate correctly.

The only company that's come close to solving this problem is Music Man with a technology known as the compensated nut; its sole purpose is to - in Music Man's words - improve accuracy all over the fretboard. Does it? Yes, it does. But note that they don't say it totally cures intonation issues, because it doesn't. It mostly cures them.

But of course there is a tradeoff to a compensated nut, as they are cut specifically for optimized standard tuning. While it will work with alternate tunings, the standard tuning is what it works with best.

First things first. How do you play?

I'll use myself as an example.

On a Stratocaster, be it a cheap Bullet, an American Standard or any other Strat model, I have to tune the 6 string, as in the bass E, slightly flat. I do that because on Strats I use Tortex .88 picks and bang strings hard when playing that particular guitar. And being the 6 string is the first string I hit when playing full chords, it receives the most strike from the pick. As such, it wavers slightly sharp if it's in standard tuning. But when tuned slightly flat, it doesn't. For me, that is.

On a Jazzmaster, I use a Fender 351 Celluloid medium-thick pick, and I don't pick nearly as hard on the Jazz as I do on the Strat. Because of that, I don't have to tune the 6-string bass E slightly flat.

Fender guitar tunings that work for most people

On Stratocasters and Telecasters with the Fender standard 25.5-inch scale, it is typically true that most people will achieve the best tuning by adjusting the 6-string bass E and the 3-string G slightly flat. And by "slightly" I mean 15 cents, if your tuner is capable of such a measurement.

If you have one of those headstock tuners that doesn't show cents but rather little light-up LED bars, you tune the bass E and G "down by one bar", and that should be really close to 15 cents flat.

For other types of players, sometimes tuning the G slightly flat doesn't work, but rather the 2-string B. You'll have to experiment to see what works best for you.

Gibson guitar tunings that work for most people

In my personal experience with the Gibson standard 24.75-inch scale neck, tuning the 2-string B very-slightly flat works for me and pretty much every other Gibson or Epiphone I've played that has that standard Gibson scale length. And by very-slightly I mean "just a hair" below B for the 2-string.

For you, it's most likely true you won't have to do that and can use whatever the tuner says is in tune. For whatever reason I have to tune a 2-string B slightly flat when I'm playing a Gibson-style neck to keep my tuning proper.

Most people use NPS (nickel-plated steel) strings, but as I've said before, there is a difference in tension between brands depending on core type and core-to-wrap ratio.

I personally use Dunlop DEN0942 because they break in really fast and have a core-to-wrap ratio I really like. But that may not be your string of choice, so here are some options.

If you encounter the issue where your strings keep wavering out-of-tune when you pick hard, switch to a string that uses a hexagonal core. The tried-and-true D'Addario XL has that core type. The hex core makes the string slightly stiffer when tuned to pitch and less prone to wavering out-of-tune when you play hard. It's also more accommodating to alternate tunings because of the stiffer core.

If on the other hand the string feels too stiff and puts you out-of-tune a lot, but you still want to keep the same gauge you've been using, try a round-core such as DR Strings or the Dean Markley 1978 Reissue strings (9-gauge is the 1972 reissue).

If your notes are sometimes in tune and other times not even though your guitar is intonated properly and you've got a string you like, that's when it's time to experiment with different picks.

You will need to try everything, and fortunately that's easy to do. You can buy what's known as a variety pack of picks. Here are four to choose from:

My suggestion is to try the pick in the variety pack most people avoid, that being the thinnest one. Yes, the "flappy" pick. Start there first. You may find you really like a thin, flappy pick. If you don't, no harm done because you have other thicknesses to choose from.

If you are the kind of player that likes a super-thick pick with some weight to it while at the same time having a nice rolled edge so you can keep your strings in tune better when picking and not "slam" them so much, you want a Big Stubby. That pick is available in 2.0mm and 3.0mm (or 1.0mm if you want a "thin" one) and will probably be the most comfortable thick pick you ever use. The Stubby will either be made from Lexan (a polycarbonate that has a glass-like feel to it) or nylon, depending on what you decide to get.

What about nuts and tuners?

If your guitar nut is clean and your strings stretched properly, tuning stability shouldn't be an issue.

Some tuners do slip from time to time. But that usually only happens if the tuners are really crappy, as in the kind that are ridiculously loose, worn out and barely have any tension when turned. And believe me, you would know if they're too loose.

"So you're saying how to tune depends on the guitar and how I play?"

If after you tune with a tuner you feel your guitar is in tune according to your ears, then it is.

Eventually, you will find the right combination that works for you.

And remember: Not all guitars tune the same. If you own more than one guitar, you may find that Guitar 1 holds proper tune without any additional adjustments, while Guitar 2 requires one or more strings to be tuned flat to get proper tune. Just keep experimenting and you'll find the tuning that works right for the guitar(s) you have.