Guitar gear that is not worth saving 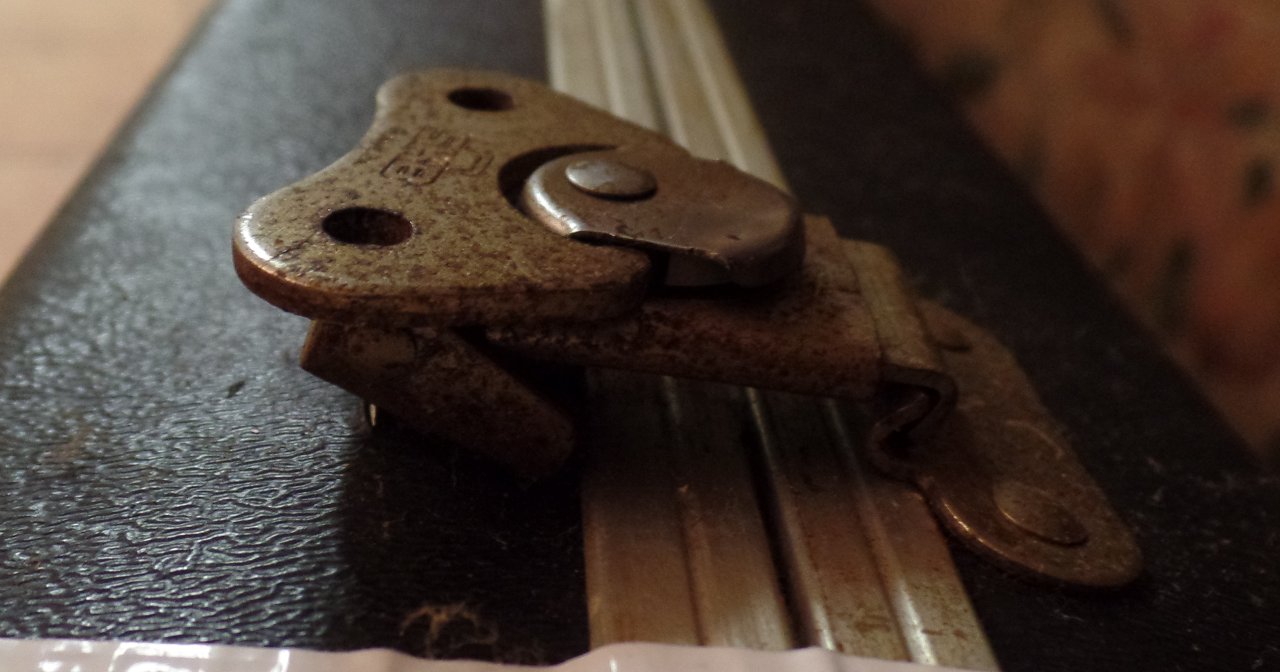 Sometimes when old guitar gear breaks, it has to be thrown out.

While I understand that some older guitar gear is valuable, when something starts falling apart so badly that there's simply no way to repair it, the decision has to be made whether to keep or toss it.

An example of this is from the photo seen above. This is the right side latch of the guitar case to my 1993 Fender American Standard Stratocaster. It has 3 latches. Left, center and right. The center latch plastic broke off years ago, but the case could still be used since the left and right latches still worked. I discovered today the right side latch plastic is now broken as one side lifted away from the case; that doesn't allow it to securely close anymore, and now it's at a point where it can't even be used.

In the early 1990s, standard Fender hardshell cases were terrible because the molded plastic does not stand the test of time. The inside foam and carpet held their shape well enough, but what would happen is that the outside latches would simply break off right out of the plastic. It's not the latches that would break but rather the plastic itself. Cheap plastic? Yes.

My case spent almost its entire life indoors. But even so, the latches rusted (surface rust, no rot,) and as the years went on, the plastic became brittle to the point where it started falling apart right where the latches were installed.

There is no fix for this. Superglue will not hold the broken plastic in place.

If this were a tweed case, then yes, it could be repaired, but not this. A case of this type was never designed to be repaired when it breaks.

Do I feel bad that my guitar case has broken to the point of no repair? No, because I knew it sucked when the center latch broke off years ago. It was only a matter of time before one of the other latches did the same thing, and it finally happened.

Was this "user error" on my part? No. This literally happened from the case just sitting in a room. The case was not jostled or slammed around in a way that would break the thing. Again, cheap plastic.

Granted, the plastic is 25 years old now, but still, this is a case, so to see it do this all on its own is a bit disappointing.

Some may say to hold on to the case anyway since it's the original issue from Fender in '93, and it may be worth something even in broken condition...

...but nah, I don't think so. I'm okay tossing this crappy case out and buying a replacement.