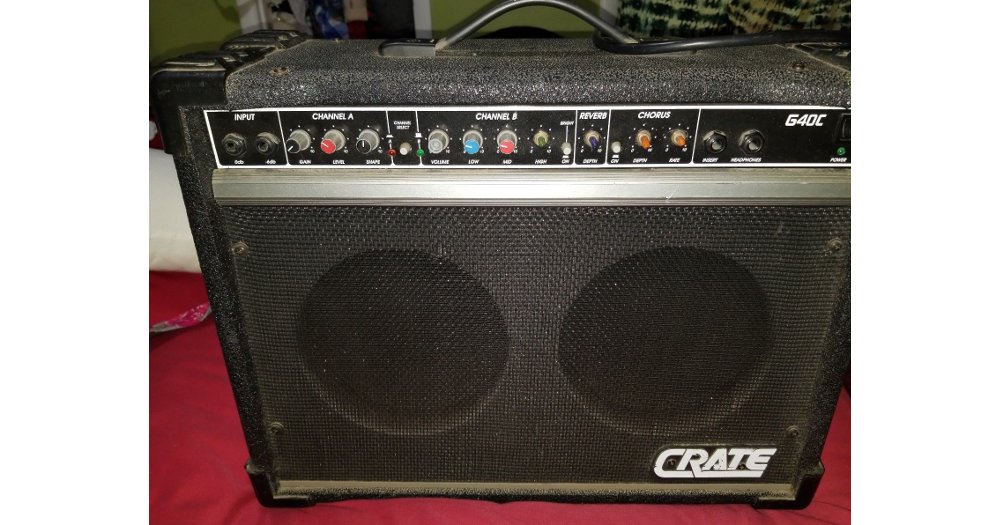 There's the argument that no technology ever truly dies, and yeah I do agree with that sentiment. Everything I'm going to talk about below is being used by someone somewhere right now, but that doesn't mean the tech is good.

And now, on to the suck. 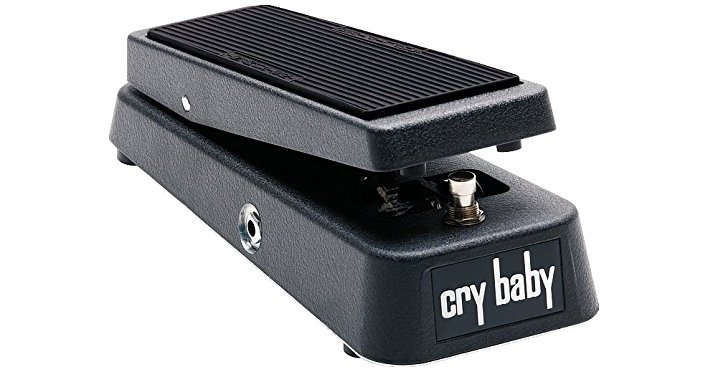 First up is the Dunlop Crybaby, a.k.a. the wah-wah. Notice the glop of lubricant directly under the expression pedal. That's normal. Every new Crybaby and other pedal of this type is made like this, and that's what makes it suck. Not only will that lubricant get worn out quickly, but it will attract all sorts of dirt since it's obviously used on the floor.

If there were an award for most-high-maintenance pedal, the Crybaby would be it. I've owned two of these pedal types in the past. The Crybaby and the VOX V847A. Both were great at first... but then as the lubricant wore out, dirt started collecting on the inside and so on, they just completely wore out in record time.

These types of wah effects use 1960s tech that has barely changed over the years. When they start breaking down (and they will,) all you get is a crackly, noisy, nasty and totally unusable effect. Oh, you can try to maintain one, but that's a fool's errand. Re-lube and use dust removal spray all you want, but it will be a total waste of time. All you'll be doing is delaying the inevitable.

Never buy one of these. It sucks.

If you want a wah effect, go digital or get an optical wah such as the Morley CLW. No lubricant to worry about on that one. Simple, very rugged, easy-to-maintain. That's how a pedal effect should be. Whether it's used at home or stage, that thing is built to be used.

Anything that uses a floppy disk 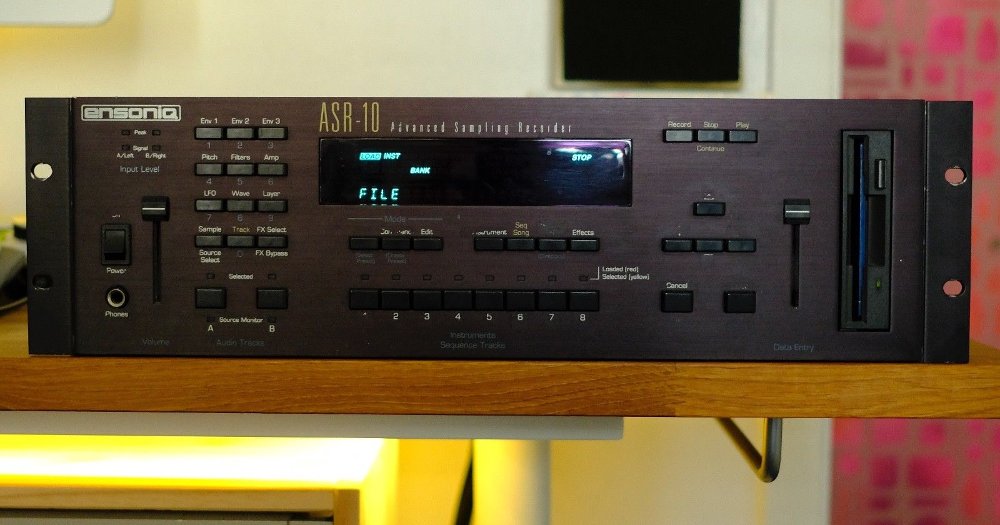 This mainly concentrates on synthesizers of the past be they full keyboards or the rackmount units like the Ensoniq ASR-10 rack configuration shown above.

Floppies, whether 8", 5.25" or 3.5", are all bad. Every one of them. A floppy is the worst possible way to store data. Out of every media format you could possibly use, this is the one where you have the most chance of your data going corrupt and never being able to read it again.

And let's not forget about proprietary data formats. Many of these things wrote data that can only be read on that unit. Standard PC readable files? Ha! Not happening.

Three means of storing data existed with synths for the longest time. Compact cassette a.k.a. tape, floppies and flash memory. The compact cassette was first. For example, a Roland Juno-60 from the '70s could have patches stored and sent back via a tape deck. Floppies came after that, and then finally memory cards.

Tape was too slow and didn't hold that much data. Flash memory cards could barely hold any data, were ridiculously expensive and proprietary. The floppy was, at the time, the best of the 3 formats. It held a good amount of data, it was affordable and it had decent loading speed.

But that doesn't take away the fact that floppies are the worst.

Thankfully, there are those out there making retrofit options to junk the floppy disk drive and replace with a USB interface, many of which are drop-in solutions - if it's 3.5". For the 5.25" and decidedly ancient 8", sorry Charlie, you're out of luck. 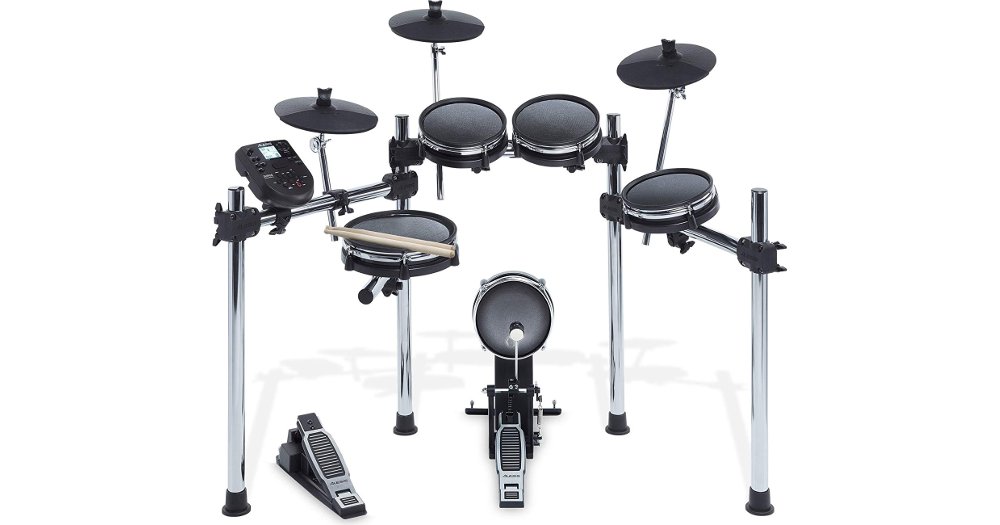 Above is an Alesis Surge kit. And buying one of these new is totally okay.

But never get an electronic drum kit used.

The reason electronic kits used suck is because whether the sensors are still working properly or not is a total crapshoot.

In the way these things are made, each drum is obviously not made "all-or-nothing" style where you could easily detect a bad one if a sensor is failing. If a part of a drum is failing, you won't know that until you actually set the whole thing up first. That's a lot of wasted time and effort just to save a few bucks on something you'll ultimately have to immediately send back - if you can send it back.

If you get a kit like this, buy new. Yes, it will cost more. It's worth it. 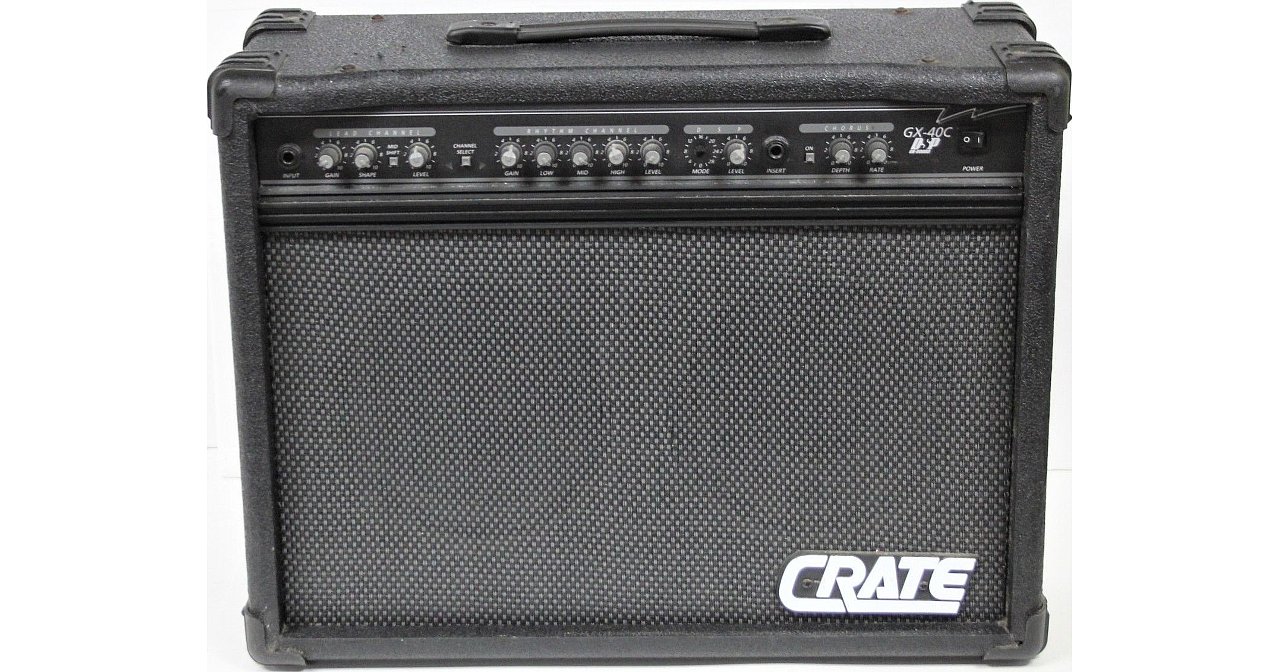 I don't like tubes and I do champion modern digital modeling guitar amplifiers. But I also totally admit that solid-state guitar combo amps of the '90s really sucked.

During the '90s, I owned guitar solid-state combo amps by Fender, Marshall, Crate and Peavey. None of them were good. They couldn't project good volume and the speakers were terrible.

The bigger guitar amp heads that connected to cabinets were decent (particularly from Randall,) but where guitar combo amps were concerned, it was sad times for solid-state in the '90s.

If talking about bass and keyboard solid-state amps of the '90s, many of those were actually pretty good. They could project and had great clarity to them. But on the guitar side of things, '90s combo amps are definitely one to skip.

The only good thing I can say about '90s solid-state guitar combo amps is that they could take a good amount of punishment. They may not have been very loud for stage use, but they could take a drop and/or get knocked over and still work fine.

Were there any truly good solid-state guitar combo amps in the '90s? Yes. One of them is the Roland Jazz Chorus 120. It is often said that Roland is "the sound of solid-state" in the best possible way. The JC 120 is definitely a good amp. And very loud.

Multitrack recorders of the '90s 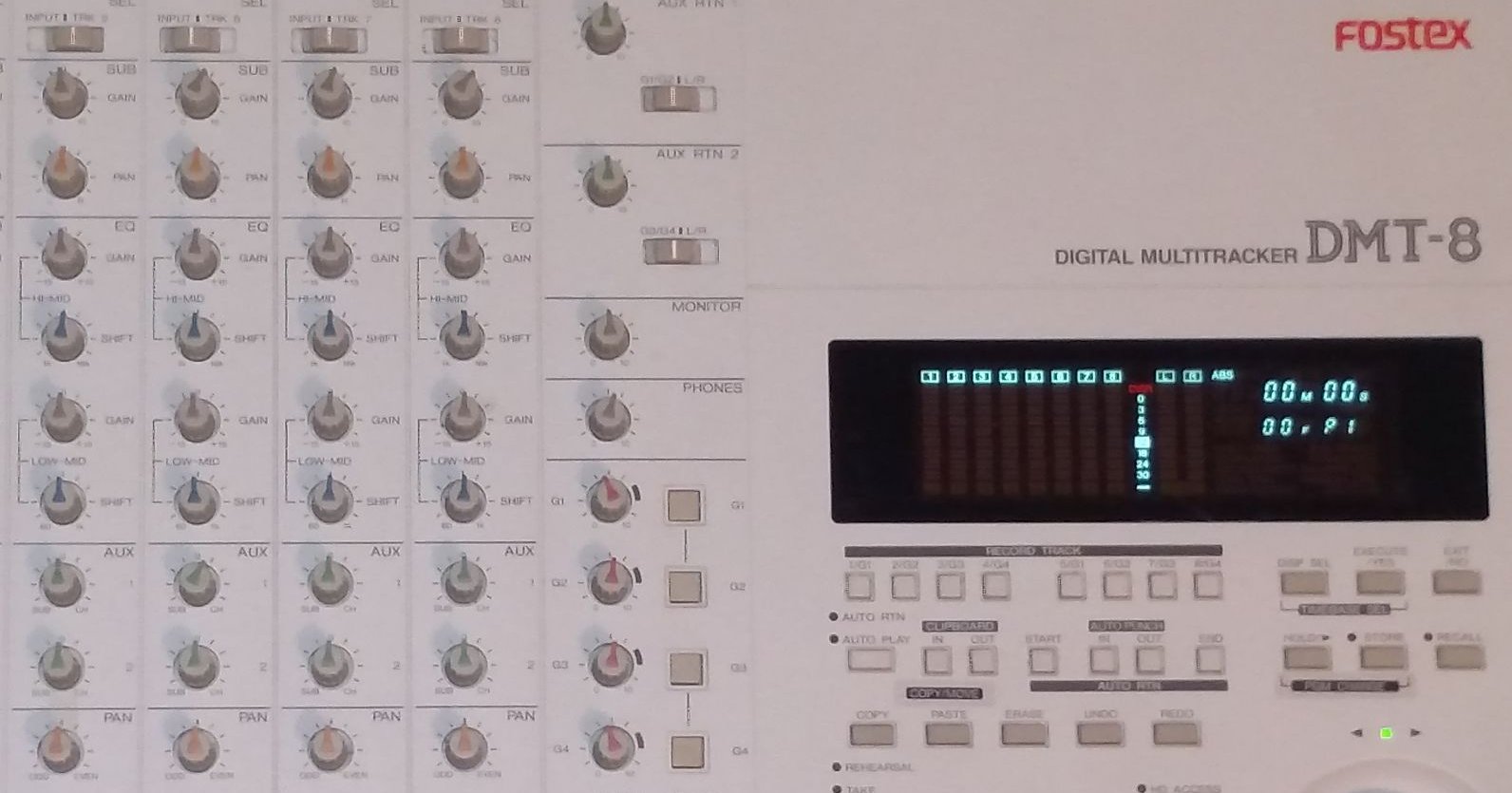 I'll round out this list by also going to the '90s again, this time concentrating on multitrack recorders.

The interesting this about this is that in the '90s, analog and digital multitrack recorders were sold side-by-side. Analog units used compact cassette and digital units used hard disks or Hi8 tapes.

The unit shown above is the Fostex DMT-8, which had an original starting price of $1,995. And that was considered a great deal for what it offered at the time.

I personally used the Tascam 424 in the '90s. Two of them actually, as I wore the first one out.

Here are the problems with all multitrack recorders of the '90s:

If it's analog, the belts over time get stretched out or dried out and need replacing. The drive mechanisms themselves also simply wear out. Belts can be replaced fairly easily. Drive mech however... not-so easy.

If it's digital, the #1 issue is usually data storage. Specifically, running out of available memory to store recorded data and what to do about it.

The DMT-8 above is a classic example of this. It has an internal 540MB hard disk drive. Can you expand this? No. You must back up your data once that's filled up. How? S/PDIF connection to a DAT recorder. And how long did a full disk backup take? Over 45 minutes.

Another issue with digital recorders of the '90s was the learning curve. The Roland VS-880 is an example of this. RIDICULOUSLY difficult to use, with an interface so complicated it's enough to drive anyone to drink. There are video tutorials posted to YouTube from back in the '90s on how to use this thing, and they're between 90 minutes to TWO HOURS LONG just to show you how to use the VS-880.

I'm not saying everything we have today is perfect. But it's a lot better - and cheaper - compared to what we used to have.