The guitar PRS wants you to forget, the SE EG 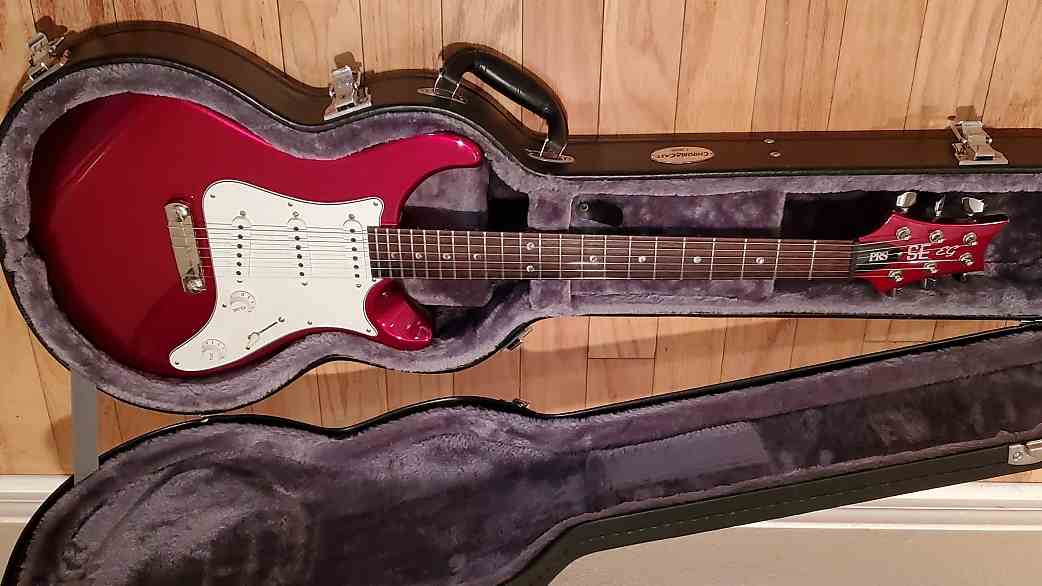 This is what PRS was making in the early 2000s.

The answer to the question "What would happen if PRS made a Strat?" is, of course, the Silver Sky model. But PRS made another Strat type guitar back in the day, and it was the SE EG model.

So what is it? It's South Korean build, 25.0" scale, 22 fret, glued in mahogany neck (no bolt plate on the rear), mahogany body, mahogany neck, rosewood fingerboard.

Amazingly, no bird inlays on the fingerboard. I'm not a fan of bird inlays, so I like this. It also appears the inlays are abalone dots, which is a nice touch.

Also, this is a top loader, which I also like a lot as it makes for easier string bends. Yes, this does mean the guitar is a hardtail as there is no vibrato system present.

Something I both like and not like is the bridge. It appears to be one of those wraparound things. I don't have a problem with that part. But where intonation is concerned, that could be an issue because I assume it's a bridge type where only the sides can be moved since the saddles can't be moved. However, given how PRS designs guitars, intonation is probably just fine.

On the lower horn, yes, the deep cutaway (cut-in?) does exist for easier access to the higher frets.

Although the guitar totally sounds like a Strat, the body shape is like a cross between a Strat, Les Paul and SG. In other words, those who know PRS guitars should find this familiar.

If you ever wanted PRS's take on a Strat style guitar but didn't want a Silver Sky, seek out the SE EG. It had a short run but looks decent.