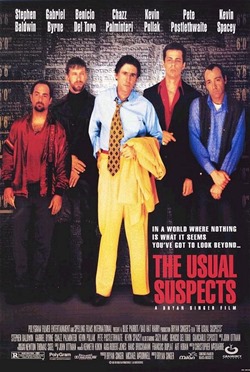 The Usual Suspects is a movie from 1995 that I've been wanting to see for a long time because it had such rave reviews and I've never heard anyone say a bad thing about it. I finally got to watch it for myself and decide if it was good or not.

Good? Yes. Very good. It's a different take on the whodunit type of story where you're trying to guess who the real killer is throughout the whole movie.

I was able to successfully guess who the real killer was about half way through. But even so, I'll probably watch it again because the story runs real deep. There is no way to catch all the little hints and clues on first view of this movie. That, and it's pretty much required to watch it twice to even begin to figure out how the killer was able to piece everything together so well before it's revealed who the killer is.

Has this movie aged well? For the most part, yes. However, there are a few things that are a bit distracting that makes it dated.

You will see a few pieces of 1990s technology that lets you know this flick is almost 20 years old. You'll also see cars of the time which dates it a bit.

But the thing that throws you the most is seeing the twin towers. Yeah, that's in this movie, albeit very briefly. It was a staple of movie making that any film shot in New York either in part or in full had to show the towers as an establishing shot so the audience was sent the message "Yes, this is New York". However, whenever you see a pre-2001 movie that has the towers in it, such as the comedy Trading Places or any other number of movies with that towers establishing shot, your heart sinks and it takes you a few minutes to get back into the storyline.

For example, there was a cartoon that ran for 23 episodes from 1994 to 1995 called The Critic, which was supposed to be based in New York, and this is the show's title card: 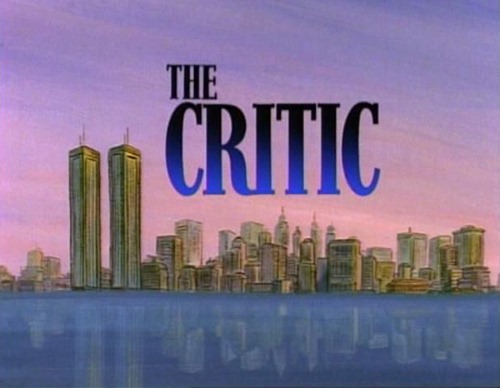 ...and you see the towers at the beginning of every show on that card. Again, my heart sinks whenever I see it.

Other than the little bits of 90s stuff and seeing the towers, The Usual Suspects is a really good movie. Fantastic storyline and I'll definitely have to watch it again to catch the stuff I missed, because like I said, the story runs real deep.