The power went out in my apartment this morning. I called it in and they said a crew was already working on it, so I decided to head out to mail some things out and took some pics. 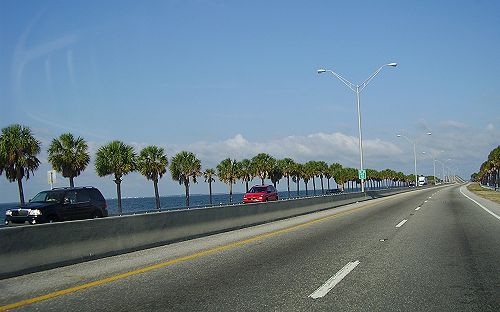 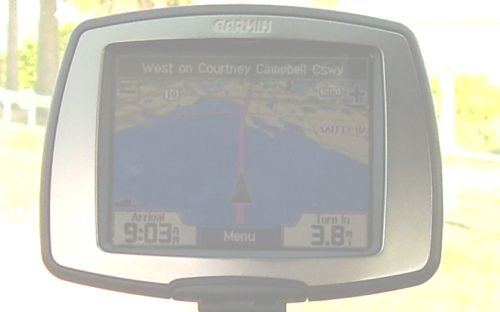 What the CCC looks like on the GPS. I had to punch up the brightness to get this one to come out (and no, the display is never this dark, the camera just focused on the surrounding light instead of the GPS).

It's cool when you see nothing but blue fields (water) on the GPS when you're driving over a bridge or causeway. 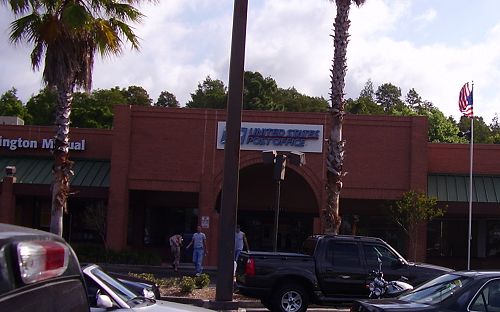 A post office in Clearwater Florida. Note the palm trees. 🙂 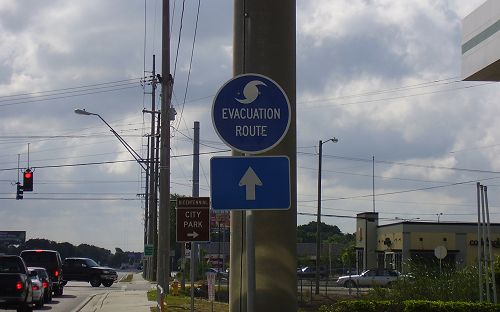 This is one of the "Evacuation Route" signs I was writing about before. I was able to find one right next to a Hess Express convenience store, so I stopped and snapped a photo of it.

I hope I never have to pay attention to one of these signs (eesh)...

The reason this is a neat photo is because you never see these in Connecticut or anywhere else in New England. The evac sign is the same as the "Brake for Moose - It could save your life" signs up in Maine. Both are indigenous (more or less) to the regions in which they're placed.