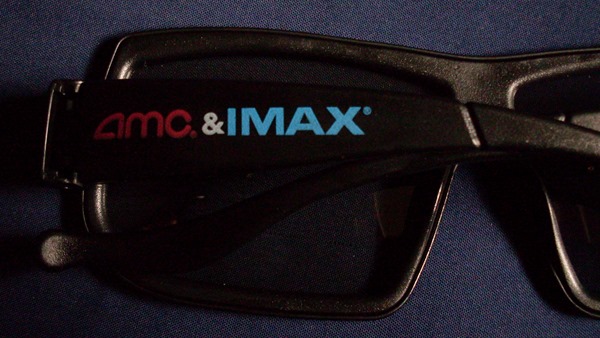 Pretty darned good. Better than I thought it would be, actually.

NO SPOILERS PRESENT; safe to read without ruining the movie.

It's a little after noon on 18 Dec 2015, and I just got back from a 9am showing of Star Wars VII: The Force Awakens in IMAX 3D as I begin to write this.

Being the movie is very fresh in my head, this is what I thought of it.

It sucks that the 20th Century Fox intro wasn't there

This has absolutely nothing to do with the movie whatsoever - but - having grown up with Star Wars, the 20th Century Fox intro was in every movie. I believe this is the first that doesn't have it. Obviously not a deal-breaker, but it left me thinking, "Aww... darn it, that should've been there."

Loads of Han Solo done in a very good way

Harrison Ford got a good deal of screen time, and he was frickin' excellent, but I don't like the way he left the movie - and you won't like it, either.

Very glad the movie tried to wash away the worst part of episodes I, II and III

The worst thing episodes I, II and III did was try to explain The Force as midi-chlorians. That was just wrong. Episode VII on the other hand got back to what makes The Force The Force. It's a mystical, magical energy that binds the universe together. They diligently steered the storyline back to what made Star Wars great to begin with.

Very few scenes where I said to myself, "I'm watching a movie"

If there is any point when watching a movie where you know you are watching one, the immersion is broken and it ruins the experience.

There were only a few experiences where I felt this, and it was pretty much only during the space battle scenes.

Oh, man... this was good. The Falcon was basically a character in itself, and wow did it get knocked around - literally. That ship had the ever-lovin' snot beat out of it.

It was fantastic how the ship got introduced into the film (you totally don't see it coming,) and the role it plays throughout the movie was very well done.

Not enough explanation of where new main characters come from

This is where the 40-year-old in me surfaces. I see new characters. Right. I want to know where they come from. Right. But I'm given very little explanation.

In other words, not enough backstory.

I would have appreciated it if there was about, oh, maybe 2 extra minutes per new main character to explain them a bit better. But I didn't get that.

I'll use the Falcon as the example here. From the trailer, you knew the ship was going to make an appearance, and it did (big time.)

The Falcon is a total fan service, but thank God, the writers actually worked the ship into the storyline where it serves a real, legitimate purpose. And that's what I mean by "in check." Nicely done.

You will notice several other fan services present in this film, but again, they are pretty much all kept in check.

The fan services I actually noticed most were the sound effects. I heard a lot of stuff put in from the original episodes IV, V and VI. And, truth be told, it was done well.

The comedy worked in was done tastefully

A good balance of dark and light in the story

The lighter moments vs. the darker moments of the film were fairly balanced.

All space battle scenes, while great, sometimes felt shoved in there just for the sake of being there.

Very good use of practical effects

I'll mention the Falcon again for this one.

Out of every Star Wars I've ever seen, only this one shows the Falcon in a very dirty, earthy look just like the original (meaning episode IV,) except aged even further. You can see that the ship is very old, very used, rusted in places and so on. And the best part? I could tell just by looking that it was all real. And by real I mean "not computer generated." Thank God for that.

There were several other parts of the film where practical effects were used over CGI, giving an organic feel, as in life, to what was being shown. I thought that was great.

BUT IS THE FILM ANY GOOD?

Is it a Star Wars movie? Yes. It totally feels like one.

Does it capture the magic the originals had (meaning episodes IV, V and VI)? No.

There were 2 parts of the movie that really ticked me off, both character-related. I can't talk about them because mentioning either would spoil the movie.

In the end, I consider this a decent science fiction movie, but nothing earth-shattering.

Better than episodes I, II and III? Oh, yes. The story is what makes episode VII worth watching. It's the glue that holds the movie together, and does it far, far better than I, II and III did.

Good enough for a reboot of the franchise? Time will tell on that one.