The jump into men's wristwatch fashion 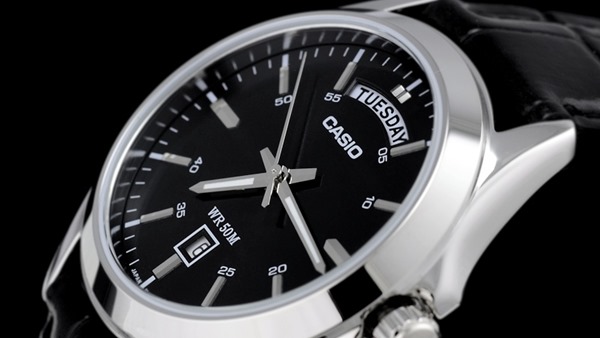 When you get older, you stop dressing like an idiot and start getting civilized.

I turned 40 earlier in this year 2015 at the time I write this, and several things changed concerning my personal appearance.

First, I lost a bunch of weight and am no longer overweight. When I started, I had a BMI of 29 (which is borderline obese.) I now have a BMI of 22.

Second, I stopped dressing in t-shirts all the time and started wearing polo and casual button-down shirts. Rarely will I go in public wearing a t-shirt these days.

I used to know next to nothing about wristwatches, but I've been learning more about them; what I've learned is quite interesting.

My current daily watch is a digital, a Casio B640WD. Cheap, retro and has all the features I want...

And just what is a true man's watch?

Analog-digital doesn't count. The watch has to be all-analog or nothing for it to be a true man's timepiece. 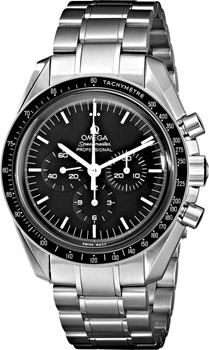 If you know watches at all, the Speedmaster Professional is the famous "man on the moon" watch or just "moonwatch," as it was the one worn by an astronaut during the Apollo 11 mission.

The Speedmaster is really expensive, but has a timeless design and is a standard when it comes to what a proper man's wristwatch should be. 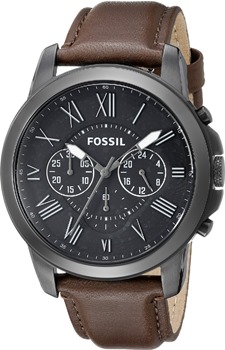 When you see a Fossil men's model, you know it's for a man. This one has a really nice blend of old world + modern world design going on. The knurled crown is a nice touch as that's an easy-grab style. 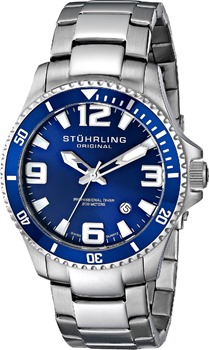 Dive watches usually aren't my thing, but I like this one. With a 12-3-6-9 design, it's either totally right or totally wrong, and the Aquadiver gets it totally right. The blue works too because it is a dive watch, after all. The nicest part is that the price is low for this timepiece. Looks expensive, to be sure, but it isn't. 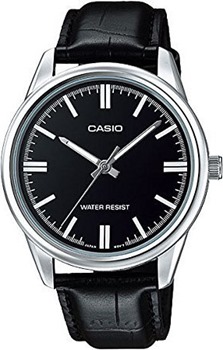 Why list a cheap-ass Casio analog? Because this is one of the very few watches that's an analog with round face, no numbers and no date that is a proper 9-to-3 40mm men's size.

It's the no-date part that makes a style like this tough to come by.

There are a lot of guys out there that want a watch just like this simply for the fact they don't want to deal with a date display. All they want is the time, only the time and nothing but the time. That's what you get with this Casio without it looking like a watch an old fart would wear.

When you want a watch that "goes with everything," so to speak, a basic black Casio analog really works.

What's the Casio shown at top?

That's an MTP-1370L model. I have one on order at the time I write this. It's not a basic black as it has day/date on the face - but I wanted that because I think it looks cool.

Since turning 40, I examined what I was wearing on a daily basis and made a decision that it was time to change things around. I started researching men's fashion, and something that popped up routinely was the watch. A proper man wears a proper watch, so that's where things started.

I began with a Timex Weekender, which is a nice, basic watch. I swapped out the nylon strap with a leather NATO strap, and yeah, it looks good.

After that I decided to go all retro-digital and bought a few Casio watches with metal bands, which is far superior to resin bands. Casio digitals appeal to the geeky/nerdy/nostalgic side of me, and there is a "geek chic" style with a retro-styled digital. But a Casio digital is obviously not a true man's watch as I noted above.

The Casio analog I have on order is the second analog watch I've ever bought. Will it be my last? No, because there are a few other styles I'd like to try out, such as a 12-3-6-9 and maybe a few others.

Do I plan on having a crazy amount of watches? No. I've already bought a few that I've returned. At the moment, my daily is the Casio B640WD I mentioned. But if the MTP-1370L works out, I might start wearing that one full time.

Why don't I wear my Timex Weekender full time? It's for just one reason that is well known to Weekender owners. Pronounced ticking. You can really hear a Weekender tick, which to some is annoying. Most of the time the ticking doesn't bother me, but there are times it does, and that's why I don't always wear it.

Casio analogs as far as I can tell have a much quieter tick. Not as quiet as a Seiko (which to my understanding have near-silent if not absolutely silent ticks,) but darned close.

Anyway, yeah I will be picking up a few more analogs eventually. But as for digitals, I'm done with those for now because in all honesty, there's really nothing better than what I already have.

Will I ever completely give up digitals?

No, because there are functional conveniences with digital that analog just can't do. For example, my Casio B640WD can run a stopwatch, timer, hourly chime and alarm all at the same time. My AE1200 can do all that plus show 5 time zones all with optional DST on/off settings and run 5 separate alarms besides that. Can't do that with analog.

Can you have style and function with a watch? In my experience, that would be a no. With digital, I've seen a bunch of different brands try to make digital look upscale and it just doesn't work. For example, a really expensive analog-digital is the Omega Speedmaster Skywalker. Simply put, it looks cheap and there's just no avoiding that. When you want that look, you get the Speedmaster Professional analog and not the Skywalker.

I use both, but keep them separate because I've not found an analog-digital that looks good. When I want features and retro geek chic, I wear digital on the wrist. When I want a man's timepiece, I wear analog.

Does wearing a watch really make that much of a difference?

It does in my experience.

Whenever you wear something shiny on the wrist, it gets attention; people will stare at it.

If wearing a digital, anyone who stares will think, "Oh. Cheap watch."

If wearing an analog with some nice style to it, anyone who stares will think, "Wow, nice watch."

Does getting the better reaction - even if unspoken - really matter in the grand scheme of things? Yes. It can mean the difference between a good or bad experience when dealing with pretty much anyone.

If you're sporting a cheap digital, people think you're cheap. But if wearing an analog with some nice style to it - even if it's cheap - you're treated better.

This is part of the reason I bought a digital that uses a metal band. Digital looks cheap, but at least the metal band offsets that somewhat.

However, a proper analog with good style is still the best thing going to make the best impression, at least with a watch.