The music store is not as good as you remember it 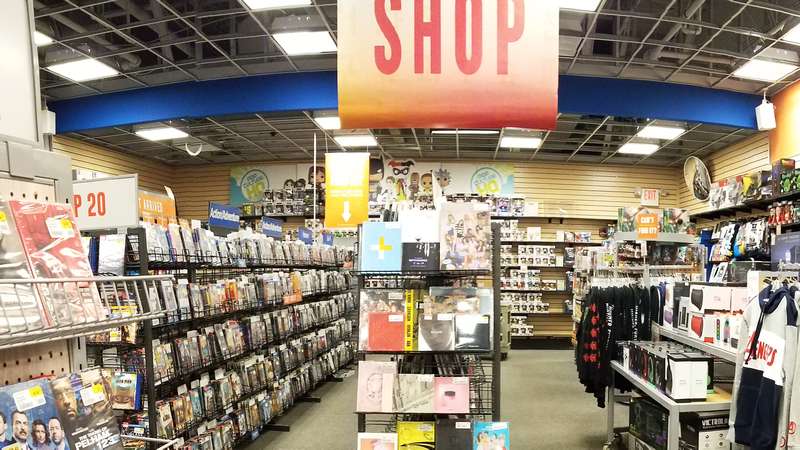 Some people pine for the days when then were record stores everywhere. They shouldn't, because I remember how it truly used to be.

A documentary that I recommend watching is All Things Must Pass: The Rise and Fall of Tower Records.

Here's what's going to happen when you watch that movie. For the first third of it, you're going to see a whole bunch of Americana, feel happy and might even wish you were there during those early days. The middle third is all about business. All that Americana you saw? Gone. Now it's all about cashing in. Then comes the final third when it all ended. And this is the part of music store history that I remember. 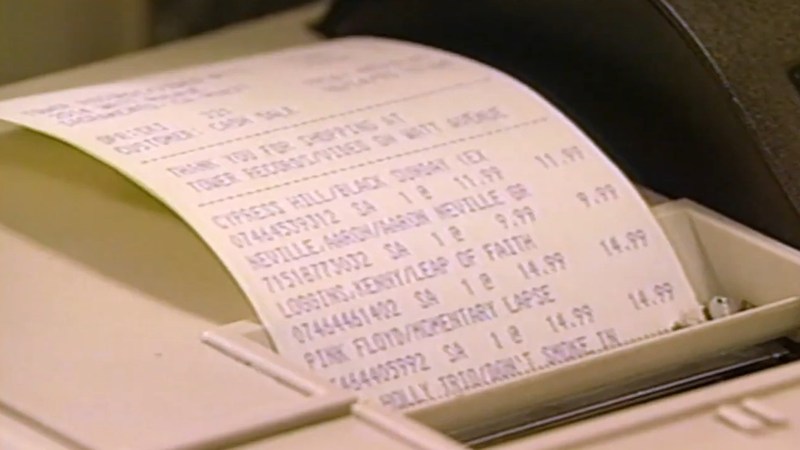 I'll put this in perspective for you.

True, you could still buy the cheaper tapes (as in compact cassettes) for a while, but then all the record stores pulled the tapes entirely. In the end, if you wanted to buy that music, you had to spend full whack on that plastic disc.

When MP3 file sharing happened on the internet, yeah it's no wonder everybody flocked to it. Every song you downloaded saved you about $2.25 ($5.13 in 2022 dollars). It didn't even matter if the compressed audio quality of the MP3 was worse than the CD because hey, it was free.

Strawberries was the New England version of Tower Records

Tower Records never had a presence in New England as far as I know. There were a handful of music stores in New England where I grew up, and the one closest to me was Strawberries. That was the place you went to locally in town to buy music.

I remember the last very last CD I bought from Strawberries. Megadeth: Rust In Peace. I don't remember the exact price, but it was a lot just to get the stupid thing. I was mad having to spend as much as I did. In fact, before I went in the store to make my purchase, I sat in the car for a moment and debated whether it was worth even buying. Yeah, I bought it. I could have bought 4 t-shirts instead, and I'm not kidding.

The high price wasn't just a Strawberries thing because any store that sold CDs was jacking up the prices back then.

A music store in the '90s was no different than a computer software store. The only difference was the product. And in reality, the software store was better because at least they had bigger boxes with great artwork on a lot of what was sold.

The best way to describe a '90s music store aesthetic is "industrial standard". Take a commercial space, put down some commercial grade carpeting, install a bunch of shelving units and stuff those with CDs, put up a few posters, maybe have some neon signage on the wall, done. Absolutely nothing special or magical about it. A ton of '90s stores all followed this same formula. Zero character.

Anywhere to sit in the store? No, and that means it wasn't a hangout because there was literally nowhere in the store to hang out in.

Any "listening stations"? Yes. You could walk up to a little station, pick up some crappy headphones and listen to what the store gave you to listen to. And half the time the station didn't even work or the headphones were broken.

For anybody that wants the music stores to come back, just remember how it ended before. It wasn't pretty. All the music was ridiculously overpriced and the stores were nothing more than examples of '90s soulless corporate retail crap. The few that carried into the 2000s didn't change at all from what they were in the '90s.

Believe me, you do not want to go back to CDs and tapes. Stuff your phone full of tunes or just use a cheap portable MP3 player.

What do those who pine for record stores truly want?

The complete music buying experience from discovery to purchase, which involves more than just the music store. A lot more.

From the '50s to the '70s, the way new music was heard was either on the radio or television. A song was released and promoted through one or both of those platforms. You heard it, wanted a copy, and ran on down to your local record store to buy it. That's how it worked.

From the '80s all the way until the bitter end in the 2000s, music videos (MTV, specifically) was the main way music was sold. Radio was still in there as a promo tool along with television and some movies, but the music video was front and center. You saw the video on television, wanted a copy of that music, went to the music store and bought it.

The music store, in reality, was the final step of the whole experience.

Was it possible to discover music only in the store so you could have the whole discovery-to-purchase experience in just one place? For some years, yes, but not by the time the '90s rolled around.

The old school experience is in discovery

Music stores how they were are gone, but new music discovery is still doable, and easy. All it takes is a few deep dive YouTube searches for original song and/or original song [insert genre here].

While true this isn't the same as going to the music store and thumbing through CDs, you can still feel the magic of finding new music you haven't heard before. Ultimately, it's that which people are chasing after and not the store itself.