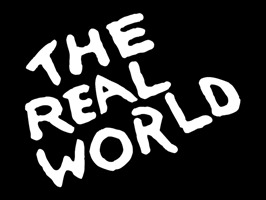 In 1992 I was 17 years old. Things were very different back then. At the time, my only online experience was from a thing called Bulletin Board Systems. Also, I was absolutely and totally hooked on television.

Even though cable television had been around since the very-early 1980s, I didn't get a chance to experience it until the very-early 1990s. And in 1992, MTV in an attempt to break into the world of television programming (instead of playing music videos all the time) launched this new show, The Real World. It was a smash hit.

Did I watch it? Of course I did. I thought it was great. It was very low-budget, daring and most importantly interesting. TV shows were usually very high-budget things, but then this show comes along with no scripts, no costumes or anything of the sort. It was - and this is really important to note - edgy without trying to be edgy.

MTV has two and only two claims to fame. The first is popularizing music in video form, and the second is the invention of the "reality television" programming format. And wow, did they hit a grand slam with The Real World. Have they ever topped it since? Nope. Nothing they've done since then has come even close.

Accepting that the show is almost 23 years old is a bit difficult to accept.

In March 2015, I turn 40 and officially cross the border into middle-aged territory. Does turning 40 mean anything in the grand scheme of things? Not really. The only time my age actually bothers me is when I find out that a show I used to like is now over two decades old.

Side note: How come the older seasons of The Real World aren't on Netflix? One would think that MTV would be happy to get some reuse out of them, as I'm sure Netflix would be more than willing to host the content. Weird.

After not watching television regularly for almost 9 years...

Up until the mid-2000s, I was absolutely glued to the television. But then I moved to Florida, and after I got my first apartment, I thought about whether getting a cable television subscription would even be worth having. I decided it wasn't, and instead use only an internet connection from the cable company and nothing more.

That was almost 9 years ago. Since that time I have probably watched less than 20 hours of television total. And no, I'm not kidding. I don't watch television. I have a rabbit ears antenna set and don't even use it. In fact, that antenna has quite the layer of dust on it now.

Technically, I'm not what's known as a cord-cutter because I'm still wired to the cable company, but only for internet.

However, there will come a point when I just dump cable completely and get all of my internet access through a tethered smartphone connection.

Note that I said "will come a point" and not "may come a point." Wireless speeds these days are getting very fast, but the problem is that there's still overpricing and data choke to deal with - but that will change.

Right now, if I wanted to, I could buy a brand new 4G LTE capable phone for $29 and outfit it with an unlimited plan for $40/month. However, the problem is that only the first 1GB of data transfer is at 4G LTE, and then it's throttled. That sucks.

When 5G comes along and those stupid data caps are lifted, that's the point where I dump cable. I estimate this will be available probably around 2018. Maybe sooner?

...the point is that I don't watch TV. The only time I ever see it is either if I'm over at someone's house visiting, or if I'm watching it while sitting in the lobby area of the auto place while getting an oil change on my auto.

Do I miss television? Nope.

What I do miss is how television used to be. But of course those days are long gone and not coming back, hence why I have Netflix.

Back when I was a kid and people in their 40s seemed really old to me, they all watched television. Tons of it. Back in the late 70s and early 80s that was The Thing To Do. Even if what was on TV wasn't that good, you still watched it anyway.

Now my generation is hitting that age milestone.

Will we be the same as our parents were concerning our television watching habits?

I seriously doubt it, for 3 big reasons.

1. Television isn't cheap anymore and hasn't been for years.

For those that remember, there was a time in the early 2000s when a ton of people were getting satellite dish television. Why? Because for a basic cable television plan, without internet mind you, the cost was over $100 a month.

What most people did was dump the cable subscription, got a dish and an antenna, and flip-flopped between what they wanted to watch that way.

You can still do this for about $20/month, however there were a lot of people that got burned on contract agreements with these dish companies. Many said to hell with them and just gave up satellite TV altogether. Customer service across satellite television companies was always crappy at best.

2. There truly is nothing good on anymore.

Back in the day, you could list off a few favorite shows. You'd have 2 or 3 really good ones that you loved, and 2 or 3 more than were "okay" that you only sorta/kinda liked, but watched them anyway because they had some interesting moments.

But now? You may have only 1 to 2 shows that are in the "okay" category, and every single other freakin' thing on every single freakin' channel is nothing but garbage.

You will get more enjoyment out of going through a few YouTube videos, watching Netflix and reading web sites (like this one) and forums than you would watching cable television these days.

Smarter cable companies are getting the hint and acting on it

Brighthouse, my cable internet provider, offers a BHTV app that allows you to stream TV content to computers, tablets and smartphones. Smart move. There's a lot of content on that app, including programming from HBO, Showtime, Disney and a lot more. Like I said, smart move, because that's how more people are getting their visual entertainment these days.

Brighthouse is also getting into what they call "TV everywhere," again for content streaming instead of getting it through cable. What they're doing, once again smartly, is offering the customer better choice of not only what they want to watch but how to watch it. They know that the more content they can get on to tablets and phones, the better. And I totally agree with this, because then you do get what you pay for.

But... will that be worth paying for considering how crappy television content is these days? Brighthouse has no control over quality of content as they're just a provider (with the exception of news like Bay News 9.)

This is what I predict:

In the future, television will be nothing more than a smaller part of the internet

You might be asking, "Isn't it that way now?" Well, it is if you don't have a cable or satellite TV subscription.

However, for many others, they are still paying for a television subscription even if it's part of an "entertainment package."

My prediction is that at some point, possibly in the near future, there will be no more television subscriptions. Instead, TV will be shelved back to just being an internet "add-on" of sorts.

Think of it the same way as you would renting a streamed movie or TV show from Amazon now. A 3-day rental for most titles is 5 bucks. And heck, there quite a few titles on the link where you can watch for free with ads in them, which is basically the same way television is now, so there's really no difference...

So to close, no, we won't be watching TV anywhere near the same way our parents did. We also won't be paying for crap programming either. My generation has been burned so many times concerning TV that we're at the point that unless what's on is exactly what we want to see when we want to see it, we're not buying.

1992 really was a different world back then. But it's now almost 23 years later, and we're a lot smarter concerning what we want to spend - or rather not spend - concerning visual entertainment choices these days.