Things I eat now that I didn't 10 years ago 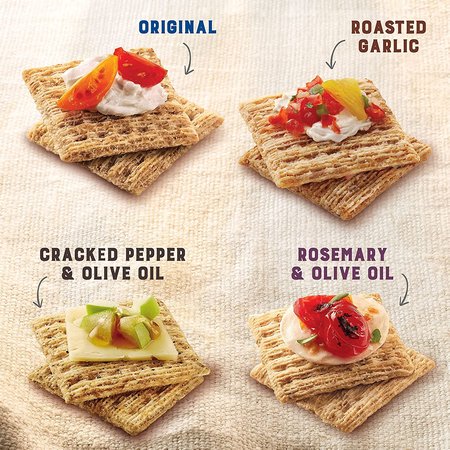 If I had a conversation with my 10-years-ago self, he'd give me weird looks if I told him what I eat now.

Tastes change as you get older. As my middle age continues, I now eat different foods because I genuinely prefer the taste of them over what I used to eat.

These are a few things I eat now that I didn't 10 years ago.

In the world of snack crackers and chips, you have the choices of potato, corn (ex: Fritos, Doritos, etc.), flour (as in saltines, ex: Zesta), rice and wheat.

Triscuits are made from wheat, and I prefer wheat crackers over all other base ingredients. I learned from eating Triscuits that I do not like potato chips. I used to eat potato chips somewhat frequently. Now I won't touch them. I'm a Triscuit guy now.

I have no childhood memory of eating rice. It's not that I'm repressing bad memories or anything like that. My parents simply did not buy rice for whatever reason. It wasn't until years later in my 30s that I discovered rice. However, it wasn't until middle age that I found out about jasmine rice.

Jasmine rice has a nice scent to it when cooking and is far better than white or brown for taste. The texture of it is also "just right". Take a 1/3 cup of dry jasmine rice, boil for 10 minutes, done. It's that easy.

I've had onions ever since I was a kid, but actually buying, preparing and cooking them wasn't something that happened until I reached middle age. I prefer whites because they're the most versatile and easiest to see the color change when frying.

Although I also like light red kidney, dark red kidney, red, garbanzo and a few other bean varieties, black is my preferred bean. I originally started getting these because they're always available and typically have the lowest amount of calories per serving. After a while, they became my preference over other beans.

The only reason I tried these originally is because all my life I heard sardines were gross. Then I thought, "How bad could they be?", so one day while at the market I bought a can of them. Back at home, I opened the can, grabbed a fork, had a taste, and thought, "Oh. This basically tastes almost like tuna." After that I just finished the can.

Every so often I'll buy 2 or 3 small cans of sardines. It's only about 100 Calories per can.