too many bumper stickers 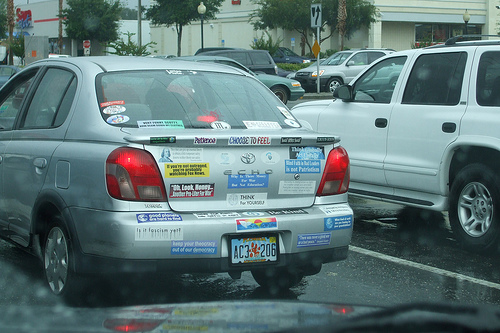