One of the ugliest Stratocasters ever made 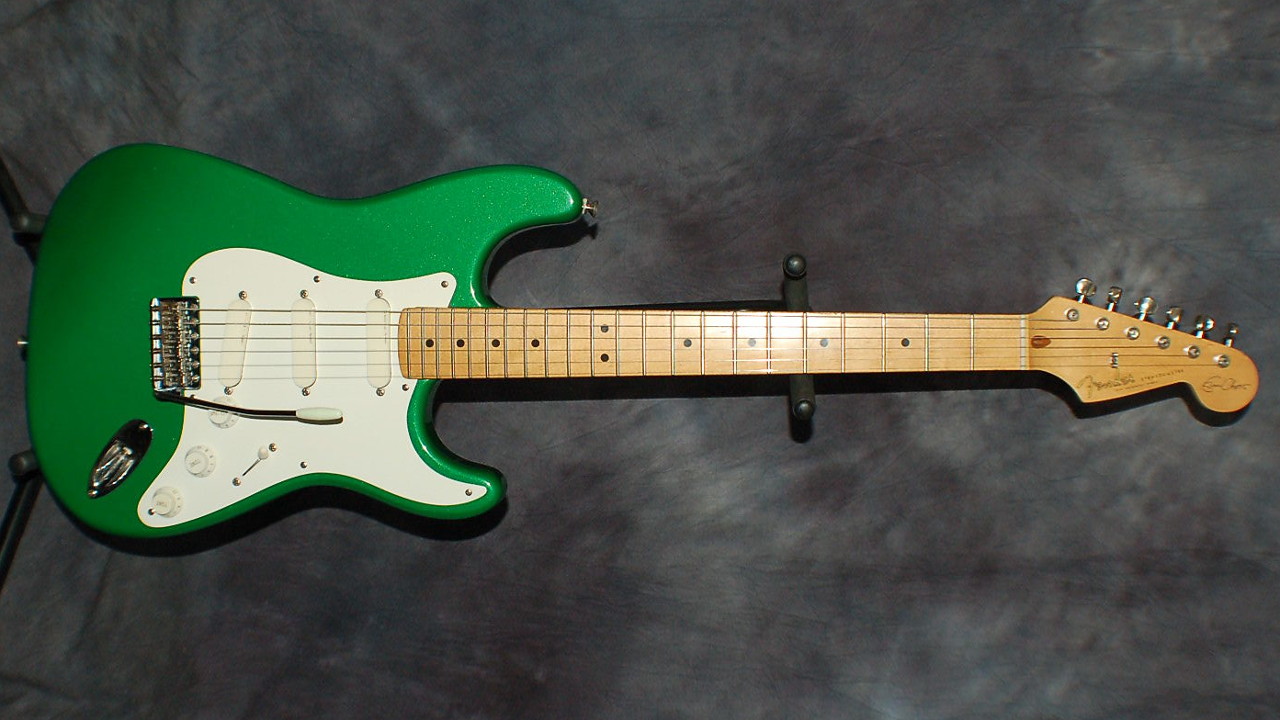 Today is Christmas Day 2017 at the time I write this. Green is a Christmas color, and since Stratocasters look terrible in green, that brings us to this guitar.

Green as I've mentioned before is an awful color for an electric guitar. Very few electrics get green right. One of the VERY few greens that looks good is Gretsch Cadillac Green, which is quite the swanky look. But on the Stratocaster, green does not work. Never has and never will.

With that being said, the above is a vintage 1989 Fender Stratocaster Eric Clapton Artist Series guitar in a finish called 7UP Green, which is basically Candy Apple Green.

I remember this guitar back in the day when it was new. Some guitars look bad in photos but great in person. But this guitar has the exact opposite effect. It looks worse in person.

"It doesn't look bad to me", you may say. You would be wrong. And if you ever see one in person, you'll understand why.

Now to be clear, this is not Forest Green from the Fender Custom Shop, not a British Racing Green, nor is it one of the nicer darker metallic greens you see on some cars. Nope. This is a candy color. As in the type of paint used on cheap bicycles and carnival rides.

There are some Stratocaster lovers that question why Fender doesn't release this as a standard color. The answer to that is simple. It's ugly.

Also bear in mind that the vast majority of other guitar makers avoid green on solid-body electrics like the plague because they too know how ugly it is.

Did Clapton himself ever dare play this ugly Strat in public?

Unfortunately, yes he did for a very brief period of time.

Here's a photo just in case the above video gets taken down: 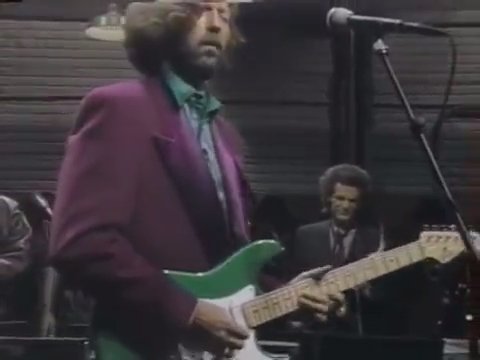 Oh yes, he complemented his nasty looking guitar with a purple suit. He must have raided The Joker's closet that day. I guess Clapton figured if he's going to play a butt-ugly guitar, he might as well dress in a butt-ugly suit to go with it.

As far as I can tell, it was only in 1989 that Clapton was actually seen playing a 7UP Green Strat. After that he was mainly seen playing Pewter or Black Strats instead (his signature guitar was available in several colors and those were two also offered at the time.)

Quick facts about this particular guitar 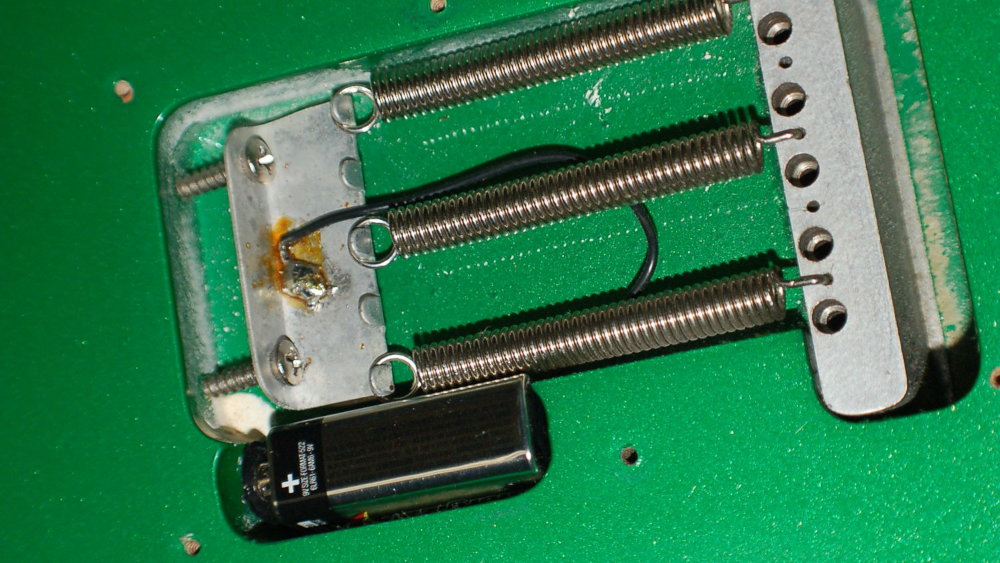 This is the era when upper-end Strats were outfitted with Lace Sensor pickups with active electronics (meaning the guitar needs a battery, which by the way is a pain in the ass to get to and replace) and TBX tone control. As far as the rest of the guitar is concerned, it's basically 1950s specifications for neck (save for the fact it has 22 frets) and body.

...and I know why. Fender Custom Shop must have known right away how ugly this guitar was once they saw it completed.

Supposedly, Clapton wanted this color, so I can imagine how this was handled at FCS. "Sure, Eric, we'll make a guitar in this color for you." After that conversation with Eric, the shop manager says to the team, "Dear God, this thing is ugly. Okay, we'll make it, but be sure to make it in the lowest production number possible because NOBODY is going to want this thing."

Only if you have a very big attachment to sparkly green, because it's really not a good guitar.

This Strat doesn't serve the player well because it has one of the worst possible configurations. You've got '50s neck and body paired with late '80s tech, which means a buzzy neck with pickups that have way too much output mated to a noisy preamp and overblown treble with the TBX. Not a good combination.

When looking at it strictly as a collector's piece, this is a hard sell due to the fugly color. Yes, it's rare. But it is a "signature" model and not significant in the guitar world. A 7UP Green EC Strat is nowhere near as valuable as Eric's "Blackie" Strat and never will be.

Ugliest Fender guitar ever made?

Maybe not the ugliest Fender guitar, but definitely one of the ugliest Artist Series guitars. There have been some serious Artist guitar stinkers out of FCS over the years, and the EC Artist in 7UP Green would definitely be in the top 5 (maybe I should make a list?)