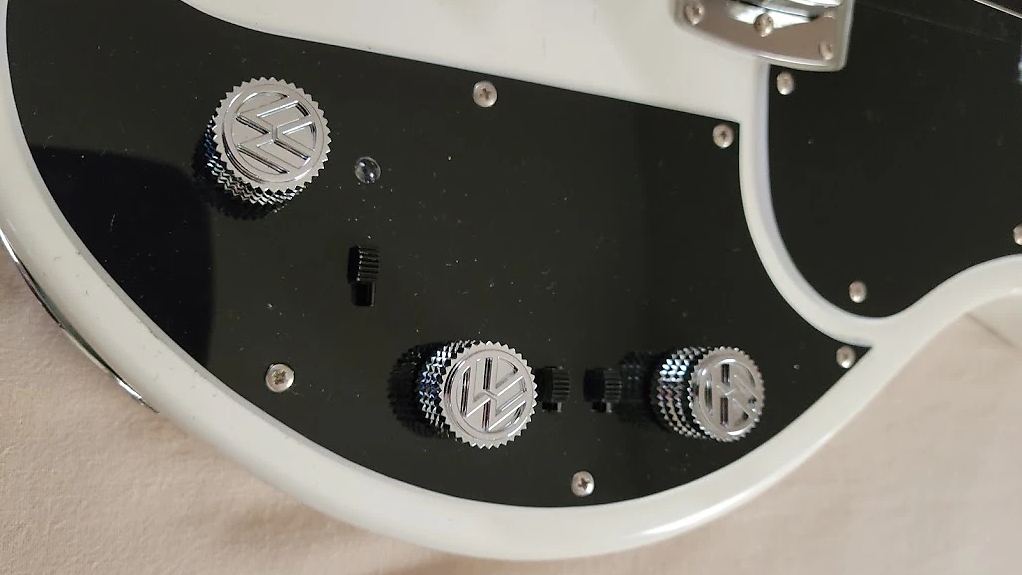 Your next car might be a Volkswagen if you get this guitar, and not for the reason you think.

Volkswagen is no stranger to tying in guitar brands to their cars. In fact, VW has a "Fender Premium Audio System" (yes, that Fender) option available on the Atlas, Atlas Cross Sport, Tiguan and Passat models.

This guitar, if you want one, is dirt cheap.

How did you get one of these back in the day?

This is where the weirdness continues. You got the guitar at the Volkswagen car dealership. For certain models of VW cars, when you bought the car, the guitar came with it. Obviously, most VW owners decided not to keep the guitar and sold it, hence why there are used listings for these now.

And now we come to the the weirdest part about the guitar that has nothing to do with the instrument but rather the information on it. On the back of the headstock of every single one of these, the Volkswagen VIN (Vehicle Identification Number) of the exact car the guitar belonged to can be seen: 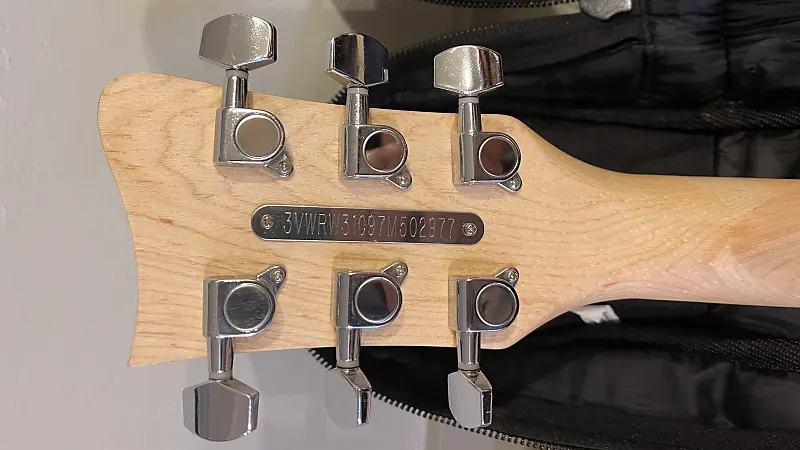 What this literally means is each guitar was specific to the car it came with. It also means that yes, it is possible to look up the VIN online and see where that car that is right now. And if you actually find the car and it's for sale, you could buy that now-used VW and "reunite" the original car with the guitar.

No, you will not get the exact address of where the car is nor the owner's name from a VIN lookup, but, you will at least find the US state of where the car is located. From the VIN above, I know that guitar originally came with a 2007 Volkswagen Touareg. If I wanted to know more, there are several paid VIN lookups online that would show me service history detail reports. From those reports, I could take an educated guess which US state the car is in now, search the used car listings for that particular make/model/year of VW in that state, hope I get lucky and find the car.

It is CRAZY that you could actually do that with this particular instrument.

If you decide to get one of these guitars, I strongly recommend to only buy one that has the VIN plate still screwed in to the back of the headstock just so you can try to match up the guitar with the car. That honestly would be a fun adventure.

Use some heavy processing like this guy did and it sounds decent:

How many VW logos are on the guitar?

The knobs have the VW logo, a 12th fret inlay has the logo, the neck bolt plate has a logo, and that's it. VW branding was kept to a minimum, obviously to save cost.

To buy a cheap guitar with car company branding just to get the VIN, then seek out that old car, then buy that car afterward just to "have the set" is crazy, putting it mildly.

But then again, there are guys out there who will spend crazy money for a vintage Fender just for the guitar, so... getting the First Act Garage Master with VIN and then getting the matching car afterward, yeah, still crazy - but cheaper than getting the Fender and you get a very cool story to tell afterward.