What's considered an oldie in music these days? 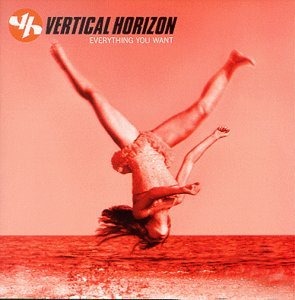 We're at the point now where any music released with a year starting in 19 is considered an oldie.

The oldies music format didn't come into existence until around the mid-1970s. Nobody knows the exact date of when that format came about, but we'll just say it started in 1975.

When American Graffiti was released in 1973, that obviously featured a ton of older music, and it was those kinds of films that gave radio stations the idea to launch programs (and ultimately entire stations) to only feature older music.

What qualifies as an oldie?

Any piece of music that was released at least 15 years ago at bare minimum.

This is something that makes people feel old really quick, because at the time I write this, 1999 was 15 years ago.

This means that Vertical Horizon's Everything You Want, released in August '99, is an oldie.

I personally don't have a problem with pre-2000 music being labeled as old, but some do because it reminds them too much of their age.

On YouTube, if you look up old songs of the '90s specifically, you will see arguments in the comment area (of course) between people of whether the music is actually old or not. Well, it is, and that's just how things are.

There is a weird factor however. A good chunk of '90s music could easily pass as new songs today.

Take the Everything You Want song for example. If you did not know of that song, and I told you it was something new and not from '99, you would probably believe me.

Certain songs from certain decades "sound old" because of the limits of recording technology at the time it was made.

But then there are others that sound just as fresh now as when they were released, like this song (listen to the song below first, then click the link to see its origin year):

Yep, the above song is considered an oldie.

From around 1995 all the way up to present, you really can't tell what music is new and what's old. In fact, the only way to know a song's age would be if you knew of the song or band beforehand, or knew up front the release date before hearing the song.

If a song is good, it will always be found again

Good music doesn't die, but rather just loses popularity for a time until it's discovered by new ears, then becomes popular again.

What I notice kids doing this days quite often is searching for music outside of mainstream channels. Why? Because they don't like music being made currently, so they seek out older stuff.

I find it weird (in a good way) whenever I see teenagers commenting about how much they dig music of the 1950s and 1960s. All the classics. The Beatles, The Beach Boys, Buddy Holly, Jerry Lee Lewis, Elvis Presley, Frank Sinatra... you name it, and they're listening to it.

These same kids also listen to a lot of 80s and 90s stuff too... but strangely skirt around the 70s for some reason. Maybe they just haven't gotten around to that decade yet? Not sure on that one.

If a style is good, it will be made again

Speaking of the 70s, people thought when that decade ended and when disco died that it wouldn't come back. Ever.

And it sounds very similar to this song, released in 1978:

"Oldie" is a badge of honor

When music can still be remembered 15 years later and beyond where it's classified as an oldie, that's not a bad thing.

Kids dig the old stuff, and if they give it the OK, you know that's a genuinely honest opinion.

Embrace the older stuff. The kids do, and so should you.