Where do you get white Fender "Witch Hat" control knobs?

On the American Vintage '65 Fender Jazzmaster, the control knobs are the "witch hat" white style (or close-to-white as they may be parchment colored), and look like this: 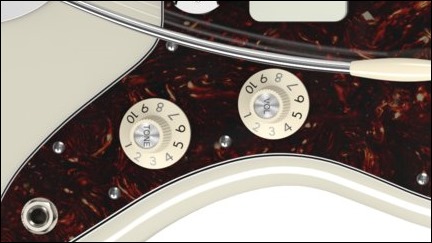 The Squier Vintage Modified Jazzmaster does not come with these. Instead, you get regular "skirted" knobs as seen on Stratocasters: 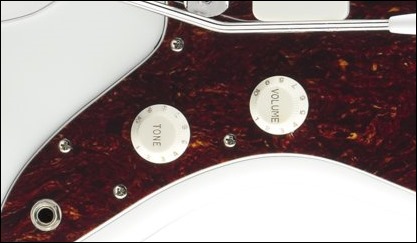 I've been wanting the witch hat knobs ever since I bought my Jazzmaster.

I looked on the Fender Store web site. No white witch hat knobs. So I emailed Fender Consumer Relations and asked where I could buy a set, as I was willing to spend the money. A canned reply arrived in my email saying my message was received and that they would get back to me.

That was 58 days ago. No reply from Fender whatsoever. I was puzzled by this as I have emailed them before about a different matter and got a quick reply. But I guess whoever is monitoring the Consumer Relations inbox these days either missed the email completely, or just completely ignored me. Bummer.

...made for a Gibson. But I'm pretty sure they will fit the potentiometer posts on the Squier Jazzmaster, and I'll explain why in a moment.

I bought 'em anyway. They should arrive before the end of the week.

Where did I get these? eBay, of course.

Why do I think these will fit right? Because they're made for split-shaft potentiometer posts, which the Squier Jazzmaster has. That, and I saw an instance on a forum where someone installed them and they seemed to fit well.

The only issue is that the knobs are stark white. However, I could darken them using coffee. All it would take to darken the knobs to parchment color is to drop them in cold coffee for somewhere between 15 seconds and a minute, and they will stain to the proper parchment color.

Got an email from someone pointing to a link on the Fender Store where the knobs are sold where they now magically seemed to appear. Black/Silver and Black/Gold ones are on Amazon now, and I'm sure the White/Silver ones will appear soon enough. Hopefully.

But they're nothing like the Vintage '65 knobs. At all.

This is what Fender sells at the time I write this: 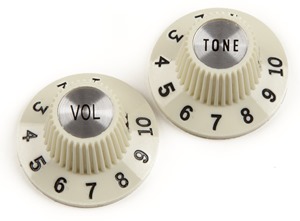 ...and this is what American '65 knobs are supposed to look like. Mostly. 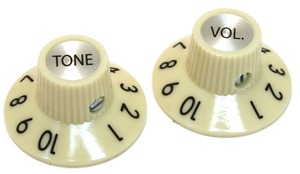 Why did I say "mostly"? Because on the example proper-look set above, the numbers are facing "in". But even so, they are way more accurate as far as the overall look is concerned.

Yeah, I am that particular when it comes to this stuff. What Fender is selling is absolutely not a proper Vintage '65 replacement Jazzmaster knob set.

I'll stick with my Gibson knobs because at least the set has a consistent look between the two. That and I already bought 'em, so... whatever, I guess. 😛