Why are barbers these days so terrible? 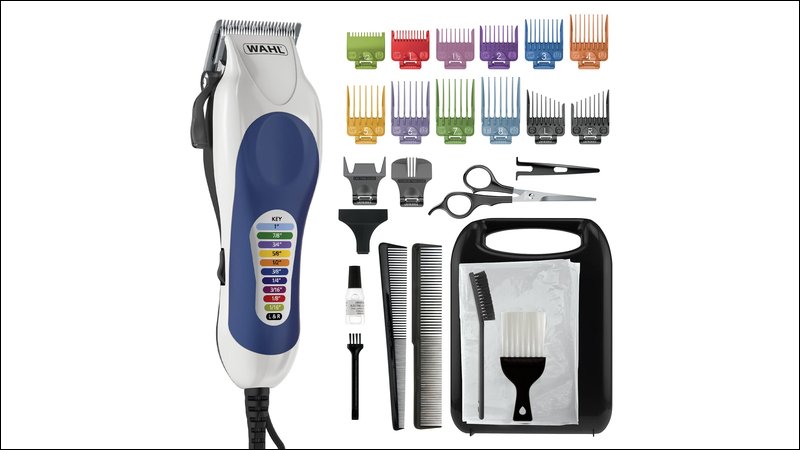 I thought this was something just due to my age, but it's not.

A big reason why Wahl hair trimmer kits like the one seen above sell so well is because there's hardly anybody left that knows how to cut men's hair correctly.

The only people left that know how to cut hair this way and do it properly are old guys that own their barbershop. A lot of these men are retiring or have retired.

A modern men's barbershop is a complete waste of your time and money to go to. These guys will charge you 50 dollars for some idiotic cut meant for a teenager and not a man. The "barber" will completely screw up what is supposed to be a simple haircut. You could even ask for the simplest cut in the world, the high and tight, and he'll find a way to screw that up.

After he's done making you look stupid, he'll smear some sort of scented chemical crap on your head that you didn't ask for that starts itching in minutes (they never ask if your skin is sensitive to certain chemicals or not).

After that, you will be charged 50 bucks and expected to fork over a 20% tip, which is another 10 bucks. This means you just spent 60 bucks to look like a complete idiot.

A modern salon is also a complete waste of time and money for a men's haircut. Most salons have only female stylists. I don't have a problem with that. What I do have a problem with is when I get in the chair and the stylist says, "Oh, wow! This is my first time cutting men's hair!" Translated, this means, "I have ABSOLUTELY NO IDEA how to cut your hair, so I'm just going to guess and hope for the best!"

This happens a lot.

During the cut, the stylist will ask you, several times, "Is this okay?" Again, this is because she has no idea how to cut men's hair correctly. What I'd like to answer that with is, "HOW AM I SUPPOSED TO KNOW?! YOU'RE THE FRICKIN' BARBER!" Of course, I don't say that out of courtesy, but I'm thinking it.

The end result of the stylist's cut is, of course, wrong. The only positive thing about the experience is that you pay less than you would at a modern men's barbershop. But in the end, you still leave looking worse than when you went in.

Want to know why a lot of female stylists have never cut men's hair? It's because many men have abandoned the salons completely. After a man gets his hair cut wrong enough times, he stops going.

If you're a man, over 40, and are sick and tired of bad haircuts, get a hair trimmer and start buzzing your own hair

I explained above how I buzz my head, but if you've never done it before, there's an even simpler way to do it.

The easiest men's haircut in the world

Wahl hair clippers with #3 attachment and blade in retracted position, i.e. "pulled back". That's it. One length over the whole head.

Beginner's mistake #1 is forgetting to go in all directions, especially around the crown.

The crown of your head is that little circle part on top near the back. Most guys have just one crown, although some have two. Obviously, hair doesn't grow out of there in one direction. You have to buzz in all directions so that all the hair ends up being the same length.

Beginner's mistake #2 is using the blade the wrong way.

Look at the photo above for reference. When buzzing, the color chart you see printed on the trimmer is supposed to be facing away from your head. Where the attachment is concerned, you do not push the tips into your head. Instead, you use the long side of the attachment to glide over the head, just with a little pressure. 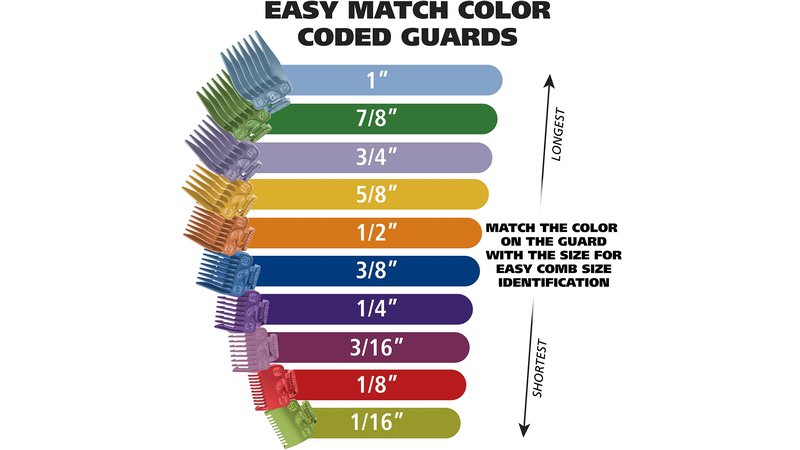 That chart isn't just for show.

Also, there is a reason you can extend or retract the blade with the black lever on the side (which you can see in the above photo). By extending, you can add a half-inch, which is helpful for blending if you want to try that, although you don't have to.

Is any prep required before buzzing hair?

Yes. Wash your hair first with shampoo first and thoroughly dry. You do this to make buzzing easier and to prevent the hair trimmer blade from getting jammed.

Everybody gets a bad haircut once in a while. But it would seem in modern times that bad men's haircuts happen a lot. I've seen the aftermath of bad cuts on other guys.

The older gents who have mostly gray/white hair who unfortunately went to the modern men's barbershop are especially embarrassing. I can instantly spot one who just got out of one of those awful shops. Hair is full of some chemical goop, combed in some weird way, and styled to look as if they're going to grab a skateboard and start hitting the ramps. That guy just spent 60 bucks and looks like a fool. It's sad.

This is why it's better to buzz your own hair:

A hair trimmer more than pays for itself after just one haircut.

Even if your cut doesn't come out perfect, it's still better than paying some guy 60 bucks for something that would look even worse.

You can get a haircut whenever you want. No need to make an appointment because you're the barber. No need to drive anywhere because all you have to do is walk to the bathroom. How often should you buzz you hair? Once a month is good enough for most guys.

If you're sick of the bad haircuts, start buzzing your own hair. I'm certainly glad I did.