Why does anyone keep buying the same stuff over and over? 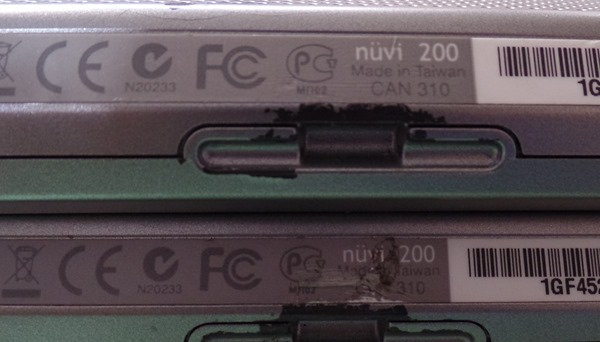 This happens with pretty much anything one considers "good."

While I don't hoard, there are times when I will either re-buy something or buy something "in twos" just because I like it so much.

Going back to a Squier Jazzmaster is an example of me re-buying something I really like. I bought one before, wore it out, traded it out, and a few guitars later bought it again just because it really suits me.

Sometimes I will buy a thing that's not a re-buy, but rather an updated version of something I really liked before. At the time I write this, I have a Casio B640WD-1A wristwatch on order. Expensive? Not in the slightest. But it has every feature I want out of a watch. It took me going through a few Casio watches before I found this specific one that has weekday/month/day on the face, alarm, stopwatch and countdown timer. It's basically an F-28W with added features.

Then there are times when I will revert back to older stuff just because it works best. My most "extreme" example of this is a pair of Garmin nuvi 200 GPSes I own, pictured above. I had to hunt far and wide to find the right pair of these, so here's the quick story on that.

Given the fact you can use free OSM maps to update older Garmins now, you can use any GPS you want. I like a very specific model of 200, that being a 3.5-inch white-sticker model where the serial starts with 1GF.

As noted above, it took me months to find two of the white-sticker/starts-with-1GF-serial 200 models.

Why own two? One gets used regularly, and the other is a backup that sits in the glove box. If the first one fails, I have another ready-to-use.

Also, I knew that if I didn't buy a pair of 200s now, the chances of getting one in the future will be slim to none, given that most people throw these things out. I'm happy to own the pair of 200s I do, even if they are a bit beat up.

If it was good before, it will most likely be good again

If you had something before, be it a guitar, pedal effect, piece of technology or whatever it was and you know it's good, then yes, go ahead and buy it again.

Sometimes newer isn't better. Sometimes the older stuff is the only way to go.

The best scenario is when you can re-buy something that is still being made right now brand new.

Is it worth it to spend extra on a re-buy?

The best example of this is my pair of nuvi 200s. Total cost for both was $63. Worth it? For me, yes, because I know exactly what the unit is capable of. I know there is nothing better.

A re-buy I will most likely never do is buying a copy of my first Squier Strat guitar. I know exactly which guitar to get, what serial number style to look for, etc.. I also know what problems I will encounter with it, which parts I can replace, which parts I can't, and so on. What would start out as an under-$250 purchase would balloon to a lot more just from all the stuff I'd have to buy to make it a workable instrument. Worth the hassle? Not really.

Is it worth it to buy doubles?

Again, that depends what it is.

Buying two identical guitars is a bad idea, because one will get played and broken in, while the other never gets played, sits in a case and eventually becomes ruined from non-use.

Buying a double of a guitar effect pedal is fine because that doesn't require any breaking in whatsoever; your backup pedal will obviously sound just like the first.

Buying a double of a tech item is fine if it is not totally obsolete.

This one takes a little more explanation.

My two nuvi 200s are both obsolete as they were made about 7 years ago, but are still very usable. All they needed were new memory cards, a firmware update and a modern map data image.

The Casio wristwatch I bought, even though brand new, is obsolete because it has decidedly retro styling and retro functionality. But it's totally usable as a timepiece.

Something I have in my possession which is totally obsolete is an old HP laptop running Windows 98. It is a useless machine that would be a chore to use if I had to. The only reason I've not thrown it out is simply because I keep forgetting to do so (but probably will after I write this.)

In the end, it's perfectly okay to buy obsolete stuff as long as you have a practical use for it. If that involves a re-buy or two of something you had before, so be it. Use whatever is needed to get the job done the way you want it done.