Why I own a backup GPS, and how to get maps for free 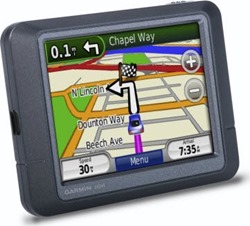 Right now I use a nuvi 40LM model, and it's been working great. I've been updating the maps on it regularly along with performing firmware updates as well. It's the backup I have that's in pretty bad shape.

The backup I've had up to this point is my first GPS, the StreetPilot i3. But because it's been kicked around so much since it was bought new in 2005, it now barely works. The plastics on it are cracking and literally falling apart, the antenna is barely able to acquire a signal now (it takes at least 10 minutes to get a solid connection,) and while I did put a 2GB microSD card in it and stuffed that with over 1.5GB of 2014 map data, the i3's processor takes a long time to crunch through that data to calculate a route.

I paid $400 for that i3 originally, and it still works 9 years later, but just barely. I definitely got my money's worth out of it. But I can't have a barely-working satnav backup, so it was time to get a backup that works properly and has a high-sensitivity receiver. None of the i-series had high-sensitivity receivers in them, so the replacement backup had to be a nuvi.

Why have a backup satnav?

I knew since I first started using a satnav in 2005 that there was no way I would go back to driving without one. Unless I'm taking a really short trip, the satnav is always on while driving.

Used satnavs are now cheap enough to where it was time to buy a proper backup. I could have even bought the exact same 40LM used (the LM means "Lifetime Maps" for free map updates, by the way) for under $60. But I specifically wanted the 3.5-inch.

When you compare a 4.3-inch widescreen to a 3.5-inch, the only advantage of the 4.3 is a QWERTY layout. That's it. The features are identical otherwise, the text is the same size and the map information is the same size. If you want something more legible, you get a 5-inch, 6-inch, 7-inch or use an iPad loaded with Garmin StreetPilot onBoard. But if you need an iPad display while driving just to see the map, um... you need your eyes checked. 🙂

Also, a 3.5-inch fits easier in a glove box or center console.

How to get maps for free?

Any Garmin StreetPilot "c" or "i" series that has a memory card slot, or any Garmin nuvi model, and one SD or microSD card that is at least 4GB in size.

If your Garmin satnav was made in 2008 or later, you can use any memory card up to 32GB (although I wouldn't use more than 16GB.)

If you're unsure when it was made, use a 4GB card.

It is highly suggested you use a NEW memory card so the data transfers correctly, and so you don't encounter satnav lock-up from using an old memory card with worn-out contacts. There are plenty of new 4GB cards for cheap in SD and microSD form factors. You don't need anything more than a class 4 speed. You could even get away with using a class 2.

If using an old memory card, back up the data on it first - especially if it's coming out of a satnav you already use that has map data on it that you may want to save just in case you don't like the new maps.

How to install the data

Format the memory card in your computer and use a FAT32 file system. Windows should automatically do this when you format it.

The download is a ZIP with a map image file in it.

On the new memory card, create a folder called Garmin, then copy the image to that folder. Be patient when the file is being copied to your memory card. It's big. On a 4GB class 4 card, it may take as long as 10 minutes to copy the file. It doesn't matter how fast your computer is because it's the card itself that's making the transfer slower.

After the file is copied, eject the card from your computer, put into the satnav, boot the satnav, go to Settings/Map/Map Info, select the new map file by placing a checkmark (you touch the checkbox on-screen to do that,) and that's it. Now you have current, up-to-date maps that are ready-to-use.

Once I boot up the nuvi, I go to select the new map data I just downloaded. 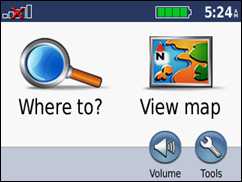 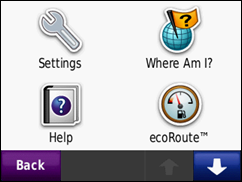 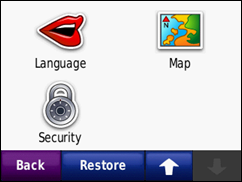 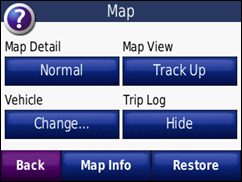 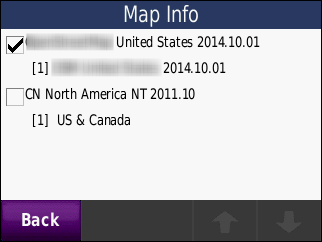 The CN North America 2011.10 is the old data that's stored in my nuvi 255's internal memory and not the microSD card. I don't want to use that, so I just uncheck it.

Are these maps any good?

Yes. It's updated on a weekly basis for the US data set.

Does this mean you have to update your maps every week? No, because that would be annoying, considering how large the download is. My personal recommendation is to update once every 6 months.

Are these maps good enough for everyday use?

Yes. You can use them the same way you did your old maps, and all your favorites/waypoints should work just the same as they did before.