Will looper drums ever not suck? 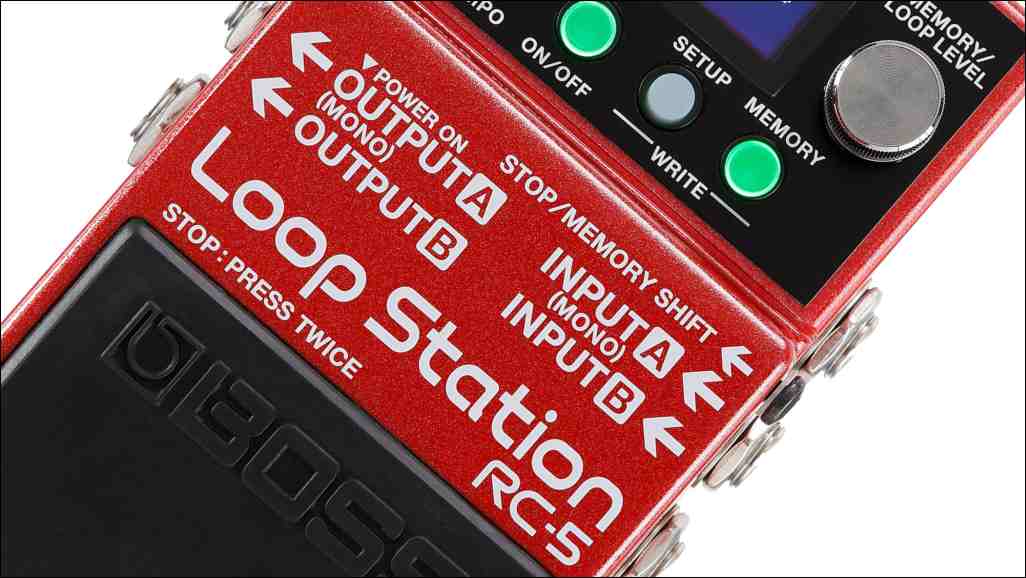 It is amazing that this problem still exists.

Guitar loopers are great. Truly. A basic looper starts at around 50 bucks. Not expensive. For most people, a cheap looper works just fine.

However, you may want more from your looper, such as the ability to store separate loops, add effects, reverse the audio, have a click track...

...and have accompaniment, meaning drums. Well, that costs more. The go-to loopers for that sort of thing are the Boss RC-5 Loop Station and DigiTech Trio+. The Trio+ by the way is a true "band in a box" with looping, drums, intelligent bass (as in the thing will actually create a bass track for you), intelligent pattern recognition and a whole bunch of other stuff. That thing is absolutely stuffed with goodies and options.

But there are two problems...

The offerings from Boss and DigiTech are incredible. Heck, Boss even has a gigantic floor unit with the RC-300 model. Crazy good stuff.

In all fairness, both Boss and DigiTech have tried really, really hard to make their looper drum machine samples sound better. Over the years, improvements have been made. Unfortunately, the kits still sound obviously fake.

The fix: Both Boss and Digitech need to offer options for purposely electronic-sounding kits in their loopers. Yes, both technically offer this, but they've not really committed to it. When I say electronic-sounding, I mean something like you'd hear come out of a Korg Volca. I'm not saying to offer the pattern programming of a Volca, just the sound of something like it. Instead of trying to go ultra-realistic, which obviously doesn't work, go the other way and put in stuff that sounds more electronic.

What I'm specifically referring to here is the drum machine "losing time" with the recorded sample, as in the loop.

The fix(?): For most people, this is an unfixable problem.

Where the problem originates is that you have a recorded sample phrase (your loop) and rhythm software (the drum machine) both attempting to start, end and repeat at exactly the same time. Regardless of how fast the processor is or how much memory is installed, there will be instances where the recorded sample phrase and/or the rhythm software won't re-trigger where it should; this is where the out-of-time thing happens.

There is only one fix I know for this problem. Don't use a looper and instead use a multitrack recorder.

With the Zoom R8 standalone multitrack recorder - which does have a drum machine in it - I can combine tracks and the drum machine all to one track. When there is just one track, as in one phrase, that is guaranteed to always sound the same when looped and always trigger/re-trigger properly.

Is there a way to do this on-the-fly? No. I only mention it so you know that yes, a fix exists, but it has to be done manually.

On a looper pedal with drum machine - and I doubt what I'm about to say will ever happen - the only possible way to get precise phrase + drum loops is if the pedal a) took the recorded phrase and drum accompaniment, b) combined that into a single phrase temporary file, c) played that temp file back on demand, and d) removed the temp file once the looper is stopped, while at the same time keeping the original phrase and drum pattern for user adjustment, if any is needed.

A lot of background processing and file writing would need to happen to make any of that work reliably, hence why I say it will probably never happen.

If none of this makes sense to you, don't worry, it doesn't have to. All you have to know is that all looper pedals with drum machines have sync problems. The longer a loop + drum machine plays, the more likely an out-of-sync issue can (and will) happen.

Does throwing more money at a more expensive model solve the problem? No, but there are a few things you can do which can mitigate the sync problem:

I still think loopers are great, but looper drums do suck

I should note that I'm not talking about table top loopers (like the Boss RC-505) but rather the stuff specifically meant for guitar players.

For the stuff available to guitar players, it's nice drum machines exist in more expensive looper models, but they have so-so performance at best because of the sync crapola that happens.

For looper-only functions, oh yeah, that works. No question about that. For drums, not-so much and sync issues happen. That's just the way it is.