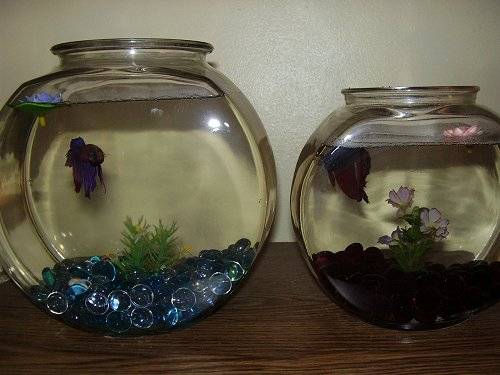 My two fish. These are bettas. Nice, easy low-maintenance fish - my favorite kind. Why separate bowls? Because if you put two bettas in the same bowl they kill each other (for real).

Oh, small note, those bubbles at the top are bubble nests. Bettas like to do that. 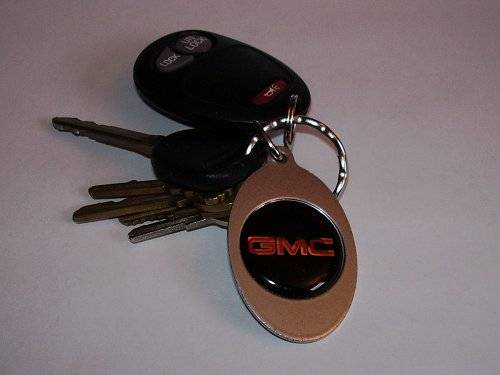 I bought this keychain over the weekend at the same time I bought the part I mentioned before. It looks cool.. or at least I think it does. You don't see too many GMC keychains out there anymore.

And yes the keychain is 100% metal, except for the GMC logo obviously.

The perils of owning a new vehicle

Today I had to get an aftermarket part for my truck. My truck is a new model that was introduced in 2004 (mine's an '05). I had to get a really stupid part that cost only 20 bucks and had to drive pretty much all over Massachusetts before I could find the part. And yes, I did find the part and the part works - but it wasn't easy finding it.

For most of the previous vehicles I've owned, parts came by really easy. If you own something like a Chevy Cavalier or Chevy S-10 or a Ford Taurus or Dodge Neon or anything that's been around for a while, you can pick up parts almost anywhere (like light bulbs, floormats and other little things like that). I mean, heck, even Wal-Mart has parts for vehicles that have been around for a while.

For newer vehicles or ones that had a really short run, parts are damn near IMPOSSIBLE to find. I fondly remember when I had my 1985 Toyota Celica GT-S (which to this day was the best car I ever owned). That vehicle had a run from 1982 to 1985. Very short run. I had to get one part to pass Connecticut inspection, a small piece of reflective marker plastic. It couldn't have been more than 2 inches long by a half-inch high. Took three weeks to find that tiny little piece.

My recent previous vehicle, the Oldsmobile Alero, also had a short run from 1999 to 2002. Parts were not easy to find for that either if you wanted to customize the vehicle at all.

Hopefully the vehicle I have now will have a run of at least 5 to 7 years. At least then I'll know when I need parts, I'll actually be able to find them. 🙂