Pop took his 2000 GMC Sonoma to (finally) have his steering alignment corrected, because the truck pulled to the right. Turns out there were three bad ball joints. Even though Pop has an extended 100,000 mile warranty on the vehicle (which by the way I insisted upon when he bought it), I was reasonably certain ball joints would not be covered. To my surprise, they are covered, so good for him. The truck will be fixed next week.

In addition to getting the Sonoma fixed next week, I will be heading North to look at a few houses, as I said before. I'm fast finding out that home buying is just not fun. It doesn't matter whether you have money or don't have a lot of money -- the process just plain sucks, mostly due to realtors. Houses are plentiful almost anywhere you go, but the realtor thing doesn't exactly inspire confidence in the house buying decision. Sometimes it appears that they'll offer you the world to you and be the nicest people on Earth. Other times it seems like they just don't care. Realtors are just weird like that.

I've found that many homes up North are built on concrete slabs rather than foundations with basements. Here in Connecticut, just about every house has a basement. It's par for the course. You would have to search a little harder than usual to find a house here without one. The few houses I have seen around here built on slabs are usually vacant; people want their basements. I personally don't care whether a house has a basement or not. If I need extra room to put my crap, I'll buy a shed.

Up North offers a much wider variety of build styles to choose from. You can go Saltbox/Gambrel, New Englander, Cape, Ranch, Colonial, Cottage and so on. In Connecticut, it's Ranch, Ranch, Ranch, Ranch, Ranch, Ranch.. maybe Colonial, then Ranch. Did I mention Connecticut has lots of Ranch houses? I think I did. If you live in Connecticut, you probably are in a Ranch styled house right now. I am. Small example: There's been a lot of housing construction in Dayville (where I live) going on. Ranches galore, with most of them being modulars.

If I can ever get past the whole realtor thing (which is fast becoming extremely annoying), I should be able to nail a house that suits. The style I'm shooting for is either going to be log cabin or Saltbox/Gambrel.

A saltbox style has one end of the roof that is longer than the other. It's distinctive and the floorplan is really easy to work with. Excellent use of space.

Gambrels have a "barn" like look to them. It's kinda/sorta like a Colonial, but without so much of that boxy shape.

There is also something called a "modified Gambrel" which is a cross between a Saltbox and a Gambrel shape. Were I given a choice I would pick this above all others. Unfortunately I don't have an example of it - but it's cool, trust me. Best of both worlds. Nice open floorplan, nice lines on the outside. Works very well.

Quick link because I know a few girls who ogle over houses like this (I don't like them personally), the Victorian.

I also mentioned the log cabin home. I will be looking at one or two of these, and I'm going to ask a lot of questions, such as "Was this a kit built house?" among others. There are just a lot of things that can go wrong with a log cabin style house if you don't know what you're buying.

It's rare these days when I laugh out loud at something I see on the 'net. This is one of them: Complaint from seat 29E.

If I ever fly Continental Airlines, if that seat number comes up I will flat-out refuse to sit there. Read the link above and find out why. 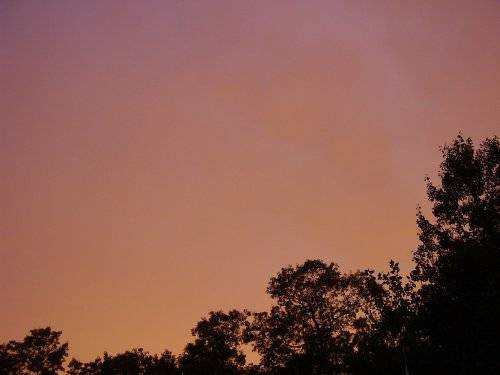